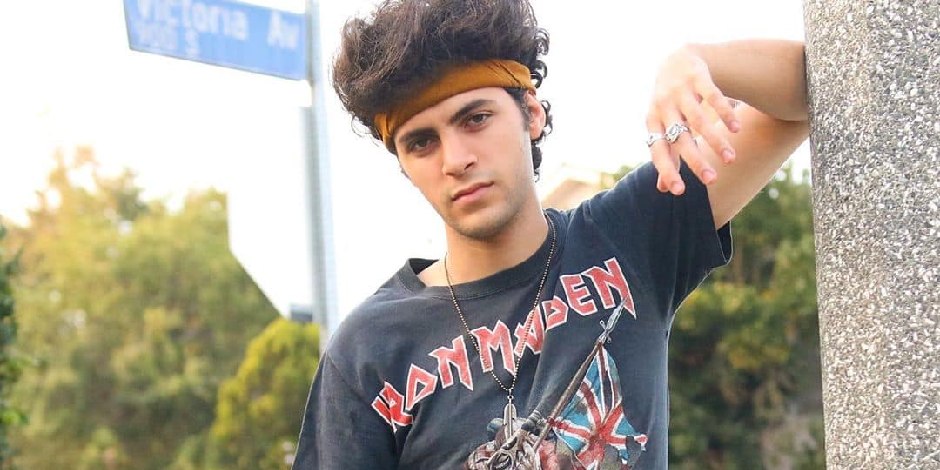 Ethan Bradberry is an American YouTuber and vlogger well-known for his YouTube channel, MoeAndEthan which he opened with his brother, Mohammed.

He is known for his hilarious and daring prank videos. The channel has gained over 2.76 million followers with millions of views.

Ethan was born on 27th October 1992 in Brooklyn, New York, United States. He was born to Palestinian parents who are immigrants from Palestine. Ethan hasn’t disclosed the name of his parents yet. But he was raised along with his two brothers, Omar, Mohammed, popularly known as Moe, and two sisters whose name is yet not been revealed publicly.

Ethan has American nationality and mixed ethnicity. He has Scorpio as his birth sign. Ethan grew up in a wealthy family household who was hilarious and good at pranking jokes. Further information regarding his parent’s profession and childhood is still a mystery to us.

Ethan Bradberry is an educated man. He graduated his high school from a local high school in New York. Ethan then graduated from Touro College with a degree in science. He is currently working as a cardiothoracic surgeon at John Hopkins University.

How did Bradberry start his Career?

Ethan opened a YouTube channel in 2014 with his brother, Moe. In the channel, Ethan and his brother make prank videos. Some of the first videos are “Fighting Prank! -College Edition,” “I’m The Bosses Son Prank!,” “Taking People Cigarette Prank!,” and many more. Some of their videos have gained millions of views including “Extreme Sitting On People Prank! (GIRLS EDITION),” “The Domestic Abuse in Public! (Social Experiment),” “Asking Strangers For Food VS Asking The Homeless F…,” and so on.

Bradberry opened his channel, Ethan Bradberry, in August 2017. He has now gained over 27.3 thousand subscribers. Ethan’s prank may be quite a daring one but he has also served jailed time due to failed pranks. During the shooting of “Fight Me Now in the Hood” various controversies rose because of his hateful ethnic insults. He was accused of being racist and giving racist comments during the pranks. Thankfully, Ethan has learned from his mistakes and is back to making funny video content for his channel.

Ethan Bradberry is secretive when it comes to opening about his personal life. He is still single and does not have any children yet. Neither has Ethan ever mentioned or introduced us to his lover. He is currently enjoying his life and busy with prank videos. He currently resides in Brooklyn, New York.

Ethan Bradberry is 28 years old turning 29 in November 2021. He is a handsome man with attractive features. He stands 5 feet 8 inches tall which is about 173 cm. He possesses brown eyes and curly black hair. Ethan is known for his dark eyebrows and unique Asian feature. He has a straight sexual orientation. Further detailed information regarding Ethan’s physical measurements is yet not disclosed.

What is the current net worth of Bradberry?

Ethan Bradberry has an estimated net worth ranging from $1-$5 million as of 2021. He is not only a successful prankster but he is also currently working as a surgeon. Ethan is living a luxurious life doing what he enjoys most. He spends most of his time making prank videos and his channel has been gaining more and more subscribers. Ethan has been into one of the expensive restaurants in New York hence we can say that he is living life to the fullest.