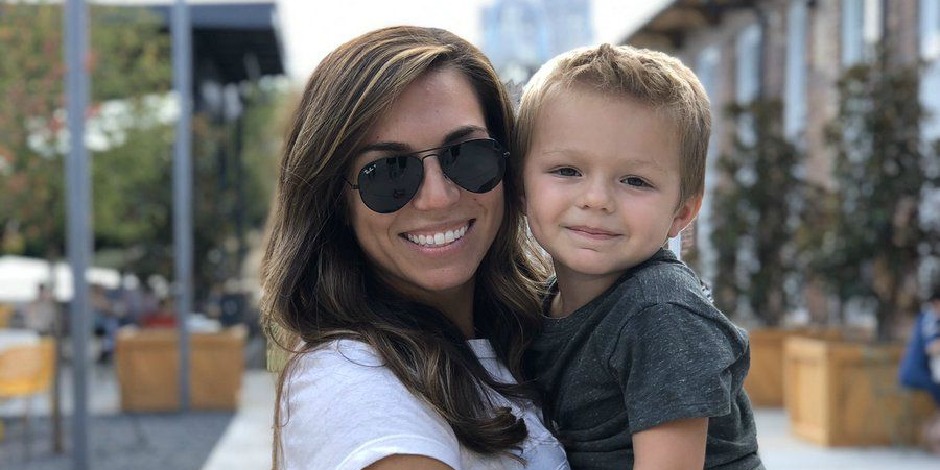 Samantha Sheets is popularly known for being the ex-girlfriend of former professional American dirt track racing driver, Kasey Kenneth Kahne or popularly known as Kasey Kahne. She is also the mother of Kasey Kahne’s only son, Tanner Kahne.

Samantha Sheets was born on 27th June 1991 in Westville, Indiana, United States. She was born to mother Tish Sheets and father John Sheets. She grew up with her sibling, Colby Sheets in Westville. Her mother Tish Sheets is an Executive Director of World Racing Group and former racer herself. She has American nationality and white ethnicity. She was born under the star sign, Cancer.

You might also wanna check out on Samantha Speno, EX-Wife of wrestler Randy Orton

Samantha Sheets is an educated woman. She completed her high school in her hometown, Westville. She later graduated from the University of North Carolina in Chapel Hill. Her sibling, Colby attended East Caroline University.

How did Samantha start her Career?

There is no information regarding the professional career of Samantha Sheets. She hasn’t disclosed any information about her work. However, she seems to enjoy track racing. She probably met Kahne due to their similar interests. Her mother, Tish has been in this business for a long time. Her mother was a racer herself and later became the Executive Director of World Racing Group in 2016.

Her former boyfriend, Kasey Kahney is a well-known professional racer. He is considered one of the greatest car racers of all time. He started racing since he early teen and is now has won the NASCAR Cup 18 times.

Who is Sheets married to?

Samantha was previously in a relationship with former professional stock car racing driver and current dirt track racing driver, Kasey Kahne. The couple started seeing each other back in 2014. After dating for a year, she gave birth to their first son, Tanner Lee Kahne on 13th October 2015. Following the birth of Tanner, the couple decided to break up their relationship.

As of 2021, Samantha is currently living a happy life with her husband Billy Fraser whom she tied her knot to on 11th November 2019. Her son Tanner lives with Samantha herself however, she still has a close relationship with her previous boyfriend and father of her child, Kasey Kahne. Despite their separation, the couple is working together to grow their son. She posts several photos of her husband, son, and previous boyfriend together.

As for Kasey Kahney, he hasn’t settled down yet and he has been dating several women since then. He is currently in a relationship with an American reporter, Amy Long.

Samantha Sheets is currently 29 years old turning 30 in June of 2021. She has brown hair which she has highlighted with blonde color. She has average height and a slim body build. She wears black specs. Further information about her physical statistics is still a mystery to us.

What is the current net worth of Sheets?

There has been no estimation made regarding the net worth of Samantha Sheets yet as we are still unclear about her profession. As for her former boyfriend, Kasey Kahne has a whopping net worth of 60 million dollars as of 2021 and more to go. Her mother Tish who is the Executive Director of World Racing Group is also a millionaire. Being born and raised by a wealthy family, she has adopted a wealthy lifestyle since her childhood. Looking at the latest picture of Samantha, we can see that she is living a pretty normal life with her husband and son.