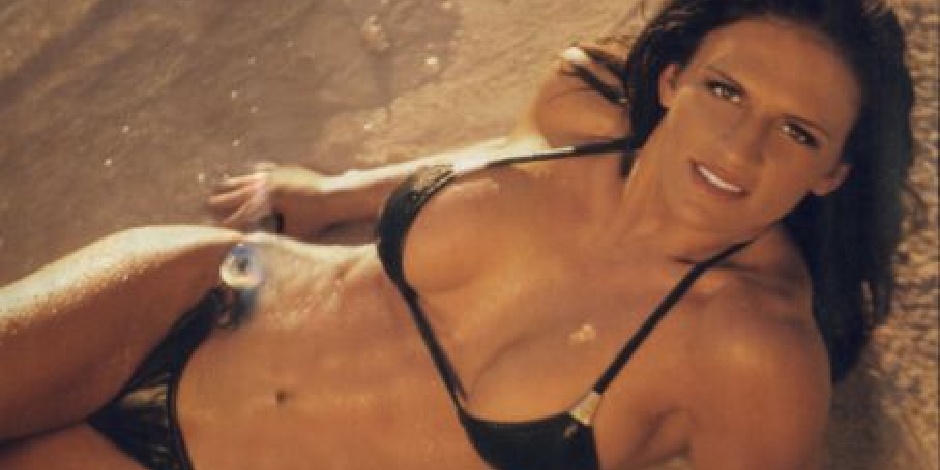 Where was Sara born and raised?

Sara holds an American nationality, and as per her ethnic background, she belongs to the ethnicity of Caucasian white. Further, she follows the Christianity religion.

Check out the latest updates on Kaia Faith Calaway

Sara Calaway grew up beautifully with her family in a good environment. She was interested in wrestling from her childhood, so that she started following her wrestling career. Further, there is still a question mark about her childhood and family as she is a quiet person.

Calaway’s educational background has been kept secret, so there is still a question mark about her academic qualification.

Professionally, Sara Calaway is also a professional wrestling valet and a one-time wrestler. But she gained all the fame and success in her career after she married her ex-husband, The Undertaker. Undertaker is a famous American retired professional wrestler, popular for his career in WWE.

What is the current relationship status of Calaway?

Sara Calaway married twice in her life, where her first marriage was with her ex-husband The Undertaker, whose real name is Mark William Calaway. He is an American retired professional wrestler, famous for his career in WWE from 1990 to 2020.

The couple married in 2000 and lived their happy married life together for seven years. Together they gave birth to their beautiful two daughters, and their names are Chasey and Gracie.  Chasey was born in 2002 where Gracie was born in 2005.

But, the couple ended their marriage after they divorced in 2007. After divorce, Sara married another man named Jason Schnuit in 2009, who is an actor. Currently, the couple is living their happy life together, enjoying their romantic life.

Sara was not his first wife. She is the second one as The Undertaker had already married his first wife, Jodi Lynn, in 1989 but divorced in 1999. They had a son named Gunner Vincent Calaway together, who was born in 1993. After Sara, he married his current wife, Michelle McCool. In 2010, they gave birth to their daughter named Kaia Faith Calaway.

Check out the latest updates on Eric Ochoa

To talk about Sara Calaway’s physical statistics, she has a height of 5 feet 10 inches (1.78 m). She has a fit and slim body with blonde hair and brown eyes. Further information has been kept secret as she is secretive about her personal life.

The Undertaker is active on Instagram with the tag name (“@undertaker”), where he has 3.6M followers and posted 103 posts. In addition, he has posted many photos and videos on his Instagram account that received many likes and comments.

Check out the latest updates on Jodi Lynn

A beautiful active, talented Sara Calaway is a professional wrestling valet and a one-time wrestler who grabbed people’s attention as an ex-wife of The Undertaker. Currently, she is living her standard and cheerful life but is quiet about her net worth, whereas his ex-husband has an estimated net worth of $17 million.