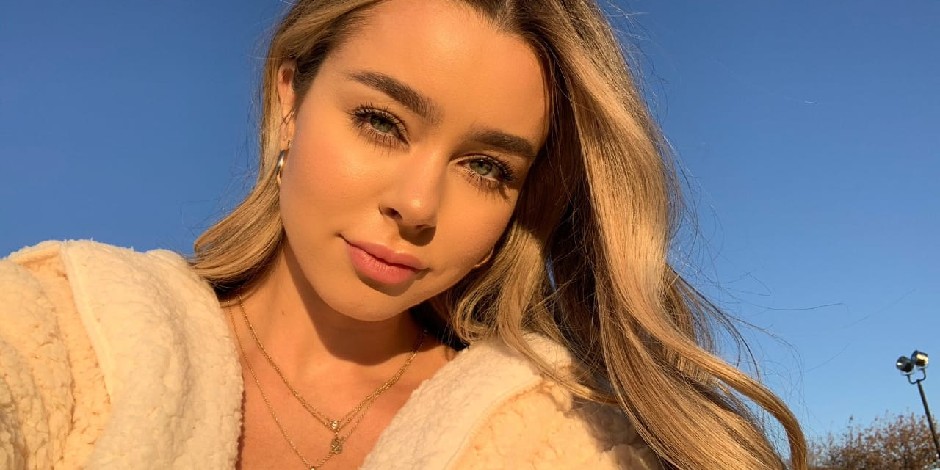 Sierra Furtado is a Canadian social media celebrity and YouTuber popular for her vlogs. Furtado’s vlogs include a mix of all types of content including health, makeup, fashion, trends, Q&A, couple goals, decorations, and many more.

Where was Sierra born and raised?

Sierra Furtado was born on 24th September 1993 in Montreal, Canada to Canadian parents, Angelo Furtado and Louise Furtado. Her birth name is Sierra Marie Furtado and she was raised in Vancouver along with her older sister, Amanda Furtado, and brother, Corbin Furtado.

Furtado has Canadian nationality and white ethnicity with English and Portuguese descent. She was born under the star sign, Libra. Furtado is fluent in French.

Sierra Furtado completed her high school education in her hometown, Montreal from a local school. She later graduated from Concordia University in Montreal, Quebec.

How did Furtado start her Career?

Sierra Furtado started making vlogs in October 2012. Her channel has since gained over 2.56 subscribers and over 166 million views. Her videos are related to fashion, shopping, beauty, gifts, DIY, shopping, and all sorts of girly things. Some of her most-watched videos are “Letting The Person In Front Of Me Decide What I Eat!,” “PREGNANCY PRANK ON MY BEST FRIENDS!,” “HOW TO GLOW UP + BEAUTY LIFE HACKS!,” “MORNING ROUTINE FOR School 2015!” and so on.

In 2013, Furtado opened another YouTube channel, Sierra Vlogs where she solely uploads the videos of her vlogs of travel, holidays, shopping, valentines, and so on. Her latest videos such as “Europe Vlog! Paris! St Tropez! Monaco! Mykonos!,” “Chanel haul! Mukbang is a Maybach! Being boujee all day!” “New house!? Fancy Newport yacht event!” makes any viewers crazy about her luxurious lifestyle. Furtado has also opened Tik Tok where she has gained over 540.4 thousand followers. She can be connected by @sierrafurtado on Tik Tok.

Who is Sierra in a relationship with?

Sierra Furtado has been in several relationships to this date. Her first known relationship was with YouTuber, John Tryhane. They dated from 2011 till 2015 and during that year, the couple appeared in each other’s video. Since 2016, Furtado started dating YouTuber, Alex Terranova. The couple also got engaged in May 2017 and adopted a pet dog, Penny, and a cat, Louise. Unfortunately, they broke up in 2019.

Since 2020, Furtado has been in a relationship with an entrepreneur, Sam Winkler. Winkler is the co-founder of Liquipel and currently serving as the CEO of the company. Winkler occasionally appears in the vlogs of Furtado.

Sierra Furtado celebrated her 28th birthday on September 2021. She is a beautiful woman possessing a slim and attractive body. She stands 5 feet 4 inches tall which is about 162.5 cm and weighs 48 kg or 106lbs. Her lean physique, dark eyebrows, long lashes, and almond eyes are some of Furtado’s distinctive features. She further has blue eyes and brown hair which she highlights with a blonde.

Furtado takes great care of her body. She practices yoga and some home workout to maintain her model-figure body.

What is the current net worth of Sierra?

Sierra Furtado is living a successful and luxurious life. She makes a good fortune from her two YouTube channels. She has an estimated net worth of over $7 million as of 2021. In early 2021, Furtado bought a luxurious house with her multi-millionaire boyfriend. She spends thousands of dollars for her shopping which includes Chanel, Gucci, Dior, as well as luxurious vacations in Paris, Europe on a private jet. Furtado has also endorsed several clothings and cosmetic brands.