Sofia Kenin who also goes by her nickname “Sonya” is a professional tennis player from the United States of America. She turned pro in 2017. Her highest career ranking is number 4 which is also her current ranking as of October of 2020. To date, she has won 5 titles in singles and 2 titles in doubles. She was initially coached by her father and was an excellent player ever since she was a child. Her father Alex Kenin is still her coach. She is a right-handed player and makes two-handed backhand plays.

Where was Sofia Kenin born and raised?

Sofia Kenin’s birth name is Sofia Anna Kenin. She was born to parents Alexander Kenin and Svetlana Kenin on the day of November 14 of 1998 in Moscow which is located in Russia. Her mother was a nurse and her father was a tennis player but only played recreationally. They moved to the USA after her birth with only US$286 in hand. She started playing tennis at the age of 5. After seeing the potential in her, her parents arranged a meet with Rick Macci who went on and coached her till she was 12. 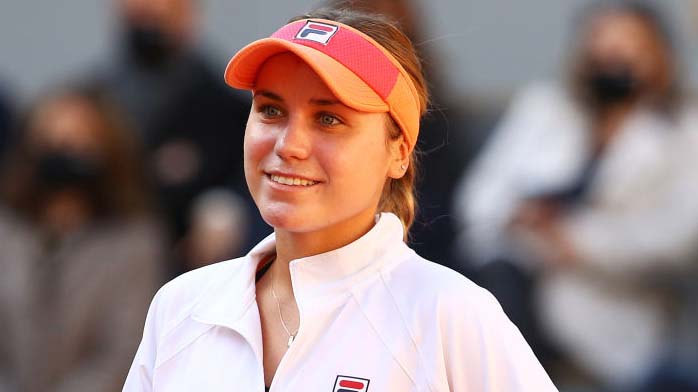 At the age of 7, Sofia Kenin was the top-ranked player in Florida in USTA’s 10 and under division. She was famous in the tennis scene and was known by many for her excellent skills. She played exhibition matches against players like Anna Kournikova and Venus Williams at an early age.

What is the relationship status of Sofia?

Details about Sofia Kenin personal life are extremely sparse. She currently resides in Pembroke Pines which is located in Florida, USA. It is speculated that she is currently single and isn’t seeing anyone. She doesn’t have any children and hasn’t been married yet. She is extremely focused on her tennis career.

How did Kenin start her Career?

In 2014 Sofia Kenin took fourth place at the Summer Youth Olympic Games with her partner Renata Zarazúa.  Then she reached the peloton as a qualifier at the Coleman Vision Tennis Championships 2014, where she lost 3: 6 and 3: 6 to Petra Rampre in the first round.  At the end of September, she won the Junior Fed Cup with the US team.  In December she won the Orange Bowl, the most important junior tournament after the four Grand Slams.  In the final, she beat Ingrid Neel 6: 3 and 6: 3.

At the beginning of 2015, Kenin was in the final of the $ 10,000 tournament in Gainesville, but lost to Katerina Stewart in three sets with 4: 6, 6: 4, 4: 6 and just missed her first tournament win.  In early August she received a wildcard for the main draw at the US Open for her victory at the National Hardcourts Championships in San Diego, where she lost to Mariana Duque Mariño in the first round.  In the juniors, she reached the individual finals, which she lost to Dalma Gálfi 5: 7 and 4: 6. In 2016, Kenin won her first ITF tournament as a qualifier in the American Wesley Chapel at the end of January, beating Czech Jesika Malečková 6-2 and 6-2 in the final of the $ 25,000 tournament. 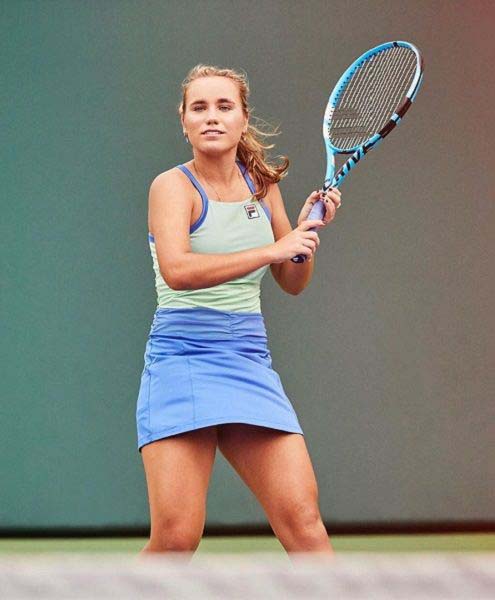 After winning the FSP Gold River Women’s Challenger 2016 in Sacramento at the end of July and the advance into the top 250 of the world rankings in singles, She received a wildcard for the main draw in the women’s singles of the US Open 2016, where she beat Karolína in the first round  Plíšková left. For the Fed Cup team of the United States, she played for the first time in the final in 2018. She lost both appearances in singles. In early 2019, she won her first two WTA titles.

The first in doubles in Auckland at the side of Eugenie Bouchard, after they defeated the pairing Paige Mary Hourigan / Taylor Townsend with 1: 6, 6: 1 and [10: 7] in the final.  The individual title in Hobart followed only a week later, after beating Anna Karolína Schmiedlová 6: 3 and 6: 0. On February 1, 2020, she won her first Grand Slam tournament at the Australian Open.  On the way to the title she defeated u.  a.  the world number one Ashleigh Barty and in the final the two-time Grand Slam winner Garbiñe Muguruza. 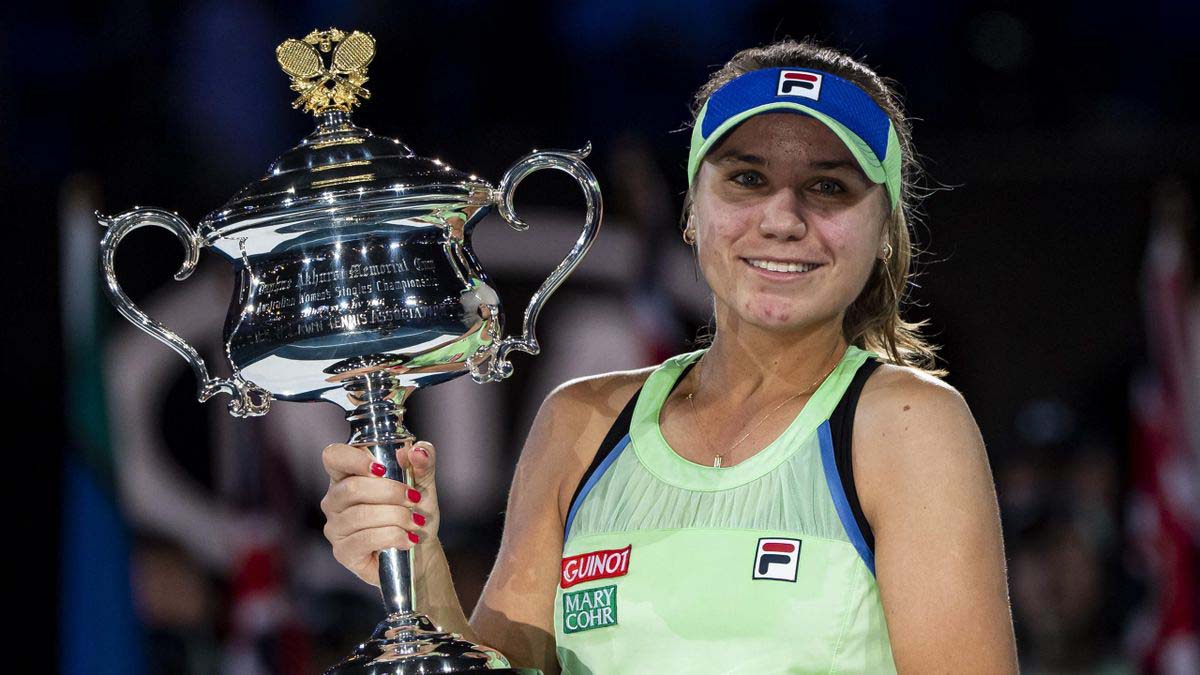 What is the Current Net Worth of Sofia?

Sofia Kenin’s net worth is estimated to be around US$ 2 million as of January of 2021. She makes most of her fortune from being a professional tennis player. Sofia is endorsed by FILA and Babolat.