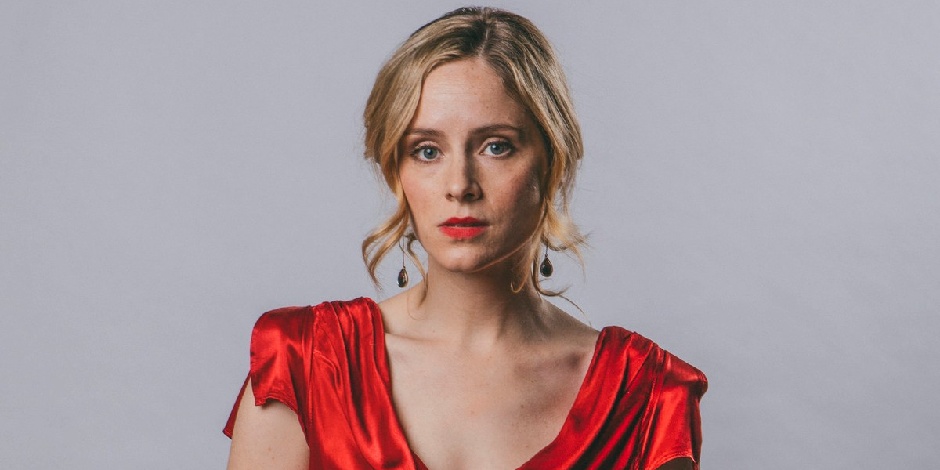 Why Is Sophie Rundle Popular?

Sophie Rundle is a well-known British actress who is popularly known for her roles in the series “Peaky Blinders”, “Gentleman Jack”, “Bodyguard” alongside Richard Madden and Salma Hayek, “The Bletchley Circle” and Episodes”. She has been seen working actively on her career since the year 2007.

Sophie Rundle was born on 21 April 1988 in Wycombe, Buckinghamshire, the United Kingdom as a daughter of father, Michael Rundle, and mother, Fiona Rundle. She has two brothers as siblings and they are, James and Henry. She is 32 years old.

Rundle holds an English nationality and belongs to the White ethnicity. Her zodiac sign is Taurus.

Where did Sophie go to School?

Who is Rundle in a relationship with?

Sophie Rundle is in a relationship with actor Matt Stokoe and later, she made her announcement about her first pregnancy on February 16, 2021.

Sophie Rundle is active on Instagram with the tag name (“@sophiesophierundle”) where she has 409k followers.

How did Sophie Rundle start her Career?

In 2012, she was also seen appearing as Clara in the British movie “Great Expectations” which was directed by Mike Newell, and the movie was adopted by Charles Dickens’ 1861 novel of the same name.

In the year of 2014, she was cast as Anna Beavan on a documentary movie “Little Stars” and in the same year, she was also seen appearing as Hannah in a British psychological thriller “The Face of an Angel” alongside Angie Janu and Sophie Dillman which was directed by Michael Winterbottom and was written by Paul Viragh.

Later, in 2015, she was seen playing the role of Eva Smith or Daisy Renton or Sarah on a British thriller television movie “An Inspector Calls” which was written by Helen Edmundson. In 2020, she was cast into the role of Jean in an American science fiction movie “The Midnight Sky”.

Sophie was seen playing the recurring role as Roberta Maioni on a four-part television serial and period drama “Titanic” in 2012 which was written by Julian Fellowes. In the same year, she was starred on a British fantasy-adventure drama television program “Merlin” as Sefa.

Further, in 2013, she was cast into the role of Sophie on a Scottish crime drama television series “Shetland”. From the year of 2012 to 2014, she starred in the main cast as Lucy on a television mystery drama miniseries “The Bletchley Circle” from which she had earned more attention from people. After that, she was again back with her notable role as Labia on a British-American comedy television series “Episodes” which was created by David Crane and Jeffrey Klarik. Later, she was seen playing the main role of Fiona Griffiths in a British television crime drama “Talking to the Dead” which was written by Gwyneth Hughes and was directed by China Moo-Young.

Likewise, she was seen appearing as a guest on a BBC period drama series “Call the Midwife” in 2014, and in the same year, she was also seen playing the role of Kristen McAskill frequently on a British crime drama television series “Happy Valley”. In the following year, she was cast into the main role as Jenny on a British comedy-drama series “Not Safe for Work” which was created and was written by D.C. Moore.

From the year of 2015 to 2016, she played the role of Honoria Barbary on a British drama television series “Bickensian”. In 2016, she appeared as Steph Kirke on a British comedy-drama series “Brief Encounters” which was created by Oriane Messina and Fay Rusling. Further, another notable performance of Rundle as the main cast,  Ada Shelby on a British period crime drama television series “Peaky Blinders” came in 2013 which was created by Steven Knight. Her performance on the series was loved by everyone and she became able to grab the attention of many people.

In the year 2016, she was seen providing her voice on a radio “Stardust”.

Sophie Rundle was seen playing the roles in several plays including “The Vortex”, “Three Winters” and “Wild Honey”.

What is the current Net Worth of Rundle?

Sophie Rundle is a famous and successful actress who has been seen appearing in several movies and series, has an estimated net worth of $500 thousand.