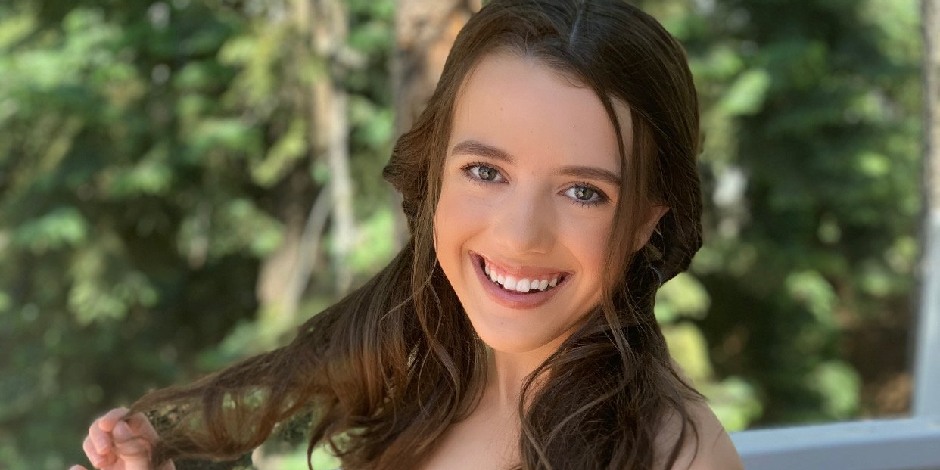 Symonne Harrison is a multifaceted artist who has won numerous dance competition medals as an actress, model, dancer, YouTuber, as well as inventor.

Harrison has collaborated with brands such as Lip Smacker and Beach Waver and has been featured in Art and Beauty magazine.

Where was Symonne born and raised?

Symonne Harrison is a fifteen-year-old girl. Harrison was born in Cleveland, Ohio, on June 19, 2006. Her zodiac sign is Gemini. Tania Harrison is her mother, while James Harrison is her father’s name. Symonne is the only child of her parents.

She has been incredibly talented and brilliant at acting and dancing since a very young age. She, too, came to Los Angeles with her family when she was 11 years old to advance her acting career. Symonne is of American nationality, and her ethnicity is White.

In terms of her educational history, based on her age, she may currently be enrolled in secondary school. However, she has remained tight-lipped regarding the identity of her school.

How did Harrison start her Career?

Symonne Harrison is a professional actress hailing from Ohio. Harrison discovered her love for acting when she was three years old and performed on the dance stage. She has competed nationally and performed at Walt Disney World after nine years of dance training. She also performed for the Cleveland Cavaliers, her hometown NBA team.

Similarly, she started performing at the young age of seven, while being represented by an Ohio agent. She had the chance to display her talent in Los Angeles at the age of 11 and immediately signed with a LA talent manager. Her family moved to California so she could follow her dream of being an actress. She has enjoyed honing her art, gaining experience from other actors, and developing as an actress. In the Showtime series The Affair, she acted beside Emily Browning.

She’s also a young inventor as she invented Bear On The Chair. She is privileged to be the National Invention League’s Child Ambassador. She is pleased that her product benefits autistic children. Her product was featured in a Christmas episode of the TV sitcom “Black-ish.”

She also adores modeling and has been featured in Art and Beauty magazine. Her Instagram and YouTube channels have also helped her gain notoriety as a social influencer.

Aside from that, she is focused on her career. She frequently collaborates with and features her fellow social media personality friends on her social media accounts. Her Instagram posts show how close she is to her friends.

Her endearing personality will undoubtedly draw a large number of fans to her. She has avoided all kinds of issues and speculations in her personal and professional life since she is youthful, energetic, and fresh. She is more worried about her professional future.

Check out the latest updates on Eddie Brogdon

Symonne Harrison is a lovely 15-year-old girl who stands at a nice height and has a thin figure. She is adorable and has a pleasant attitude that is complemented by a bright smile. Similarly, she is 5 feet 4 inches tall and weighs roughly 57 kilograms. She hasn’t given her other body dimensions, such as the chest, waist, and hip measurements. As a result, she has stunning green eyes and brown hair.

What is Harrison’s current net worth?

Symonne Harrison is an American television actress who has amassed a substantial sum of money through her career in the entertainment sector. She accumulated a good fortune from her invention Bear On The Chair. However, there is no information available on her specific earnings. Though online sources estimate her net worth to be between $1 million and $5 million.

Check out the latest updates on Wyatt Isabelle Kutcher

Furthermore, her net worth is expected to increase as her fame continues to rise in the acting field. She’s also become a role model for countless kids who wish to live a life as lavish as hers. Furthermore, her stunning Instagram images show the opulent lifestyle she is living as a result of her fortunate fortune.