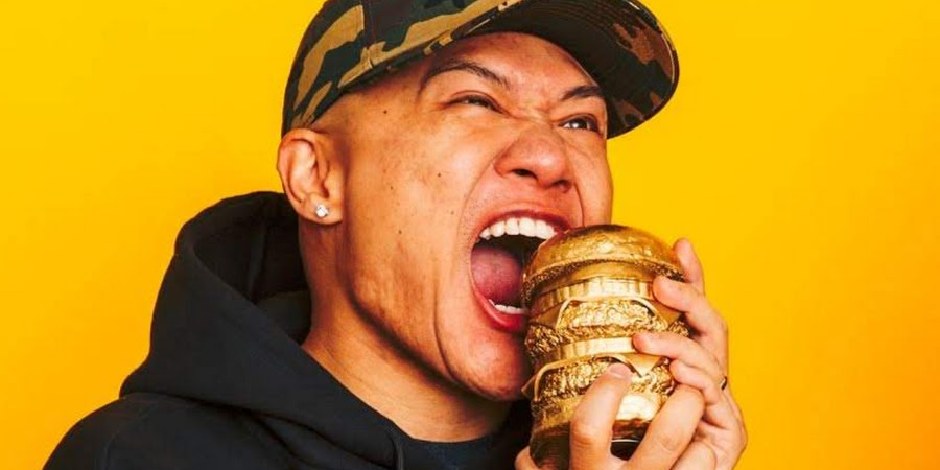 Tim Chantarangsu is an American rapper, comedian, television, and internet personality famous for his appearance in the comedy show “Wild’N Out”. He is working actively in his acting career since 2006.

Where was Tim born and raised?

Tim Chantarangsu holds an American nationality, and as per his ethnic background, he belongs to the Thai ethnicity.

Tim Chantarangsu spent his childhood happily with his parents in a good environment. He grew up living in Long Beach, California. Then, he moved to Paramount, California, when he was just nine years old. His parents run the Thai Smile restaurant after moving there.

Before he worked in California Pizza Kitchen, he was fired from his job after tweeting that their new uniforms were “lame”. He also made a business plan model after Will Smith, and he used to call the “Fresh Prince Format” where he has put three objectives like getting a record deal first, a television show was the second objective, and the final one is a movie deal.

Likewise, he attended Paramount High School for his education. after that, he also joined California State University, Long Beach, for his further study, but he later left the university with the aim of following his career.

How did Tim start his Career?

Tim Chantarangsu has established himself as a rapper, comedian, television, and internet personality who has gained millions of subscribers on his YouTube channels. He has also worked on the album “Rush Hour” in 2009. Likewise, also worked on his singles “Charlie Sheen”, “Chillin here in the Atmosphere”, and more.

Who is Tim married to?

Tim Chantarangsu is a married man, as he married his wife Chia Habte in 2018. The couple confirmed that they were expecting their child in 2020 and gave birth to their daughter on 16 February. His daughter is also seen appearing in his vlogs and other videos with him and his wife. Currently, they are living a very happy life together.

Chantarangsu is active on Instagram with the tag name (“@timchantarangsu”), where she has 1.5M followers and posted 4575 posts. He has posted many photos and videos with his family and friends and received many likes and comments.

Similarly, he also uses a Twitter account with the tag name (“@TimothyDeLaG”), where he has 551.9K followers and tweets 135.8K times.

Tim has created a Facebook account named “Tim Chantarangsu”, where he has 1M followers where he has posted many videos and photos with his family and friends.

Chantarangsu has also created a YouTube channel named “Tim Chantarangsu”, where he has 4.22M subscribers. He joined on YouTube on 29 September 2006 and started posting many fun videos, challenging videos, and more.

Likewise, he also created another YouTube channel named “Tim & Chia Vlogs”, where he has 1.28M subscribers. Joined on YouTube on 2 October 2006 and started posting vlogs with his wife, child, and friends.

An active and talented Tim Chantarangsu is a well-known American rapper, comedian, television, and internet personality popularly known for his appearance in the comedy show “Wild’N Out”. Currently, he is enjoying his standard life with an estimated net worth of $5 million.