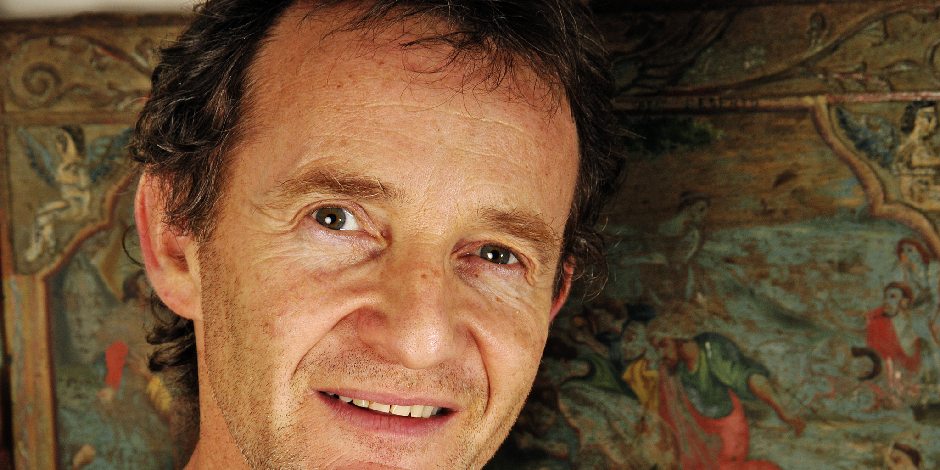 Anton Lesser is an English actor famous for his appearance as Qyburn in the series “Game of Thrones”. Likewise, he is also known for playing roles in “Wolf Hall”, “The Crown” alongside Sophie Dymoke and Ruth Horrocks, and “Endeavour”. Since 1979, he is working actively in his acting career.

Anton holds an English nationality, and he is quiet about his ethnicity, but he is of Jewish background.

Lesser grew up nicely in a good environment, but he is quiet about his personal life that he hides all the information about his family members and childhood. So there is still a mystery about his childhood and family members.

Anton attended Moseley Grammar School for his education. After that, he joined the University of Liverpool and did his study on architecture. Later, he also participated at the Royal Academy of Dramatic Arts and completed his study after graduating in 1977. At that time, he became able to be awarded the Bancroft Gold Medal as the most promising actor of his year.

How did Anton start his Career?

Anton Lesser started his acting career after being cast as Philip Wakem in the TV series “The Mill on the Floss” in 1979. After that, he made his appearance as Orestes in the TV series “Oresteia” in the same year. Later, he got the role of Trofimov in the TV movie “The Cherry Orchard” in 1981, and in that year, she also played the role of Troilus in the movie “Troilus & Cressida”.

Further, in 1982, he appeared as Edgar in the video production “King Lear” and also got the role of Young Man in the British comedy movie “The Missionary” in the same year. After that, he made his appearance as Wilhelm Fliess in the television serial “Freud” in 1984. Similarly, Anton starred as Feste in the TV movie “Twelfth Night, or What You Will” in 1988. In that year, he also played roles in the movies like “Screen Two” and “A Vote for Hitler”.

Likewise, Anton Lesser got the role of Leontes in the series “Shakespeare: The Animated Tales” in 1994. In addition, he starred as Joseph in the Welsh Russian Christian animated series “Testament: The Bible I Animation”. Furthermore, he has played roles in many movies and series like “London”, “E-mc2”, “Nova”, “Einstein and Eddington”, “Primeval” and more.

Similarly, he also played the role of Lord Carteret in “Pirates of the Caribbean: On Stranger Tides” alongside Astrid Berges-Frisbey and Jennifer Badger in 2011. Later, from 2013 to 2019, he played the role of Qyburn in the American fantasy drama television series “Game of Thrones”. He gave his best performance in the series so, he is best known for playing a role in the “Game of Thrones” where he shared the screen with Sean Bean.

Chcek out the latest updates on Sean Bean

Who is Lesser married to?

Anton Lesser is a married man as he married his beautiful and supporting wife Madeleine Lesser. The couple gave birth to their two children, and they are Harry and Lily Lesser. His daughter Lily has also established herself as an actress and worked with him in “Endeavour” alongside Joanna Horton and Rosalind Halstead and “Wolf Hall”. Currently, he is enjoying his life with his wife and children.

An active and talented Anton Lesser is a well-known actor popularly known for his appearance in the series “Game of Thrones”. Currently, he is enjoying his standard life with an estimated net worth of $10 million.