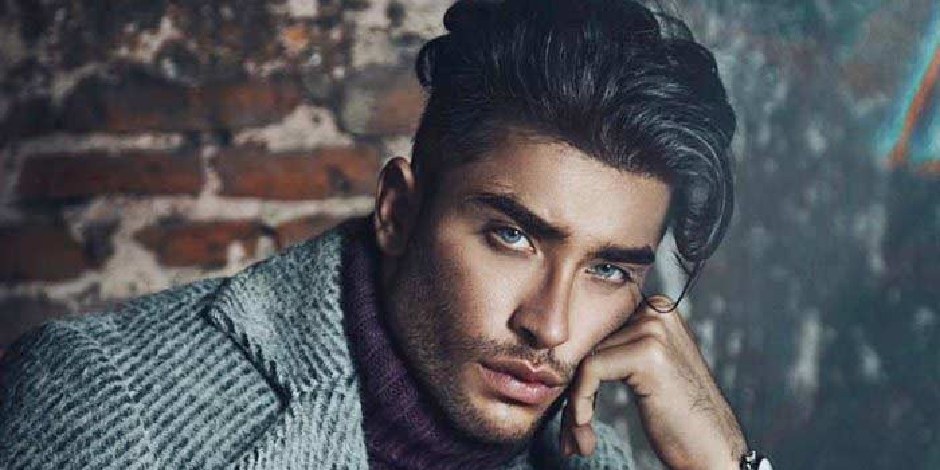 Toni Mahfud is a popular good-looking model who has been seen modeling for many renowned modeling agencies like “Vogue”, “IMG Models” and more. He was also seen working in promotional campaigns for “Adidas”, “Nike”, and more. Likewise, he is also popularly known for his artistic work like drawing wonderful and mesmerizing sketches.

Where was Toni born and raised?

Toni Mahfud whose real name is Toni Gabriel Mahfud was born on 2 December 1994 in Hamburg, Germany to Syrian immigrants parents. He has a brother named Jan Mahfud. Currently, he is at the age of 26 and his zodiac sign is Sagittarius.

Toni Mahfud holds German nationality and as per his ethnic background, he belongs to mixed ethnicity of Syrian-Libyan-German ethnicity.

To talk about his physical statistics, Toni Mahfud has got a height of 6 feet 2 inches (1.88 m) and a weight of 80 kg or 176 lbs. Besides this, he has black hair with blue and grey eyes and has a good-looking face structure.

Earlier, Toni Mahfud has spent his childhood with his family happily and his parents used to support him in his every step. From the age of 4, he was interested in creating art and he is good at sketching even though, he did not take any professional training.

For his education, he went to attend Kunstschule Wandsbek – Hamburg and completed his graduation. He is very talented and good at his study. Further information about his education is not motioned by him.

How did Mahfud start his Career?

Toni Mahfud started his career from his early life as a model after posting several photos on his social media which grabbed the attention of many people. After that, he made a contract with “IMG Models” and also became the brand ambassador of several brands like “Tommy Hilfiger”, “Edited”, “OnePiece” and more.

Further, he was also seen joining the promotional campaigns brands including “Adidas”, “Nike” and more. Likewise, he got the opportunity to walk on the red carpet which is for the Tommy Hilfiger brand. He earned more fame and popularity after he walked on the red carpet and became famous. Later, he had also got the chance to work in the modeling agencies like “Vogue”.

Besides this, he is good at drawing sketches so that he is also famous for his artwork.

Toni Mahfud has created his YouTube channel with the name “Toni Mahfud” where he has 163k subscribers and was seen posting his best and outstanding sketch tutorial. He is good at drawing sketches so that his performance is also liked by many people so that he earned so many views in his YouTube videos.

Currently, Toni Mahfud is in a romantic relationship with Ruhama Negassi, not married to date, and doesn’t have any children. They showed themselves together in the “GQ Men of the Year Awards” in 2017. They are living their happy love life together.

What is the Current Net Worth of Toni?

Toni Mahfud is a 26 years old good-looking, active and talented guy, who has been seen working as a model in several modeling agencies like “Vogue”, “IMG Models” and more where his estimated net worth is $100,000 to $1 million. He is living his high and quality life.

Check out FameandName to know more about celebrities’ lifestyles, private life, career, net worth, and more.