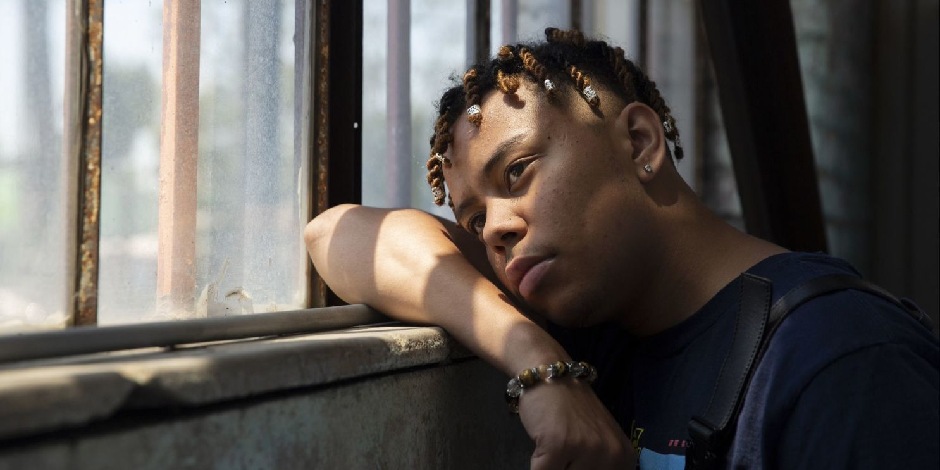 Ybn Cordae is a young, famous, and talented rapper from the United States who gained fame after he released the cover version of famous American rapper, Eminem’s song – “My Name Is”. He further gained attention after his response song to the German rapper Jermaine Lamarr Cole’s song, “Old Niggas”. He is the rising singer and rapper of the generation who has able to win the hearts of millions of audiences and also praises from countless renowned rappers.

Where was Cordae Born and Raised?

Ybn Cordae was born on 26th August of 1997 in the capital of North Carolina State, Raleigh of United States. His birth name is Cordae Amari Dunston but popularly known by his stage name Cordae. Before making big into his professional singing career, Cordae used to work in Friday’s and Texas Roadhouse as a waiter which he hated from the bottom of his heart. Cordae is 23 years old turning 24 in August of 2021.

Cordae belongs to Black ethnicity having African-American ancestry. His nationality is American. He has Virgo as his birth sign and his sexual orientation is straight.

Where did Ybn go to School?

Cordae graduated from Westlake High School in Waldorf in 2015. He, later on, joined Towson University to further continue his study but later dropped out of his university to achieve his singing career.

Ybn Cordae is young, handsome, and talented. He possesses an average body build having a height of 5 feet and 10 inches and a body weight of about 68 kg.

He has dark brown eyes and black curly hair which he styles by making dreads and dyes then in red, and blonde from time to time. his hair has become his signature sign. His prominent lower lip and short mustache are some of his distinctive features.

Who is Ybn Cordae in a relationship with?

Cordae is currently in a relationship with Naomi Osaka who is a professional tennis player from Japan. The couple can’t help expressing their love towards each other all over social media.

Cordae looks up to singers and rappers like Travis Scott, Kendrick Lamar, Kanye West, Jay-Z, Mac Miller, and others as his main inspirations and is a fan of A$AP Rocky. He also once claimed about getting inspired and helped him through rough times by listening to the music of singer XXXTentacion. Apart from singing, rapping, and songwriting, Cordae is good at playing keyboards and piano.

Ybn Cordae currently resides back and forth in Los Angeles of California and Waldorf of Maryland in the United States. He follows Christianity and is a strong believer.

Cordae is an active social media user having over 372 thousand followers on Twitter and over 2 million followers on Instagram. His YouTube channel surpassed over 445 thousand subscribers.

How did Cordae Start his Career?

Ybn Cordae showed his interest in hip hop and rapping since his early age as he was every time exposed to classic hip hop by his father. He used to listen to the music of famous rappers and singers like Talib Kweli, Nas, Rakim, and Big L. He further started showing signs at the age of 15 by writing raps. With his writing skills, he often had a hard time catching up with his studies. He released his 3 mixtapes when he was in his teenage age.

As he grew up, he started taking his rapping skills and interests seriously and decided to pursue a rap career seriously. At that moment, he became friends with another rapper, YBN Nahmir whom he met through an online group game. He then changed his name from Dunston to Entendre. Being close to YBN and his friends for a long time, he decided to change his name to Ybn Cordae.

Cordae made his breakthrough in 1999 by releasing cover versions of Eminem’s song, “My Name Is” gaining attention all over the social media platforms. Together with YBN Almighty Jay and YBN Nahmir, he performed several songs and went on to many concerts. However, the band disbanded in 2020 and Cordae is now a solo rapper and artist. During his time in the band, Cordae released a couple of singles but made his breakthrough with his first-ever debut album, ”The Lost Boy” receiving a Grammy nomination.

Cordae released his first-ever hit album, The Lost Boy in 2019 making over 25 thousand sales and receiving a Grammy nomination for the Best Album.

He also released 2 mixtapes named Anxiety and I’m So Anxious during his teenage by the name Entendre. After joining the trio YBN band, he released the mixtape YBN: The Mixtape.

Ybn Cordae has released his multiple singles which include, My Name IS, Old Niggas, Fighting Temptations, What’s Life, and Locationships. He then released the songs, Have Mercy, Bad Idea ft. Chance the Rapper and RNP ft. Roddy Rich from his only album, The Lost Boy. He has also featured in the song called Blackjack with Amine, Racks by H.E.R, In These Streets by Godfather, and featuring together with John Legend and Nick Grant all in 2019.

Cordae is currently working on his new feature song, Can’t Put It in the Hands of Fate by Steve Wonder along with Rapsody, Chika, and other artists. He also featured in the song of DJ Scheme’s “Soda” in 2020.

How many Awards has Ybn Cordae won?

In 2020, Ybn Cordae was nominated with 2 Grammy Awards after his hit release song called “Bad Idea” featuring Chance the Rapper from the album “The Lost Boy”. He was nominated with Grammy Award for Best Rap Song which he shared the nomination with Chance the Rapper, Uforor Ebong, and Daniel Hackett, and the second Grammy nomination for Best Rap Album to his debut album “The Lost Boy”.

What is the Current Net Worth of Cordae?

Ybn Cordae has a net worth of 500 thousand dollars as of 2021. It is all thanks to his successful singing career that started with making covers of established artists like Eminem and others. Apart from his professional career, he has endorsed the Galaxy Note 9 phone of the Samsung brand which adds up extra to his earning.