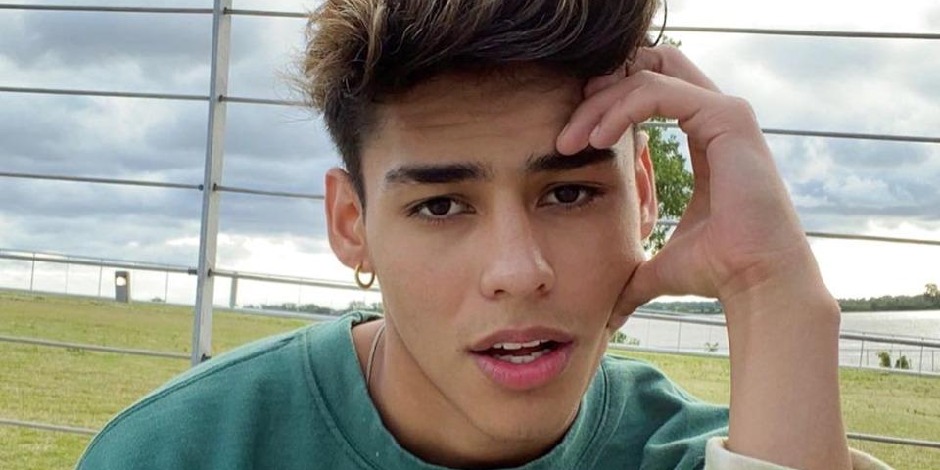 Andrew Davila is an American-born social media star who grabbed the attention of many people after he started posting his stunning pictures and funny, prank, and challenges videos on his social media accounts like Instagram, YouTube, TikTok, and more.

Andrew Davila was born on 26 June 2000 in Texas as a son of a mother, Karla Davila. He has two younger siblings, and among them, one is a brother, and another is a sister, but he is quiet about his father’s and siblings’ names. Currently, he is at the age of 21, and his zodiac sign is Cancer, as he was born on 26 June.

Davila holds an American nationality, and as per his ethnic background, he belongs to Mixed ethnicity. Further, he follows the Christianity religion.

Andrew Davila grew up nicely along with his siblings. He looks close to his mother as he posted many photos and videos with her, but when talking about his father and siblings, Andrew likes to remain quiet, as he is secretive about them.

Further, he is also secretive about his education, so his academic qualification still has a question mark.

How did Davilla start his Career?

Andrew Davila is still single and is focusing on his career rather than being in a relationship. Likewise, there is no rumor about his relationship, but his fans and followers are excited to know about his type of girl. Currently, he is enjoying his life with his family and friend, so he is single for now.

To talk about Andrew Davila’s physical statistics, he has a height of 5 feet 10 inches (178 cm/ 1.78 m) and a weight of 70 kg or 154 lbs. Likewise, he has an athletic body and a good-looking face with dark brown hair and dark brown eyes.

Andrew is active on several social media platforms like:

Davila is active on Instagram with the tag name (“@andrewdavila_”), where he has 2.4M followers and posted 359 posts. On his Instagram account, he mostly posted many stunning photos and videos with his friends, including Pierson Wodzynski, Lexi Rivera, and Brent Rivera.

Check out the latest updates on Pierson Wodzynski

Davila also has a Twitter account with the tag name (“@andrxw20”), where he has 25.5K followers and tweets 2273 times. In addition, he created a Facebook account named “Andrew Davila,” where he has more than three thousand.

Andrew also created his YouTube channel named Andrew Davila, where he has 1.87M subscribers. He joined on YouTube on 19 August 2014 and started posting many pranks, challenges, and funny videos with his friends. The total views on his videos reached 136,274,792. He posted exciting videos every week for his fans and subscribers.

A good-looking, active, and talented Andrew Davila is a well-known social media star who gained more fame and popularity after posting videos and photos on his social media accounts. Currently, he is living a wealthy life with an estimated net worth of $200,000.