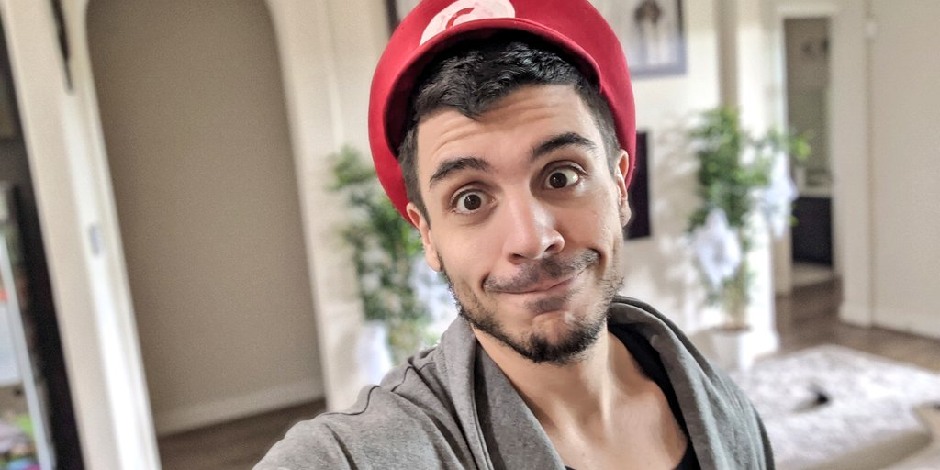 Chilled Chaos whose real birth name appears to be Anthony is an often heard name in the virtual world. He is a popular YouTuber, internet personality, and social media influencer. Anthony is best known for playing games and posting gaming-related videos in his YouTube channel named ‘ Chilledchaos ‘.

His hilarious and fun commentaries while playing games are something that people totally love in his content. Anthony was also a member of the gaming group named ‘ The Creatures ‘.

Where was Chaos born and raised?

Anthony aka Chilled Chaos was born in the year 1991 on 30th May. This makes him 29 years old now with a birth sign Gemini. He was born in New York, United States of America, and raised there only by his parents. With that, he holds an American citizenship card. Anthony is a real pet lover and has a pet dog named Rexxar.

His zodiac element is Air, the zodiac symbol is Twin, the zodiac quality is Mutable, the sign ruler is Mercury, Detriment is Jupiter, the Exaltation is North Node and Fall is South Node. His lucky numbers are 3 and 5 and his lucky colors are Yellow and Green.

Check out the latest updates on Cinnamon Toast Ken

Like how all Gemini’s are, Anthony is also very adaptable, outgoing, and friendly. His intelligence, perspective, and analytical character is something that people love about him. Similarly, his indecisive, impulsive and unpredictable character is something that people don’t like about her. He is very nosy and inconsistent sometimes and that’s why people sometimes make distance him.

Talking about his academic background, he attended Hofstra University and got his graduate degree in Business.

How did Chaos start his Career?

Anthony started his internet career after he got Xbox Live in the year 2005. He first wanted to name himself IronHawk but later he named himself Chilled Chaos and never changed it.

He has a YouTube channel named ChilledChaosGame and has gathered 343 thousand subscribers there. He posted his first video ‘ Welcome to the Wasteland! ( FALLOUT 4 LETS PLAY – PART 1) was posted on 11th November 2015. This video has 32 thousand views along with 800+ likes in it. With that , his most popular video ‘ REVENGE of the NECK TWISTERS! ( Phasmophobia w/ Nanners, Gassy, Chilled & ASNW ) was posted on 5th October 2020. This video has 656 thousand views along with 13 thousand likes and 800+ comments.

Chilled started his Machinima career on his old YouTube account. He made WoW (World of Warcraft) Machinimas and real-life things with his friends. This was totally loved by audiences.

Check out the latest updates on Youtuber Thea Kornum

He has also created a group for his friends called ‘ Deep Crew ‘. There they used to do contact blunders, ragging on each other, and overall stupidity, hence the name “Derp Crew”. Some of the well-known members of that group are “GaLm” and “Tom Fawkes”. The most idiotic member of their group is “Aphex Arcade”. He is also the shortest member of their group.

Anthony got engaged with his long-time girlfriend Jess in the February of 2018. They are now living in Texas with each other. They usually post each other’s pictures on their respective social media. They look absolutely amazing together.

Chilled as a YouTuber and social media influencer has an estimated net worth of 600 thousand dollars.

Rumors and Controversies about Chilled Chaos

Though Anthony has always kept his profiles low, he has been part of rumors and controversies. Once he was allegedly to copy the contents of many YouTuber and social media personalities. Anthony never got a chance to give clarification about this topic