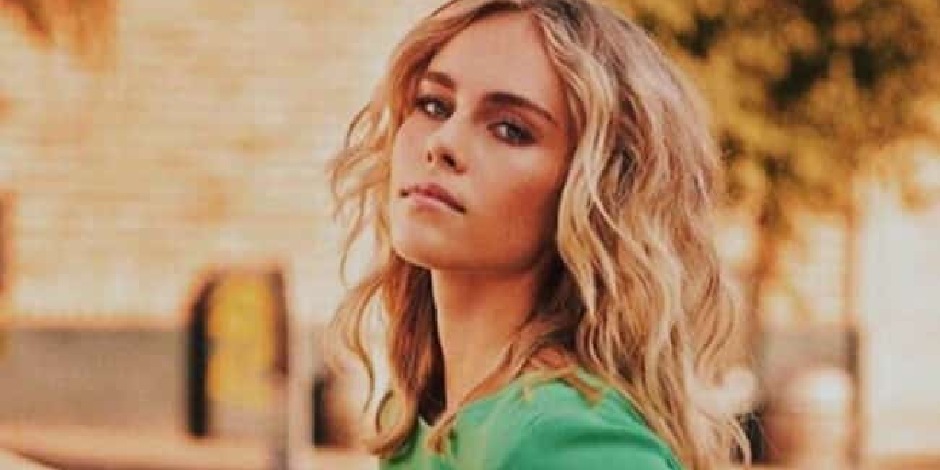 Thea Kornum is a popular social media influencer and YouTube personality from Denmark. She is best known for her YouTube channel named ‘ Thea Gaming ‘ where she posts videos related to games and fun commentaries with that.

Where was Thea born and raised?

The beautiful social media influencer and gaming YouTuber Thea came to the world in the year 1998 on 22nd April. This makes her 22 years old now with a birth sign Taurus.

Thea Kornum was born in Åkirkeby, Bornholm , Denmark but was raised in Hørsholm. She was raised by her parents alongside her sibling named Mira Nicka Kornum Larsen. They are very close to each other and are often seen hitting places and vacations together. With that, she holds a Denmark citizenship card.

Check out the latest updates on Angry Grandma

Talking about her academic journey, she completed her academic education at the local school, college, and university of her hometown. Along with studies, Kornumwas also very good at sports and extracurricular activities including recreational ones. She has also taken part in many inter and intra school competitions in her school. With that, Thea has also brought many medals and trophies home.

How did Kornum start her Career?

Thea is best known as a gaming YouTuber. She created her gaming YouTube channel on March 26, 2017, and now she has 1.2 million subscribers.

Thea posted her first video ‘ WELCOME TO THE CHANNEL!! – Crainer and Thea ‘ on 29th March 2017. This video has 867 thousand views in it now. Her most popular video ‘ THEA REACTS TO SSUNDEE’S DISS TRACKS AGAINST CRAINER ‘ on 16th September 2017.

This has 10 million views along with 206 thousand likes and 15 thousand comments. Some of her popular videos are ‘ Minecraft: YOU ADDED MARRIAGE AND BARBIES ?! – You Troll Us Ep:14 ‘, ‘ THEA REACTS TO SSUNDEE’S TROLL ON CRAINER IN TROLL CRAFT!! ‘ , ‘ WAX PRANK ON SLEEPING BOYFRIEND * HE GOES SO MAD LOL !* ‘ and so on.

Thea who is very popular now has her own struggling days also.

Who is Thea in a relationship with?

Thea is not single. She is in a romantic relationship with MrCrainer Benjamin Dreyer Vestergaard who is also a Minecraft gamer. They are dating since 2017. Both of them posted a picture in their respective social media and revealed they got married on June 23, 2019. They look absolutely amazing together.

Thea Crainers has 51.5 thousand followers on Twitter with 15 followings under the username of @thea_nicka. Her tweets and retweets are often fun to read.

The Crainers have an estimated net worth of 500 thousand dollars. She is very fashionable and spends her income on designer clothes, bags, and shoes.

As Thea is a public figure, she has faced many trolls and has been the target of many roasters too but Thea has always maintained her profile clean. She has not been part of big rumors and controversies till now. She has distanced herself from the media and their unwanted questions.