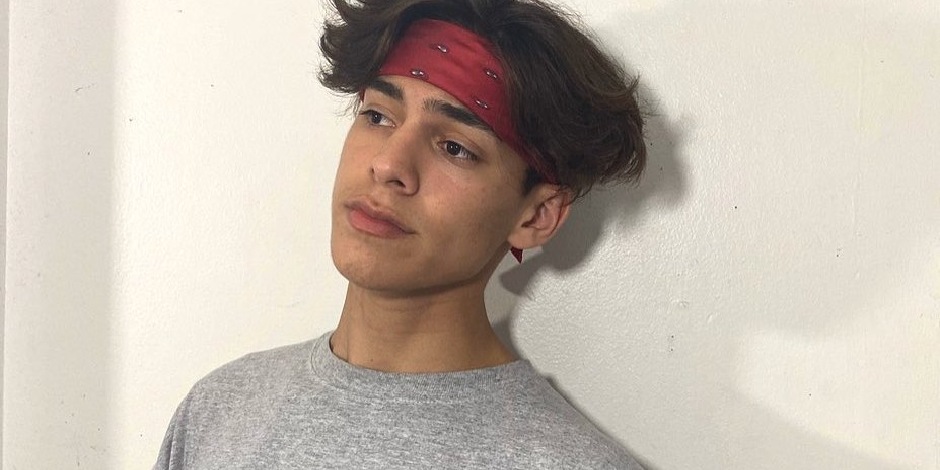 Chris Arana is a social media celebrity from the United States who has a large following due to his attractive figure and appealing looks. He was dubbed a Tik Tok star when his popularity skyrocketed as a result of his Tik Tok videos.

Chris Arana was born on 22nd September 2000 in Miami, Florida, the United States to an American parent. Arana hasn’t disclosed the name of his parents yet neither any information regarding the family. Arana spent most of his childhood in Orlando, Florida where he still resides. He appears to have had a nice upbringing with all he required. He has a sister named Christiana Arana.

Being born and raised in the United States, Chris Arana has American nationality and white ethnicity. He further has Virgo as his birth sign.

Chris Arana hasn’t disclosed much information regarding his current education yet. But we do know that he is a high school graduate. He graduated from Orange County Public School in Florida in May 2019.

How did Arana become famous?

Chris Arana gained fame and attention through his social media platform. He first started from Instagram. He caught the attention of a huge number of youths with his model-like body features and pictures. It hasn’t been that long since he joined Instagram. He has barely 70 posts on Instagram and yet he has been able to gain over 158 thousand followers. Arana can be connected through @chrisarana on Instagram.

Arana’s fame rose more after he joined Tik Tok. He started making Tik Tok videos in late 2019. He has posted only 16 videos yet he has gained over 256.8 thousand followers and can be connected through @itschrisarana. Arana is also active on Twitter and has over 1.6 thousand followers. Thanks to his amazing looks and style, he is entitled as a social media celebrity.

Arana’s most-watched videos are “hi TikTok, I’m Chris,” “Take it slow,” and “who wants to be my bae for the day?.” He is mostly known for his mirror selfies on Instagram.

Who is Arana in a relationship with?

Chris Arana was single for a long time and until recently, he disclosed his relationship with a beautiful girl named Gracyn Meaux. There is no information on when they began dating, but on October 2, 2021. Arana uploaded romantic photographs of him and his girlfriend hugging each other on Instagram. His girlfriend has also started appearing in his Tik Tok videos. His fans showed positive reactions to his relationship.

Arana currently resides in Orlando, Florida with his parents and sister. He has a pet dog named Doggo who occasionally appears on his social media platform. He never shows his parents or talks about them on Instagram or Tik Tok. Arana also enjoys going to concerts and he has been on the concert of greatest singers such as Marshmello and Khalid.

Chris Arana turned 21 years old on September 2021. He is a fine grown man now. Arana is gifted with a tall height of 5 feet 8 inches weighing 75 kg. He has light curly brown hair and blue eyes. Arana further possesses an attractive body build. He is a health freak and spends most of his time in the gym. He has a straight sexual orientation.