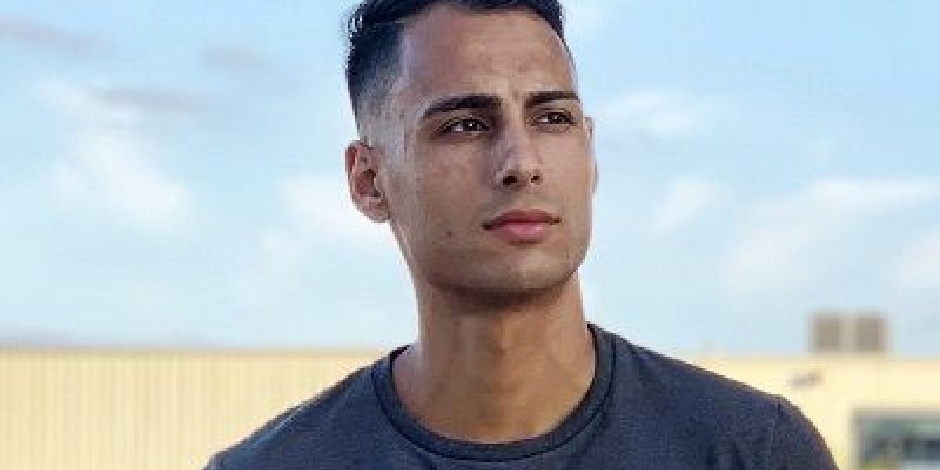 Savage Shawn is an American YouTuber and social media personality well-known for his prank videos. Shawn has won the heart of thousands of people with his hilarious as well as thrilling video content and public pranks.

Where was Savage born and raised?

Savage Shawn was born on 17th November 1995 to an Iranian parent whose name is yet not identified. His parent were immigrants from Iran. Shawn was born and raised in San Jose, California, the United States with his older brother and a younger sister. Thus, he has American nationality and Iranian ethnicity. He has the birth sign, Scorpio.

Shawn hasn’t disclosed his real name apart from his first name which is ‘Shawn.’ Neither has he disclosed the name of his parents and siblings yet. On the other hand, his educational background is also a mystery to us. We do know that he is a high school graduate from his hometown and hasn’t further continued his education.

How did Shawn start his Career?

Savage Shawn started his YouTube channel in March 2017. He goes by his famous name “savageshawn.” One of Shawn’s first pranks includes “Eating peoples food prank!,” “CHAIR PULLING PRANK,” “Pie in the face prank!” where he has gained over million views.

Shawn is known for his funny and humorous content where he pulls pranks on different people including, couples, high school students, women, and every people he finds in the street.

Pulling pranks on unknown people needs courage and Savage Shawn is the most courageous! There have been several occasions where his pranks have gone wrong but it does not stop Shawn from pulling off new pranks. He has over 949 thousand subscribers on YouTube and his viewers find his prank funny. Shawna continues to make people laugh with his hilarious prank videos.

Some of Savage Shawn’s daring and most-watched pranks are “Selling a ps5 in the hood prank!,” “Throwing Water Balloons at People Prank!,” “Smacking peoples drinks prank !” etc. He has gained over 99 million views in overall videos on his channel. Shawn also promotes his videos on other social media platforms including Tik Tok. He has gained over 118.9 thousand followers on Tik Tok and can be connected with @savageshawn_official.

Savage Shawn celebrated his 26th birthday on November 2021. He is a handsome young man with an Asian feature.

Shawn has an attractive height of 6 feet 3 inches which is about 190 cm tall and weighs 82 kg or 180lbs. He possesses dark brown eyes and black hair. Shawna hasn’t disclosed the detailed physical measurements of his body but he possesses an athletic body build.

Savage Shawn is quite secretive when it comes to his personal life. He does not prefer to discuss his love life or family on social media platforms. Shawn hasn’t talked about his past relationships and neither he seems to be married nor have a child of his own. He hasn’t disclosed his religious preferences.

What is Savage’s current net worth?

Savage Shawn has an estimated net worth of over $500 thousand as of 2021. He makes his earnings through his channel which has been attracting more and more viewers daily. He owns a luxury car that costs hundreds of thousands above.

He is leading a successful life as a popular prankster in the United States as of 2021. There have been several controversies risen that his pranks are fake and are all set up. His viewers have complained that his videos aren’t genuine anymore and look fake. But despite everything, Shawn has been continually making prank videos.