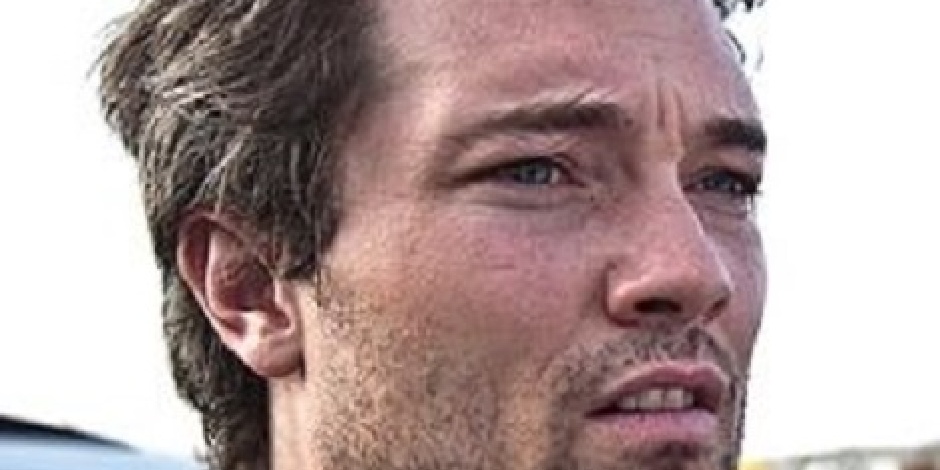 Cosmo Pfeil is an American-born actor and director who grabbed people’s attention for being the husband of famous American actress Betty Gilpin.

Where was Cosmo born and raised?

Cosmo Pfeil, whose real name is Cosmo Colyer Pfeil, was born in a well family on 9 December 1977 in Shoreham, Vermont, the USA. But he is quiet about his family members as he is a very secretive person. Currently, he is at the age of 43, and his zodiac sign is Sagittarius, as she was born on 9 December.

Pfeil holds an American nationality, and as per his ethnic background, he belongs to the White ethnicity.

Pfeil grew up nicely in a good environment, but he likes to remain quiet about his family members as he is very private about his personal life. Likewise, his educational background details are also hidden as he wants to keep his data secret.

How did Cosmo start his Career?

Cosmo Pfeil is a successful man as a second unit director, actor, and director. He started his acting career after being cast as Pvt. Nate Mountain in the movie “Company K” in 2004. In that same year, he also got the role of The Lifeguard in the short movie “Happy Now”.

Likewise, in 2007, he was cast as Norman in the movie “Shotgun Stories” and also seen playing the role of Brock in the movie “Descent” in the same year. Similarly, he also made his appearance as Chance Abel in the video “Pose Down” in 2007. In the following year, he also got the role of Young Man in the short movie “Boo!!”.

Further, he also played a role in the short movie “Grand Gorge: No God But Me” in 2008. In the following year, he also appeared as Glen in the movie “The Northern Kingdom”. Later, he got roles in TV series like “The Good Wife”, “Person of Interest”.

Besides this, he gained more fame and success in his career for being the husband of famous American actress Betty Gilpin who is best known for her appearances in movies and series like “GLOW”, “Nurse Jackie”, “True Story” and more.

When did Pfeil marry Betty Gilpin?

Cosmo Pfeil is a married man who married his beautiful wife named Betty Gilpin, whose real name is Elizabeth Folan Gilpin. She is a well-known American actress, born on 21 July 1986. The couple exchanged their vows on 6 August 2016 and lived a very happy and cheerful life together.

They are both very secretive about their personal lives, so they hide all the detailed information about their love life. So, there are still so many things that are yet to be known.

Cosmo is a good-looking man, but he is quiet about his physical statistics, including his height, weight, body measurements, hair color, eyes color, and more. So that information about his physical appearances still has a question mark.

A good-looking, active, and talented Cosmo Pfeil is an actor and director. He rose to fame as the husband of a famous American actress named Betty Gilpin. Currently, he is living a wealthy and standard life, enjoying his estimated net worth of $200 thousand.