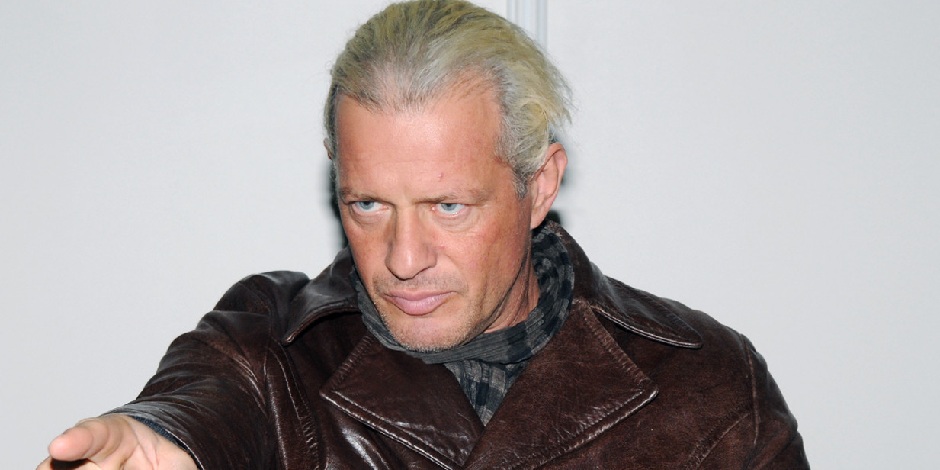 Costas Mandylor is a well-known Australian actor, who is popularly known for his role as Kenny in “Picket Fences” and as Mark Hoffman in the movie “Saw”. He has been seen working actively on his career since the year 1989.

Where was Costas born and raised?

Costas Mandylor, whose real name is Constantinos Theodosopoulos was born on 3 September 1965 in Melbourne, Victoria, Australia as a son of his father, Giannis Theodosopoulos, and his mother, Louiza Theodosopoulou. He has a brother one brother whose name is Louis Mandylor and him also an actor. His age is 55 years.

Mandylor holds both Australian and Greek nationality and belongs to the Greek ethnicity. His zodiac sign is Virgo.

Where did Mandylor go to College?

Earlier, Costas Mandylor was raised in St Kilda and South Melbourne and later, in 1987, he moved to the United States where he was seen taking acting lessons. At that time, he was not able to find any acting work so that, he was seen doing any job that he found. His education level is not available on the internet.

Who is Costas Mandylor married to?

In May 1997, Mandylor got married to an American former actress and model “Talisa Soto” but they divorced in 2000. Later, in 2013, he married Victoria Ramos and they are living their happy life.

How did Mandylor start his Career?

Costas Mandylor started his film career after he had been cast as Avram Arouch on an American biographical drama movie “Triumph of the Spirit” in 1989. Mandylor started his television career after he had been cast into the main role as Officer Kenny Lacos on an American family drama television series “Picket Fences” from 1992 to 1996. His performance on this series was praised by many people and became able to earn more attention.

In 1991, Costas Mandylor was seen appearing as an Italian Count on an American biographical musical movie “The Doors” and the same year, she was also seen playing the role of Mark in an American comedy movie “Soapdish”.

Further, he was also cast on an American crime movie “Mobsters” in 1991 which was directed by Michael Karbelnikoff. After that, in 1993, he was seen appearing as Costello in an Australian thriller movie “Fatal Past” and in the following year, he was also seen playing the role of Detective Dominic Delaserra in the movie “Almost Dead”.

Later, in 2018, he was seen appearing as Vassilis on an Australian biographical movie “In Like Flynn. After that, he was also seen appearing as Costantine on an independent historical drama romance movie “Cliffs of Freedom”. Likewise, he was seen in the movies like “C.L.E.A.N.”, “The Trouble”, “Someone Dies Tonight”, “Dorn a Champion” and“Trail Blazers”.

Further, Costas Mandylor will be seen appearing in the movies like “Lazarus”, “Blindsided”, “The Rogue” alongside Felicity Jones and Forest Whitaker, “Save the Last Bullet”, “Cash Collectors”, “C.L.E.A.N. 2”, “African Mystique” and “Deprivation”.

In 1993, he was seen appearing as Dan King on an American horror anthology television series “Tales from the Crypt”. Later, he was seen playing the roles on the series and television movies like “Falling for You”, “Last Exit to Earth”, “The Outer Limits”, “F/X: The Series”, “Love-Struck”, “Players”, “The Fury Within” and “Exiled”. In 1999, he was cast as Salvatore Bonanno on a television movie “Bonanno: A Godfather’s Story”.

Likewise, he was cast into the main role as Monk on an American spy-fi television series “Secret Agent Man” in 2000. In the same year, he was also seen playing the role of Aaron Cross on an American drama series “Resurrection Blvd.”.

How many awards does Costas Mandylor have?

Costas Mandylor is a popular actor who has been seen playing in various movie was series, has an estimated net worth of $2 million.