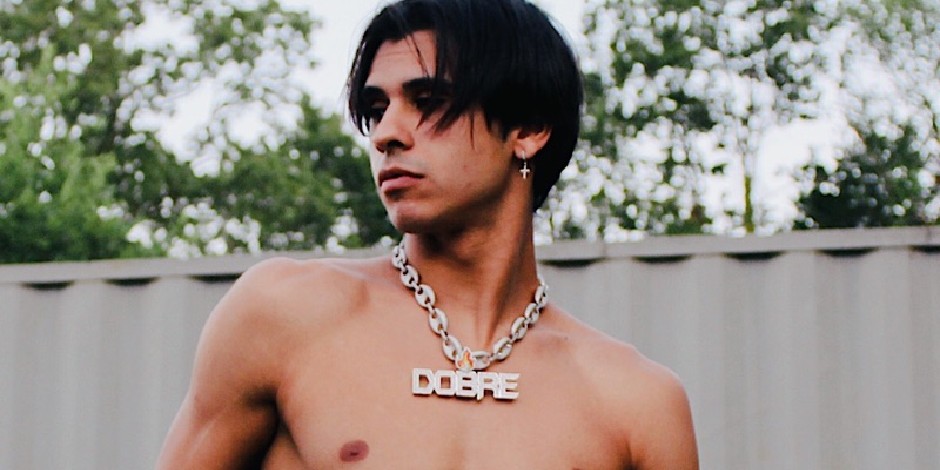 Cyrus Dobre is an American-born singer, social media star, and gymnast famous for posting many videos on his YouTube with his brothers. He has gained millions of followers and subscribers on his social media accounts.

Where was Cyrus born and raised?

Dobre spent his childhood happily with his brothers and parents in a good environment as he was born to an entrepreneur father and Olympic gymnast mother. He seems close to his siblings, and they enjoyed a lot with each other.

Check out the latest updates on Dancer and Choreographer Matt Steffanina

Cyrus holds an American nationality, and as per his ethnic background, he belongs to the White Caucasian ethnicity.

How did Dobre start his Career?

Cyrus Dobre has established himself as a social media star as he was gained huge popularity through his social media accounts. He mostly posted prank videos with his brothers on his YouTube channel and other social media platforms like Instagram, TikTok, and more.

His ex-wife Christina is also a social media personality. Their marriage ended on 13 April 2020, where they also posted their videos about their breakup on their YouTube channel. But they did not share the reason behind their separation because of their privacy. Currently, they both are enjoying their life on their own and focusing on their career.

Dobre has a height of 5 feet 8 inches and a weight of 75 kg. Likewise, his chest and waist size is 42 inches and 32 inches, respectively, where his arms size is 15 inches. Similarly, he has got a good-looking face with dark brown hair and black eyes.

Dobre is active on Instagram with the tag name (“@cyrusdobre”), where he has 1.5M followers and posted 45 posts. Likewise, he also posted his best looks pictures and videos on his Instagram account, and he is also able to get many likes and comments.

He also uses a Twitter account with the tag name (“@CyrusDobre”), where he has 118K followers and tweets 695 times.

Dobre and his brothers created a YouTube channel named “Dobre Brothers”, where they have gained 10.4 M subscribers. They Joined YouTube on 6 July 2017 and started posting many videos with their friends.

They had posted many fun videos on their YouTube channel, which many people watched and enjoyed. The views on his videos reached 2,433,735,686. Likewise, they also have created another YouTube channel named “Dobre Cars”, where they have gained 1.17M subscribers. In this channel, they posted cars videos. They joined on 22 November 2018, and the views on the posted video reached 72,781,490.

Cyrus also has a TikTok account with the tag name (“@cyrusdobre”), where he has posted many fun and prank videos with his brothers. Likewise, he has gained 8.6M followers on his TikTok account, and his videos received 86M likes. Thus, he is very popular on his social media accounts.

Check out the latest updates on Chris Stuckmann

A good-looking, active and talented Cyrus Dobre is a well-known social media star popularly known for posting many prank videos and fun videos on his social media accounts. Currently, he is living a wealthy life with an estimated net worth of $1 million.