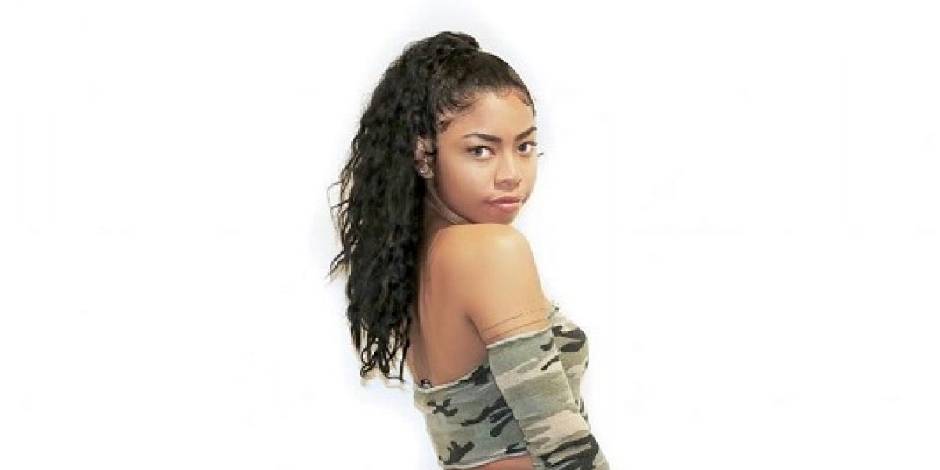 Chandler Alexis is an American social media personality popularly known for posting pranks, vlogs, fun, and more videos on her YouTube channel. Likewise, she grabbed the more attention of people after being cast in the TV series “Funky’s Upset”.

Where was Chandler born and raised?

Alexis holds an American nationality, and as per her ethnic background, she belongs to the African-American ethnicity.

Chandler grew up beautifully along with her siblings and parents. However, the information about her family members still has a question mark as she likes keeping her personal life far from the media. Besides this, she enjoys playing outdoor sports, which include Soccer and Tennis.

Similarly, she is also a trained martial artist as well as good at karate and gymnastics. Chandler also became interested in dancing and is more attracted to contemporary dance, so currently, she is taking classes to learn Contemporary dance form.

Likewise, she is quiet about her education, so that there is still a question mark about her academic qualification and the college and schools that she attended.

Alexis established herself as a social media personality as she has gained many followers and subscribers on her social media accounts, including YouTube, Instagram, and more. Besides this, she grabbed the attention of many people after she made her appearance in the series “Funky’s Upset”.

What is the relationship status of Chandler?

Previously, Chandler was in a romantic relationship with Alex Miller. They both used to appear on each other’s YouTube videos. Chandler and Alex used to show their love for each other on their social media account, but later, they broke up as she claimed that Alex cheated on her. After that, she dated other men too.

Alexis also has a son named Krew Luxor Eastyn Michael, born in 2020, when she was just 23 years old but is quiet about the son’s father. However, she has mentioned on her YouTube that his father lived in another country. So she is raising her son as a single mother.

To talk about Alexis’s physical statistics, she has a height of 5 feet 3 inches and a weight of 56 kg. Alexis has a beautiful face and a fit body with black hair and hazel eyes. Further information regarding her physical statistics like body measurements shoe size, and more are unknown.

Alexis is active on Instagram with the tag name (“@chandleralexiss”), where she has 300K followers and posted 64 posts. However, her Instagram account is private, so it seems that she is a secretive nature person.

Chandler also has a Twitter account with the tag name (“@ChanlerAkexiss”), where she has 26.1K followers and tweets 13.3K times. Her hot pictures made her grab the attention of many people.

Chandler has created her YouTube channel named “CHANDLER ALEXIS”, where she has 777K subscribers. She joined on YouTube on 2 July 2012 and started posting videos including pranks, challengers, fun videos, and more. The total views on her videos reached 17,190,660.

Likewise, she also has created another YouTube channel named “RAISING KREW”, where she has 233K followers. In this channel, she uploads her daily life videos with her son, and she shows how she is raising her son as a single mother. She joined on YouTube channel on 24 June 2013 and started posting her vlogs, where total views reached 4545743 views.

A beautiful, hot and sexy Alexis is a YouTuber and Instagram influencer who gained more popularity because of her videos posted on her YouTube channel. Currently, she is living a standard life with an estimated net worth of $500,000 to $600,000.