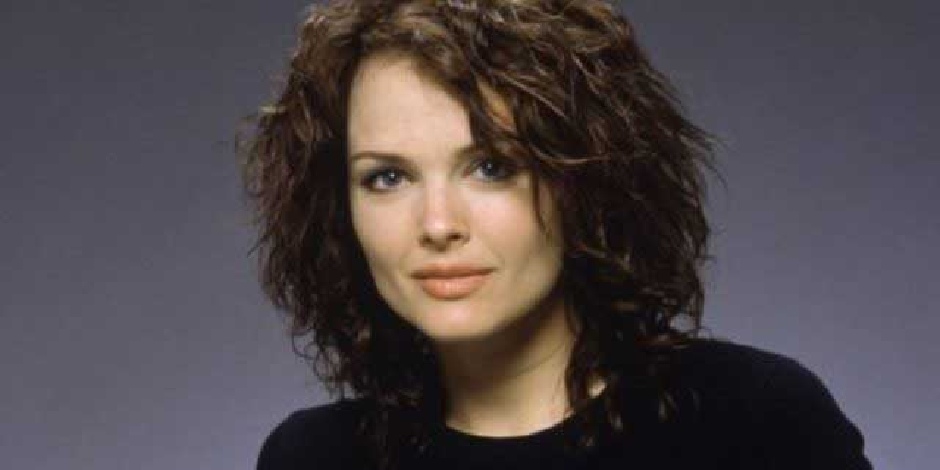 Dina Platias is an American actress well-known for her performance in the movies “Billy Madison” and “Deuce Bigalow: Male Gigolo.”

Dina Platias was born on 2nd August 1966 in Oakland, California, United States. She has American nationality but mixed ethnicity. Her birth name is Dina Marie Platias. There is no information regarding her parents and childhood. She has Leo as her birth sign.

Dina Platias has never opened about her educational background. Since she is a professional actress, we believe she has a background in art. She was probably educated in her hometown, Oakland, California.

How did Dina start her Career?

Dina Platias started her acting journey in the early 1990s. She first voiced in the short film, “Shelf Life” as Adam’s Mother’s voice in 1991. She could not receive much success in her acting career during the early years after her debut. In 1995, Dina made her breakthrough in acting with her role as Miss Lippy in Tamra Dvis’ film, “Billy Madison.” Dina shared her screen with some of the future biggest stars like Adam Sandler, Bradley Whitford, Larry Hankin, and others.

The same year in 1995, Dina Platias made her small appearance in the movie “Dead Man Walking” as an additional crew. She landed another major role in the video game, “Terror T.R.A.X.: Track of the Vampire” as Carnoya. After taking 4 years break from the film industry, Dina made her comeback in 1999 with her role as Bergita in the film “Deuce Bigalow: Male Gigolo” alongside Arija Bareikis. She also portrayed the role of Lucille Schly in the film “Cradle Will Rock” the same year.

Platias has been in and out of the entertainment industry since the beginning. She continued on a small role as a waitress in the movie, “Bark!” in 2002. In 2004, she appeared in the film “Memron” as a floral shop manager, Lucy which was her final appearance in the film industry.

Dina Platias is 55 years old in August 2021. She has dark black hair which she prefers to keep straight. She is a simple person and prefers to keep a low-key style. Dina has an average body build and brown eyes. Her sexual orientation is straight.

Dina Platias is a very secretive person when it comes to her personal life. She is already in her mid-50s and yet she hasn’t disclosed any information about her love and marriage. She is neither active on any social media platforms such as Instagram or Twitter. However, Dina is shown on Facebook but there are no posts yet. However, she has accumulated over 596 friends.

According to our assumptions, Dina Platias is probably single. Due to her introverted character, it’s hard for us to learn about her personal interests and hobbies. She has also been out of the entertainment industry for a while now which has led to fewer public appearances. We believe, Dina is doing well in her personal life.

What is Platias’s Current Net Worth?

Dina Platias has an estimated net worth of $1 million as of 2021. She has been able to accumulate such fortune through her acting career. Whenever a question is raised about her, people know her through her character Ms. Lippy in “Billy Madison.” The movie had a budget of $10 million but it crossed $26.4 million at the box office worldwide. Dina’s other famous movie was “Deus Bigalow: Male Gigolo” which had a budget of $17 million and successfully earned $92.9 million at the box office.

Dina Platias is currently living a simple life. She has been absent from the entertainment industry for over a decade now. Hopefully, she will make her comeback in the future. She resides in Los Angeles, California.