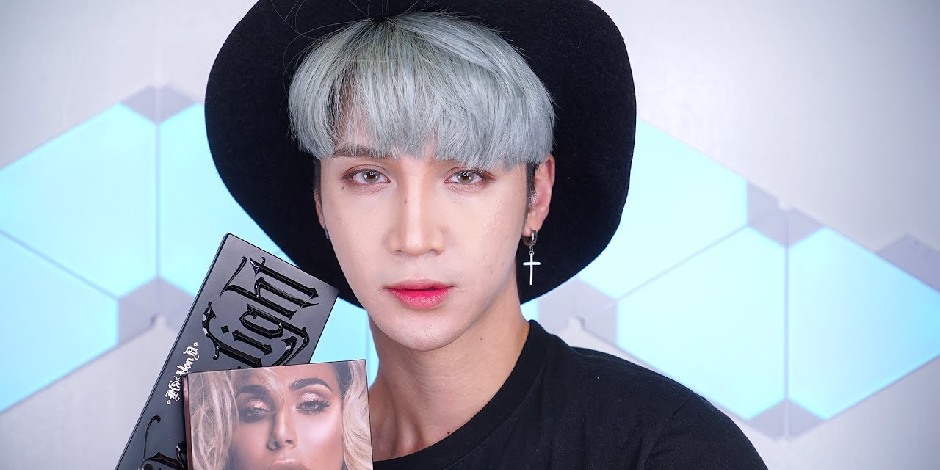 Edward Avila is a Filipino-American YouTuber and beauty vlogger currently living in Korea. He is famous for his artistic and beautiful makeup tutorials as well as idol skin secrets.

He has also started making vlogs with rising K-pop groups and trainees which has gained more viewers and his hilarious video content keeps on attracting more followers from all over the world.

Where was Edward born and raised?

Edward Avila was born on 2nd April 1992 in Guam, United States. He was born to Filipino parents whose name hasn’t been disclosed in public yet. Edward was raised in California after moving there with his parents. He is the oldest among four siblings. Edward grew up with his two younger sisters, one of whose name is Victoria, and a brother and he had a happy childhood living with his supportive parents. He is also known by the name Eddie or Eddy.

Edward has American nationality and Filipino ethnicity. He also has Korean citizenship. Edward has Aries as her birth sign. He hasn’t further disclosed information about his educational background yet. But he is believed to have studied game design, filmmaking, and art.

How did Avila start his Career?

Edward Avila started making videos at the time Nokia was popular. He didn’t have any other phones and used to make videos with the Nokia phone. His channel was named mrpanda101 which he later changed to Edward Avila.

Edward is a great fan of makeup and beauty products. He also loves to dance and sing. Edward loves to try different makeup products and give reviews on them. Most of his videos are K-pop-inspired.

Edward has gained over 1.59 million followers on YouTube. Some of his most-watched videos are “Asking Blackswan the spicy questions,” “Making Kpop’s hottest dancer lo,” “So I finally met Jessi lol…,” “Doing Johnny’s makeup,” “Giving my sister bangs LOL,” “THE PORE STRIP FROM HELL,” “Laneige Two Tone Tint Lip Bars,” and so on.

Edward has also opened his cosmetic brand named Cielo. Edward is a makeup guru and he has huge collections of makeup from different brands.

Edward Avila is currently believed to be single. He hasn’t talked anything regarding his previous love relationships as well. Edward is neither married nor has any child. Despite being a popular social media personality, he prefers to keep his love life secret.

Edward is a fan of K-pop. He takes his inspirations from K-pop groups. He is also known as a “beauty boy.”

Edward has an attractive height standing 5 feet 9 inches tall which is about 175 cm. He possesses brown eyes and is gifted with a slim athletic body build.

Avila celebrated his 29th birthday on April 2021. His sexual orientation is gay. Edward is a fan of beauty and makeup. He loves wearing makeup and blushes. Edward gets his inspiration from K-pop groups. His original hair color is black but he prefers to dye it in several bright colors, Red, maroon, brown, blue, pink, etc.

Edward Avila has an estimated net worth of $1.59 million as of 2021. He has been making huge earnings through his channel. After Edward moved to Seoul, Korea, he has been making a K-pop vlog with K-pop celebrities which has boosted the number of views in his videos. Edward is currently leading a successful life and a beauty vlogger and influencer in Korea.