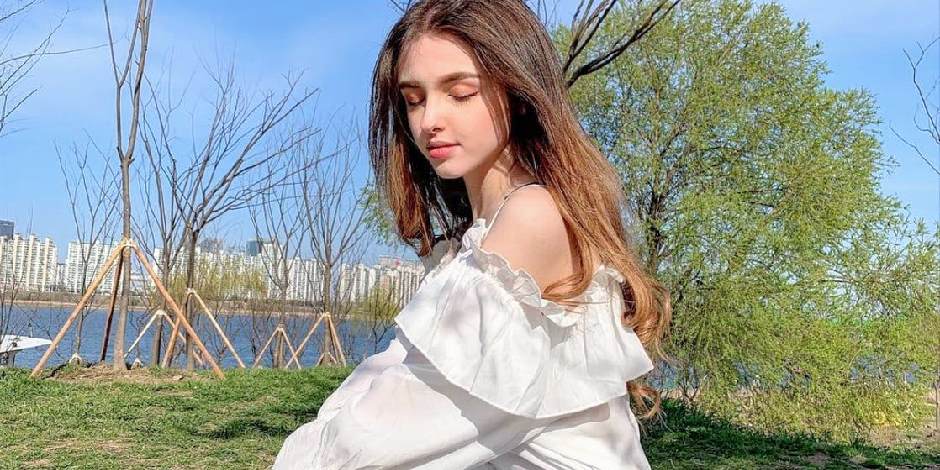 Elina Karimova is an Uzbekistan-born South Korean social media personality, cover singer, and model. She is known for having a clear and pretty face, slim body figure as well as sweet voice. Fans also call her Uzbek fairy.

Where was Elina Born and Raised?

Elina was born on 22nd April 1998 in Uzbekistan. Not much information about her family has been disclosed yet except that we know that she has a beautiful sister whose name is Yuna. Her parents are a mix of Uzbekistan and Russian. She was born and raised in Uzbekistan until 4 years old. Since then, her family moved to South Korea and are settled there permanently. Her birth name is Elina Karimova Ildarovna.

Karimova has the nationality Uzbeks and South Korean. She has mixed white and Asian ethnicity with Russian and UzbekUzbeks ancestry. Her sexual orientation is straight and she has Taurus as her birth sign.

How did Karimova start her Career?

Elina Karimova started her first YouTube channel back in 2016. As she was studying, she couldn’t focus on making videos. After making only one video of her makeup tutorial, she released her next video in 2017. She started covering songs that started gaining her public attention.

At first, Karimova used to cover only Korean sings but later she started covering English songs as well which garnered her more attention. She has covered the song of famous singers like BTS, Ariana Grande, Naomi Scott, Billie Eilish, Justin Bieber, Taylor Swift, and others.

Karimova further received more attention from her TikTok. With a huge number of followers on Instagram and TikTok, she is already a social media star.

As a model, she takes special care of her body weight. She hits the gym regularly and makes sure her body is in top shape. Her secret to good skin and a slim body is water.

Elina Karimova is currently single and there has been no information about her past relationship as well. As for her ideal type, she prefers to have someone who will really love her and stay by her side.

As of now, Karimova is focusing on her work and singing. The main reason for starting her own YouTube channel was to continue her singing as she loves K-pop. Her favorite Korean band member is Mamamoo.

Karimova currently resides in South Korea and she knows Japanese, Russian, Korean, and English language. However, she can speak only speak Russian and Korean fluently.

There was once a rumor regarding her plastic surgery to which Elina declined it with a big “No”.

How much is the current net worth of Elina?

There has been no exact estimation made regarding the net worth of Elina Karimova. However, as per the rough speculation, she earns about 1 million dollars from her social media career. With her millions of followers on TikTok and Instagram as well as millions of views on YouTube, she is living her life luxuriously. She has also endorsed the brands like MLB KOREA and PETHROOM.