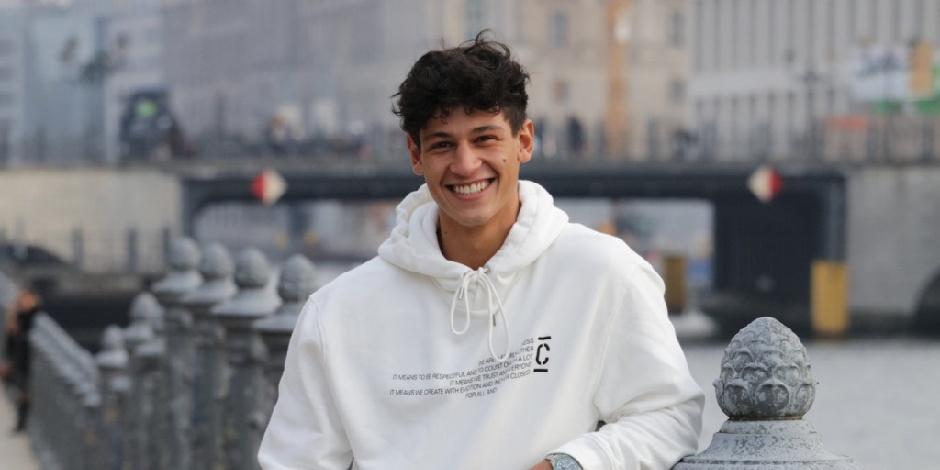 Emilio Sakraya is a well-known German actor and singer who has been seen working actively on his career since the year 2008.

Where was Emilio Sakraya born and raised?

Emilio Sakraya, whose real name is Emilio Sakraya Moutaoukkil was born on 29 June 1996 in Berlin, Germany. There is no information about his family and relatives but he stated that he has several siblings as his parents decided to live separately. Currently, he is 24 years old and his zodiac sign is Cancer.

He holds German nationality and belongs to Moroccan ethnicity.

To talk about his physical statistics, he has got a height of 6 feet (1.83 m/ 183 cm) and a weight of 85 kg. Besides this, his body type is Mesomorph, and has Dyed Blonde hair with Dark Brown eyes.

Where did Emilo Sakraya go to School?

Earlier, he went to attend the Annie Heuser Waldorf School for his education. Further information about his early life is not mentioned by him. He started his career at his early age and used to play instruments like piano, guitar, and drums from the age of 11. Later, when he turned into the age of 15 or 16, he started writing his songs also.

Emilio Sakraya seems to be single as he has not mentioned his love life.

Emilio Sakraya is active on Instagram with the tag name (“@emilio_sakraya_”) where he has 363k followers and has posted 571 posts. He also has a Facebook page. Besides this, he has a Twitter account where he has 1405 followers.

How Emilo Sakraya start his Career?

In 2010, he was seen playing the role in the movie “Times Change You”. Later, he made his appearance in a German children’s movie “V8 – You want to be the best” in 2013. In the same year, he was cast in a short movie “The Prince of Gmund”.

In 2017, she was cast on a German drama movie “Rock My Heart” and after that, in 2018, he was seen appearing in a German horror movie “Sanatoriums”. In the year 2018, he also played the role in a German comedy “My devilishly good friend” and in that year, he was also cast on a German-Austrian feature movie “Cold Feet”.

In 2016, he was cast in the movie “The Seventh Hour” and in that year, he also played the role in a TV movie “The Seventh Hour”. Later, he was also seen in a television series “Dandelion” and also seen appearing in a documentary-drama trilogy “The victims – don’t forget me” in 2016. Further, he was cast in a German detective movie “Solo for Weiss – The truth has many faces”. In that year, he was also seen on a television movie “Winnetou – The myth is alive”.

He was also seen directing the music videos including “All the time in the world”, “Do you have time” and “I’ll find you”.

Emilio Sakraya is a good-looking, active, and talented actor who was seen appearing in several movies and series has an estimated net worth of $1 million.