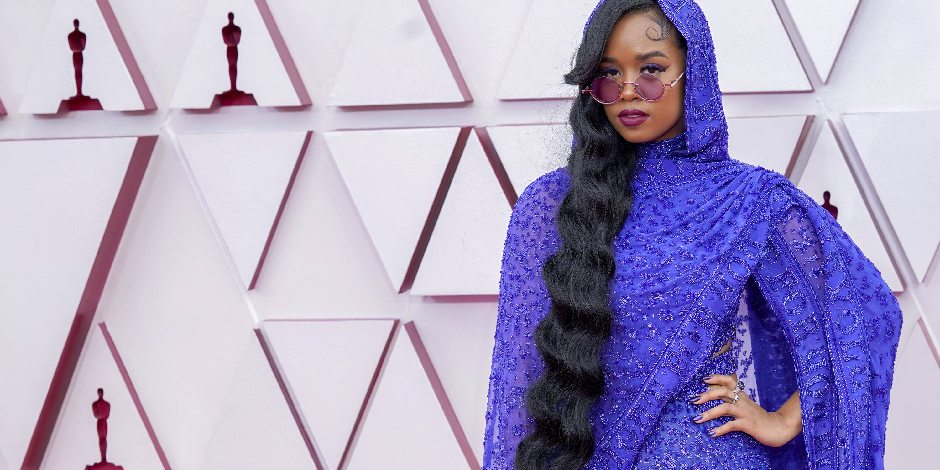 Gabi Wilson, best known by her stage as H.E.R., is a California-based American singer presently signed to RCA Records. Gabi Wilson, in addition to singing, also plays the piano and guitar.

Through her early and successful journey, she has become an inspiration to all children and Black people.

Where was Gabi born and raised?

Gabi Wilson was born in Vallejo, California on June 27, 1997. Gabby is another name for Gabriella Gabi Wilson. Her parents nicknamed her Gabi when she was a child. Wilson’s nationality is American, and she was born under the sign of Cancer. She is a 24 years old woman of African-American ethnicity.

Gabi’s father is Kenny Wilson, and her mother is Agnes Wilson. Her father, who was a part of a small California band called Urban Bushmen, was an early musical inspiration for her. Her mother was a native Filipino who worked as a housewife. Gabi’s parents were always encouraging of her aspirations.

She began learning and performing music at a very young age, inspired by her father. She debuted at the Apollo Theatre in New York City when she was nine years old. It was one of H.E.R.’s first public appearances in front of a huge audience.

How did Wilson start her Career?

Her stage name was H.E.R., which stood for ‘having everything revealed.’ She published her debut EP, dubbed ‘HER Vol. 1,’ with no prior publicity or marketing. The EP, which was released in September of the year 2016, was executive produced by Kehlani, K. Michelle, and Zhavia. Initially, the record lacked momentum. Alicia Keys and Bryson Tiller, who are both affiliated to the same company, announced the album on their respective social media pages.

Several other musicians, like Usher and Pusha T, supported her for her EP album. Rihanna was also a fan of the album, and she posted a video on Instagram with one of the EP’s tracks, “Focus,” playing in the background. As additional good feedback from reviewers and listeners flowed in, numerous more celebrities, like Kylie Jenner and Kendall Jenner, came out in support.

The album’s tracks have been streamed over 20 million times on Spotify. The album was played 65 million times on all other streaming platforms combined. NPR Radio named the EP ‘H.E.R. Vol 1’ one of the ‘5 Essential R&B Albums You Slept On.’ NPR praised the music’s “slow-burning” nature as well as its emotional highs and lows. H.E.R. was also named to Forbes and The Rolling Stones magazines’ lists of performers to watch.

In 2017, she released her sophomore EP, ‘H.E.R. Vol 2,’ which was also executive produced by Kehlani, K Michelle, and Zhavia. One of the album’s singles, “Say it Again,” was particularly popular, and the album peaked at number seven on the Hot R&B chart.

Gabi Wilson prefers to keep her personal life private. However, it has been verified that she has continued to date a lovely man. For the time being, Gabriella is solely focused on her music career.

Gabi has a YouTube channel titled H.E.R. with 2.32 million subscribers.

Check out the latest updates on Natalie Oglesby Skalla

Gabi’s album ‘H.E.R.’ garnered five Grammy nominations in the categories like ‘Best New Artist’ and ‘Album of the Year.’ Gabriella’s hard work since she was nine years old has paid off handsomely. She has developed into a fantastic and popular vocalist.

Gabi Wilson’s estimated net worth is $2 million. Her singing profession provides her with a living. Furthermore, she frequently works with famous musicians.