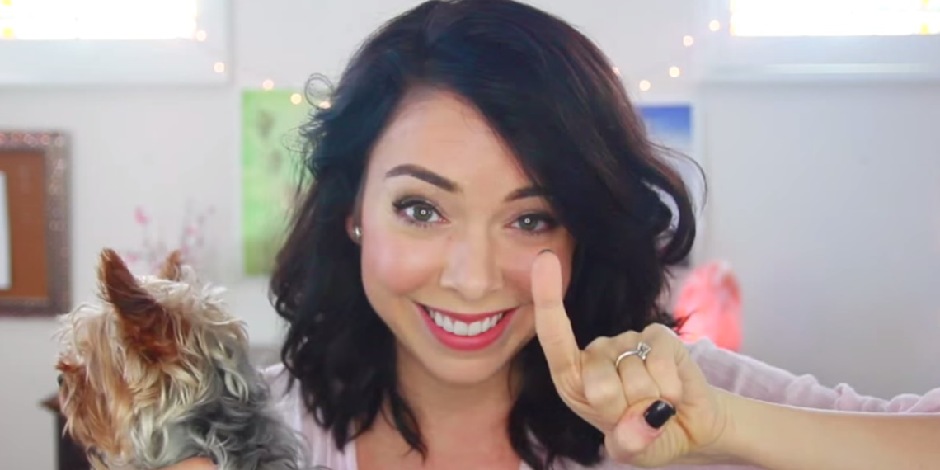 Nikki Phillippi is an American YouTuber. Nikki is also recognized for her work in “Shoegazer Films Shorts and Sketches,” “Refinery 29 Naked Truths,” and “VidCon Official Live Stream,” according to IMDb.

Where was Nikki born and raised?

Nikki Phillippi’s full name is Nicole Katherine Mullenger, and she was born on the 14th of May, 1987. Her zodiac sign is Taurus, and she is 34 years old at the moment. Her hometown is Los Angeles, California, but she and her husband eventually moved to Nashville, Tennessee. Nikki has kept her parents, brothers, and other family members private. She hasn’t revealed anything about her educational history.

How did Nikki start her Career?

Nikki has been featured in a number of films, including Shoegazer Films: Shorts & Sketches (2011), Refinery 29: Naked Truths (2016), and VidCon: Official Live Stream (2016). She is also a YouTuber, with videos such as Easy Healthy Snack Ideas and Gets Ready with Me: Girls’ Night Out. Nikki also has her own YouTube account, “exactly like that.”

Nikki used to produce films as a child merely to show them to her family, but as her skills progressed, she began making them and uploading them to YouTube for her fans to enjoy. Nikki Phillippi launched her YouTube account on June 26, 2010, and since then, she has released some fantastic lifestyle videos.

Nikki’s channel covers everything connected to a typical young woman’s everyday lifestyle and habits, from beauty and fashion videos to food preparation videos and healthy living suggestions. Her YouTube channel also features a wide range of appealing and amusing music and sketch videos.

On March 1, 2011, she and her husband Dan created “ThePhillippis,” a collaboration channel. The couple has since utilized it to produce personal vlogs. Whether it’s a travel journal, a hot location vlog, or a festive vlog, every video on their shared channel is fun to watch.

Whether it’s a travel journal, a hot location vlog, or a festive vlog, every video on their shared channel is fun to watch. Some of the vlogs worth watching on this channel include HAWAII Vacation, We Moved Into A House, and Gifts with Ingrid, Rachel, and Byron.

Nikki Phillippi is also a member of the YouTube channel named “JustLikeThat.” JustLikeThat’s channel includes entertaining videos on topics such as “Expectation VS Reality,” “DIY Life Hacks,” and others. There is also a lot of girlie content on the channel.

Who is Phillippi married to?

Nikki Phillippi is a married woman whose surname was changed to Phillippi following her marriage. Her spouse, Dan Phillippi, has his own YouTube channel as well as a combined account with Nikki. The couple’s combined channel documents their family life, with videos showcasing their cats, Zoe and Bowser. In January 2020, Nikki gave birth to their first child, a son called Logan.

Furthermore, the couple has been married for 11 years and is still going strong! Dan and Nikki used to be a lot busier when it came to Nikki’s personal information, but now they’re slowing down and establishing their “city homestead” while learning new life skills. Cooking, beauty, gardening, music, holistic fitness, and a range of other hobbies are among her interests.

Furthermore, she enjoys sharing her journey with her various passions and the beauty she sees all around her with all of her viewers

Nikki is a tall woman standing at 5 feet 8 inches tall. However, there is no information about Phillippi’s weight or other bodily measures such as chest-waist-hip measurements, shoe size, dress size, and so on. Similarly, Nikki has dark brown hair and dark brown eyes.

Nikki Phillippi’s net worth is estimated to be approximately $85,000 USD. She has published over 1000 videos, which have received hundreds of millions of views. Similarly, Nikki makes an average of 13 new videos every month and receives 48.1k video views per day.