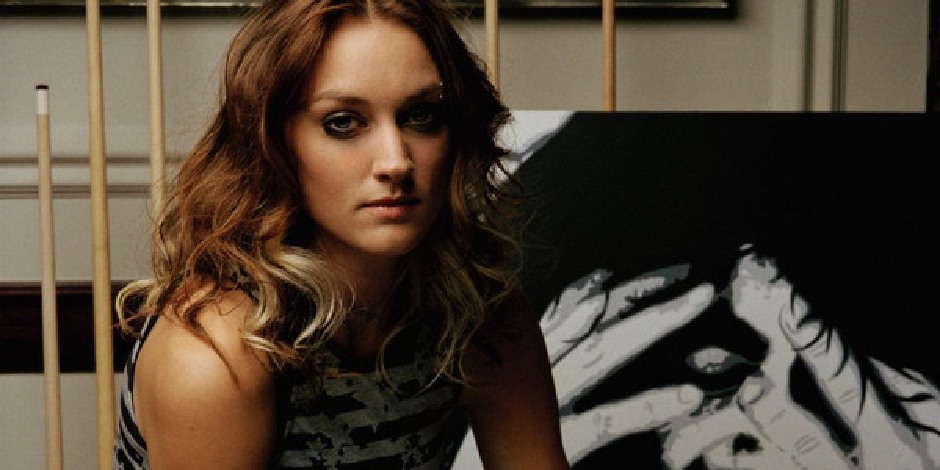 Hayley Cramer is a British-born American professional hard rock drummer. She is popularly known as the drummer and member of the famous American rock band Pop Evil.

In addition, she is the former drummer of the British rock band McQueen. Hayley is winning the heart of audiences with her fantastic drum skills.

Where was Hayley born and raised?

Hayley Cramer was born on May 6, 1983, to British parents in London, the United Kingdom. Her mother’s name is Gloria Cramer, while she hasn’t shared anything regarding her father. But Hayley has shared how her father and mother were supportive to her in choosing a drumming career. During an interview with BlabberMouth, Hayley praised her parents for how fantastic they were for supporting her.

Being born and raised in the United Kingdom, Hayley has British nationality and white ethnicity. She has the birth sign, Taurus.

Cramer hasn’t disclosed any information regarding her educational background yet. However, she probably educated herself till high school in England and chose her drum training.

How did Cramer start her Career?

Hayley started playing drums in her early years. She used to perform with different bands, but she was tired of being new to every concert. Before joining Pop Evil in 2016, Hayley was a drummer for the English rock band McQueen. She went for a tour in different countries while in McQueen. However, it was the lead vocalist of Pop Evil, Leigh Kakaty, who chose her.

After joining Pop Evil, Cramer released the album “Pop Evil” in 2017 and “Versatile” in 2020. With the band member, Hayley went on tour to Australia for the first time, following the United States, England, and other countries. In 2021, one of the members, Matt DiRito, used to play bass. As of now, there are only four members in the band, namely Leigh Kakaty, Dave Grahs, Nick Duelling, and Hayley Cramer.

Hayley Cramer turned 38 years old in May 2021. Her sexual orientation is gay. During an interview with Arrow Lords Of Metal, Hayley said:

“I’m predominantly known as female. I present myself as a female. But there’s a huge part of me that feels I should have been born a man…. I’m neither male or female…”

There is no further detail regarding the physical measurements of Hayley. But looking at her pictures, we can see that she has an athletic and tall body build. In addition, she possesses blonde hair and blue eyes.

In September 23, Hayley posted a message on Facebook asking for help for her mother. Her mother, Gloria, was diagnosed with Motor Neurones Disease. She wanted to raise the donation for $201, but through her loyal fans, Hayley was able to raise $1491. Later on, she posted a sweet picture with her mother thanking her for all the donations.

Hayley is also an animal lover. In September 2021, she volunteered Animal Rescue Corps. She is also very supportive of women’s rights and LGBTQ rights.

Hayley has an estimated net worth of over $1 million as of 2021. She accumulated all her wealth by teaching drums and mainly through her concerts and albums with Pop Evil band. Hayley lives her life touring in different countries. However, she lives a simple life spending more time with what she enjoys doing most- playing drums.