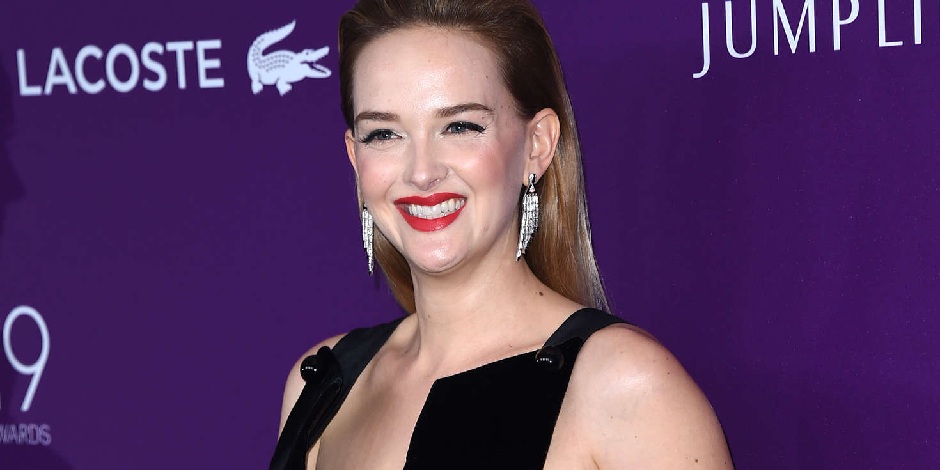 Jess Weixler is a well-known American actress, screenwriter, and director. She is known for her character in The Son, The Good Wife, and Teeth. Jess has also played the lead role along with the co-director and co-writer.

Weixler came into the limelight after she married an English Businessman. Weixler has been active in the entertainment industry since 2003.

Where was Jess born and raised?

Weixler was born in 1981, on June 8. She was born in Louisville, Kentucky. Presently, she is 40 years old as of 2021. Weixler is the daughter of Donna Emerick (Mother) and Mark Weixler (Father). Jess is the only child of her parents.

Talking about her educational background, she has completed her school from her hometown school Atherton High School. Jess was good at studying and was voted the most talented student. After that, she joined Walden Theatre Conservatory Program to learn acting.

How did Weixler start her Career?

Jess Weixler began her career in television. Jess got her first role in Guiding Light. After her excellent performance in her debut television series, Jess was seen in Hack, Everwood, Law & Order: Criminal Intent. Finally, after two years, she got a chance to act in movies. Weixler started her movie career in Little Manhattan.

Check out the latest updates on Adeel Akhtar and Law & Order: Criminal Intent

Jess has also written the script with the co-director for the Apartment Troubles. Jess’s well-known movies and television series are The Good Wife, Ava, Lumpy, Teeth, and many more. Her movie Ava had collected a worldwide gross of a total of $3.3 million.

Check out the latest updates on Kelli Giddish and Law & Order: Criminal Intent

In 2014 and 2015, Jess was selected for her character in Apartment Troubles at Cleveland International Film Festival and Los Angeles Film Festival. In 2019, Jess was also nominated for the title of Best Actress for her role in Chained for life.

Who is Weixler married to?

Jess Weixler is a happily married woman. However, she has tied a knot with well-known businessman Hamish Brocklebank. He is also a co-founder of Flooved. The couple tied a knot in 2015 after dating for some time. In 2019, Jess gave birth to a child named Beatrice Danger Brocklebank. Weixler has not shared about her past relationship, but Hamish Brocklebank has dated Ashley Springer.

Check out the latest updates on Nina Siemaszko and Law & Order: Criminal Intent

Jess is a well-known American actress. Jess has done such a great job in her career. Jess has worked in several movies and television series. In addition, Weixler has gathered such a decent amount of money through her profession. Jess estimated net worth is around $3 million.