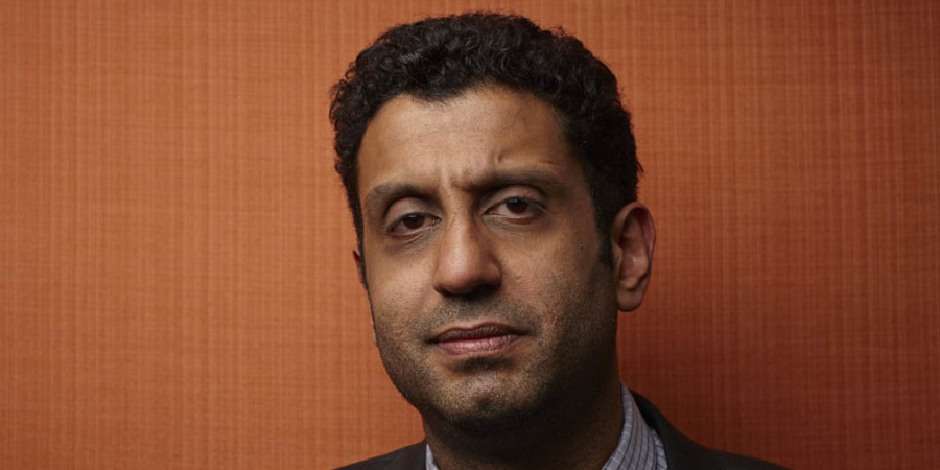 Adeel Akhtar is a well-known British actor. He is known for his character in the TV series Utopia as Wilson Wilson. Akhtar was also nominated for Best Supporting Actor for the British Academy Television Award for his role in the television series Utopia.

Akhtar has also won the 2017 BAFTA Award for lead actor for his role as Shahzad in the BBC drama Murdered by My Father.

Where was Adeel born and raised?

Adeel Akhtar was born in 1980, on September 18. He was born in London, England, the United Kingdom. Adeel is currently 41 years old as of 2021. Akhtar was born to a Pakistani father and a Kenyan mother, but he has not yet revealed their name.

Talking about his educational background, he attended Cheltenham College Junior School from 1991 to 1994. Adeel Akhtar was sent to National Youth Theatre at the time of summer by his mother. However, his father does not like Adeel doing acting.

Check out the latest updates on Lucas Black

Adeel Akhtar has graduated with a law degree, but decided to follow his passion and decided to join Actors Studio Drama School in New York for Training.

How did Akhtar start his career?

Adeel Akhtar completed his degree in law. He was a lawyer before he started his acting journey. Adeel has also worked as a dishwasher in a sandwich shop. Akhtar was very passionate about acting, so he decided to join acting classes.

After a successful debut, he featured in Law & Order: Criminal Intent alongside Kelli Giddish and Matte Osian in 2006 as Hazim. He has also seen in the BBC drama Murdered by My Father as Shahzad. Akhtar came into the limelight after he performed in the television series Utopia as Wilson Wilson.

Akhtar has also featured in the BBC miniseries Capital as the shopkeeper Ahmed along with Toby Jones. He was also seen in the BBC Series River. Michael Hogan has written, “Abi Morgan, stylishly directed beautifully wrote this series, and most of all, superbly acted. The quieter, less showy supporting players also shone. Not just stalwarts […] but fresher daces: Adeel Akhtar as River’s endlessly patient sidekick and Georgina Rich as his psychiatrist” for reviewing River in The Daily Telegraph.

Adeel has also featured in the American romantic comedy film The Big Sick, playing the character of the protagonist’s brother Naveed. He has also appeared in the acclaimed BBC miniseries based on John le Carre’s The Night Manager playing the role of Rob Singhal. In 2019, he had played the role of Billy in the critically acclaimed series on BBC Three, named Back to Life, author by Daisy Haggard and Laura Solon.

Some of Adeel’s movies and TV shows are Ali & Ava, Enola Holmes, The Nest, and Everybody’s Talking About Jamie, Utopia, River, Killing Eve, Back to Life, Sweet Tooth, Ghosted, Counterpart, and others.

Adeel has also played stage performances such as The Colonel as Zero, In my Name as Zaeem, Wuthering Heights as Yusuf, Satyagraha, and Hamlet as the Guildenstern and Francisco.

Check out the latest updates on British actress Kate Phillips

Who is Adeel married to?

Adeel Akhtar is a happily married person. He has tied a knot with Alexis Burke in 2017. Rather than this, there is no further information about their relationship. He has not disclosed his past relationship also. The couple has been blessed with a child but, he has not revealed his identity.

Check out the latest updates on British actress Mayling Ng

Adeel Akhtar is a well-known British actor. He has done such tremendous work in his career. Adeel has featured in so many movies and TV series throughout his career. His estimated net worth is around $2 million as his net worth.