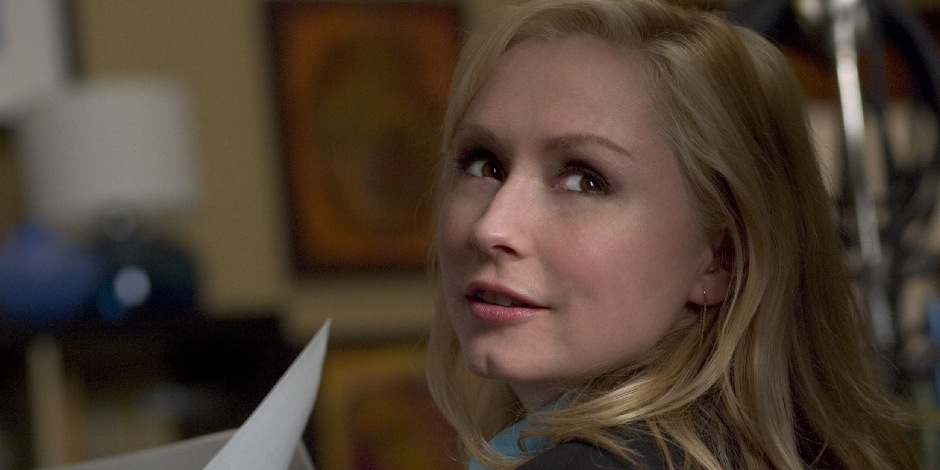 Nina Siemaszko is a professional actress from the United States well-known for her appearance in an American serial political drama series, The West Wing as Eleanor Bartlet, and film, The American President and More Tales of the City.

Where was Nina Born and Raised?

Siemaszko was born on 14th July 1970 in a city in Illinois named Chicago, United States. Her birth name is Antonina Jadwiga “Nina” Siemaszko and she was born to an English mother, Collette McAllister, and a Polish father, Konstanty. Her father is a Sachsenhausen concentration camp survivor. She has an older brother named Corky who is independent and currently working in Daily News as a writer and NBC News as a reporter.

Siemaszko has nationality American and mixed ethnicity with Polish and English ancestry. She was raised in a Roman Catholic family.

Siemaszko is a high school graduate and she was educated at DePaul University where she trained at The Theatre School.

How did Nina start her Career?

Nina Siemaszko made her acting debut in 1986 with the comedy film, One More Saturday Night where she portrayed the character of Karen Lundahl. She made her first television appearance in 1989 as Janey in Lonesome Dove. She then starred in the tv film, Baby Brokers as Leeanne Dees in 1994 alongside Cybill Shepherd, Jeffrey Nordling, Joseph Maher, Anna Maria Horsford, and others.

In 1986, she landed the lead role in the teen comedy film, License to Drive as Natalie Anderson alongside stars Corey Haim, Heather Graham, Corey Feldman, and others. She went on to play small roles in the film, Tucker: The Man and His Dream, Lost Angels, and landing starring in two films in 1991. She starred as Cassie Wellesly in the American romantic comedy film, Bed & Breakfast alongside co-stars Roger Moore, Meredith Bishop, and Colleen Dewhurst.

Nina Siemaszko further starred as Blue McDonald in an American drama film, Wild Orchid II: Two Shades of Blue alongside Zalman King. She further appeared in several films of which her best-known roles are The American President in 1995 and Johns in 1996.

Nina Siemaszko is single and she hasn’t married yet. There is no information about her past relationship as well. She is an independent woman and enjoying her single life. she does not have any children either.

Siemaszko performs yoga and she calls herself yogi. She also teaches yoga. She owns a brown dog and she has been diagnosed with Lupus.

Nina Siemaszko is currently 50 years old turning 51 in July 2021. She is 5 feet 4 inches tall about 1.63 meters. She has an average body build and she possesses blonde hair and black eyes.

Nina Siemaszko is active on Twitter. She has over 2.8 thousand followers and can be connected by @MsSiemaszko. She also had her personal Instagram account but as of 2021, she has already deleted it.

What is the Current Net worth of Siemaszko?

As of 2021, Nina Siemaszko has an estimated net worth of over 1 million dollars. seeing the number of films and televisions that she has appeared on; it is nothing new to learn about her net worth. She is currently sustaining herself as a yoga teacher and she has probably saved a decent amount from her career.