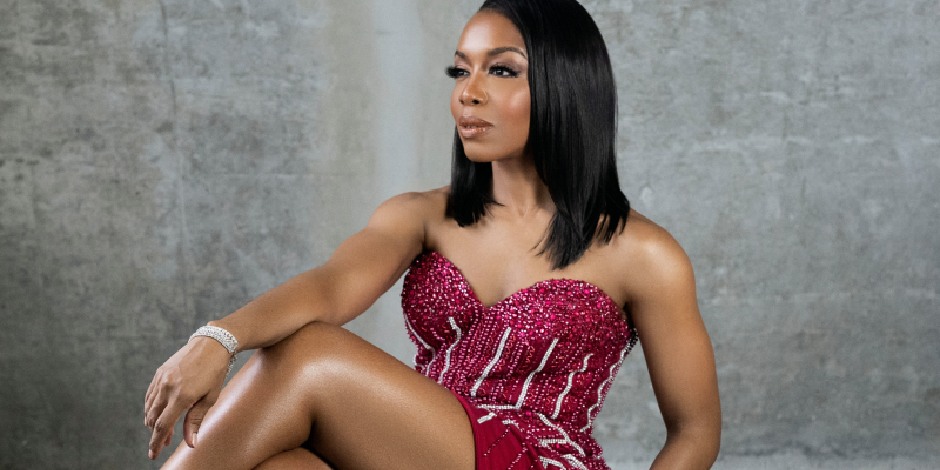 Jessica Frances Dukes is an American television actress who recently rose to fame after her appearance in the action crime series “Jessica Jones” as Grace and in the upcoming third season of tv series “Ozark” as Special Agent Maya Miller. In addition, she is the Obie Award-winning actress for her Off-Broadway play, ‘By The Way Meet Vera Stark.’

Where was Jessica born and raised?

Jessica Frances Dukes was born and raised in a town in Maryland named Riverdale, United States. Not much information has been disclosed about her parents and family backgrounds by Dukes herself yet. However, we do know that she has American nationality and black ethnicity.

Dukes was interested in acting since her childhood, and she thanks her mother for bringing that artistic spirit in her. she was born under the star sign, Capricorn.

Jessica Frances Dukes knew what she was going to be in the future. She already knew she would perform actions in the future either doesn’t matter a smaller or bigger platform. She completed her high school and later attended the Catholic University of America, graduating with a Master’s degree in acting. She was also working in Woolly Mammoth Theatre Company to learn more about arts and acting.

How did Dukes start her Career?

Jessica Frances Dukes started her career in the theatre. After completing her Master’s degree, she worked as a teacher at Montgomery College and Howard University. With her continuous involvement in several theatre companies, she got the opportunity to grow as an artist herself.

Dukes appeared in numerous plays in theatres before making her breakthrough with the play “By The Way Meet Vera Stark, ” where Vera played the lead role. She sent several invitations to film and television directors, producers, casting directors to watch her performance, and it became the door opening moment for her. A week after her performance, the director of “Ozark” called her for an audition by the director of “Ozark” which landed her the role of Special Agent Maya Miller.

Dukes has further appeared in the tv series, ‘The Good Wife,’ alongside Sarita Choudhury and Kelli Giddish, ‘Bernard and Huey,’ ‘NCIS: New Orleans’, ‘New Amsterdam,’ ‘Jessica Jones’ and ‘Ozark.’ She has also made her appearance in the film, ‘16 Bars’ working alongside stars like Lucas Black and Kiley Cascino.

Dukes is probably single right now as she has never mentioned her love life in public. In addition, her social media does not show any sign of relationships. In fact, she is focused on performing and winning.

Dukes is a great fan of American actress and director Regina King. She showed her excitement about King’s 2019 Oscar-winning and how she looks up to her. She is also a fan of Jason Batman, with whom she will be sharing her screen in the upcoming season of “Ozark.”

During the premiere for the third season of “Ozark,” COVID-19 broke out, and there was social distancing. Despite the cancellation of the premiere, she still went on and dressed.

Looking at the pictures of Dukes, she is probably between the age of 25-35 years old. She has dark afro hair, and an average body build. She prefers to straighten her hair most of the time of wear wigs to match her looks. She stands 5 feet 2 inches tall which is about 1.57 meters. Her wide smile and cheerfulness are some of her beautiful traits.

Jessica Frances Dukes is an active social media user. She has over 6.8 thousand followers on Instagram, where @jessicafrancesdukes can connect her. She can also be connected on Twitter by @jessiefdukes, where she has almost 1 thousand followers. Her professional Linked In account has over 300 connections. She is also active on Facebook.

Check out the latest updates on Julee Cerda and NCIS: New Orleans

There hasn’t been any estimation made about Jessica Frances Dukes’ net worth yet. But she is doing well in her career, and the audiences love her performance. She is actively working on her career and continuing her appearance in the series. As of 2021, she is leading a busy lifestyle indulging herself in new projects and theatrical performances.