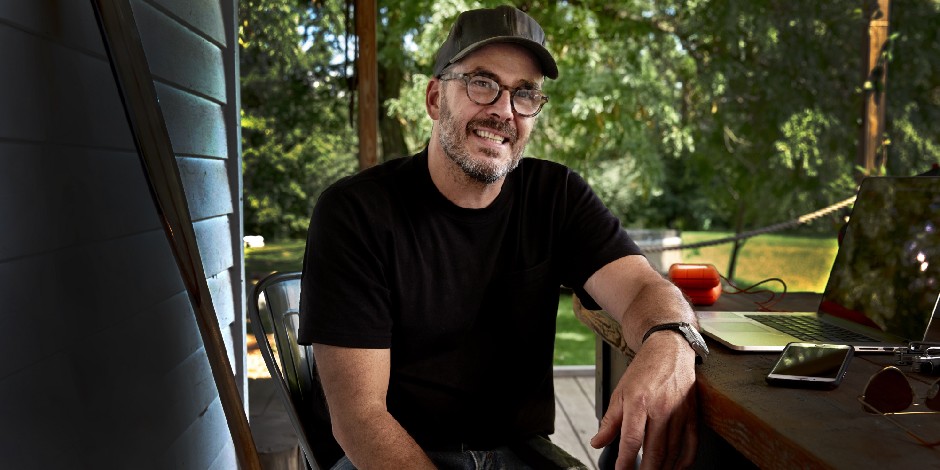 Jimmy DiResta is an American-born designer, artist, and video producer who is popularly known for his artistic work and co-hosting so many shows with his brother John DiResta. Since the year 1990, he was seen working actively in his career.

Where was Jimmy born and raised?

Jimmy DiResta was born on 3 April 1967 in New York City in a well family. He has a brother whose name is John DiResta. Currently, he is at the age of 54 and his zodiac sign is Aries as he was born on 3 April. Jimmy holds an American nationality and his ethnicity has been hidden.

Check out the latest updates on Painter and Artist Nakyung Park

Where did DiResta go to School?

Jimmy DiResta grew up nicely but the information about his family, relatives, and early life or childhood has been kept secret as he is very secretive about his personal life. To talk about his education, he went to attend the School of Visual Arts in the year 1986 and he completed his graduation with a BFA degree in the year 1990. He was also seen teaching at the School of Visual Arts.

How did DiResta start his Career?

Jimmy DiResta started his professional career as a set decorator and started co-hosting with his brother John DiResta who is an American comedian and actor. They together started hosting “Trash to Cash” in 2003 where the show was broadcasted on Fox Television.

Likewise, he was also seen co-hosting the show named “Hammered with John & Jimmy DiResta” in 2006 which was aired on HGTV wherein the show, they made their combination of DiResta’s craftsmanship and the humor of John. Both brothers are very talented where Jimmy can make anything and his brother John also make things funny as he has good humorous behavior.

Further, in 2009, he was started hosting the show named “Against the Grain” which was aired on the DIY network. Likewise, Jimmy and his brother were also seen co-hosting the American reality television show named “Dirty Money” which was aired on Discovery Channel. Later, he started a YouTube media business and was also seen publishing his work on his YouTube as well as in the American magazine “Make:” and also seen on the “Core 77”.

Besides this, DiResta with David and Bob was seen co-hosting the podcast since October 2014. Further, he was also seen publishing the book titled “Workshop Mastery with Jimmy DiResta” that is written by him and his brother. Because of his popularity and success in his profession, he was called by the name “Jimmy Two Shows”.

Jimmy DiResta’s relationship status is still a mystery for his fans and followers as he likes keeping his personal life private from the media. Currently, he has been seen focusing on his career and seen working hard to get more success in his career.

Check out latest updates on Artist and Designer Jessie Bearden

Jimmy is active on several social media platforms like:

Jimmy has also created a YouTube channel with the name “jimmydiresta” where he has got 1.91M subscribers. He joined YouTube on 11 March 2006 and his views reached 362,236, 324. He has been seen posting his work and the creative idea on his YouTube channel and received so many views.

Check out the latest updates on fashion Designer Simon Doonan

What is the Current Net Worth of Jimmy?

A good-looking, active and talented Jimmy DiResta has gained more fame and success in his career because of his talents, he became able to establish himself as a designer, artist, and video producer. Currently, he is living his standard life with an estimated net worth of $3 million.