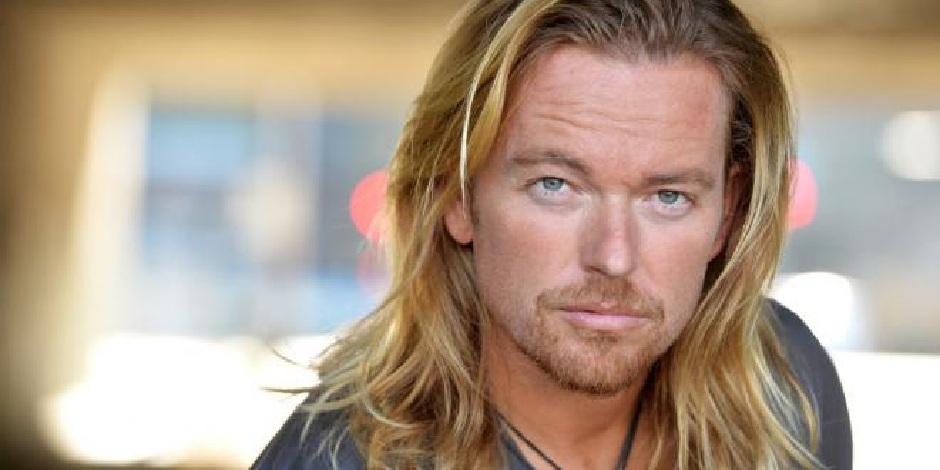 Jonathan Scarfe is a Canadian actor popularly known for his appearance in the fantasy horror drama series, Van Helsing alongside Trezzo Mahoro as Axel Miller.

Where was Scarfe born and raised?

Jonathan Scarfe was born on 16th December 1975 in the capital of Ontario province, Toronto, Canada. He is the son of Canadian actress and actor, Sara Botsford and Alan Scarfe. He learned acting during his teens while working in the theatre festival at Stratford Festival.

He is a high school dropout. He left school when he was 15 years old. Scarfe’s nationality is Canadian and his ethnicity is white. He has a zodiac sign, Sagittarius.

How did Jonathan start his Career?

Jonathan Scarfe made his film debut in 1997 with the film, Dead Innocent as Jimmy. He went on to play the smaller roles in the film like Boogie Boy, The Lesser Evil, The Bay of Love and Sorrows, The Poet, and others. He has done 2 hallmark television movies which include  Ties That Bind alongside Louriza Tronco as Matt McLean in 2014 and Angel of Christmas in 2015.

Scarfe made his first television appearance in 1993 with the series, Family Passions as Rolf. He further played small appearances in the series, Hawkeye, Highlander: The Series after which he landed his first main role as Madison in the television series, Madison. In the series, he portrayed the role of R.J. Winslow. He has played a major role in other series like ER, Raising the Bar alongside Sonny Valicenti, Perception, Hells on Wheels, and finally Van Helsing in 2016.

Scarfe gained fame with his lead role as Axel Miller in the fantasy drama, horror series, Van Helsing alongside co-stars Kelly Overton, Christopher Heyerdahl, and others.

How many awards does Scarfe Win?

Jonathan Scarfe has achieved 7 awards and 8 nominations. In 1998, he was first nominated with Gemini Awards for his performance in the film, White Lies and The Morrison Murders: Based on a True Story. In 2000, he earned Gemini Awards for Best Performance by an Actor in a Leading Role in a Dramatic Program or Mini-Series for his role in The Sheldon Kennedy Story.

In 2001, Scarfe earned Dances With Films Awards for Best of DWF for his performance in the short film, Speak which he shared with his wife, Suki Kaiser. He further earned his third Gemini Award for his role in Above and Beyond. In 2017 and 2019, he earned his third and fourth Leo Awards for his breakthrough role in the series, Van Helsing.

Who is Jonathan married to?

Jonathan Scarfeis married to actress, Suki Kaiser who was born in Thailand. The couple tied their knot on 30th August 1998 and they have been leading a happy life since then. His wife gave birth to two beautiful children namely Hunter and Kal Scarfe who are already grown up.

Scarfe is 45 years old turning 46 in December 2021. He has brown hair and blue eyes. He has an athletic body build with a bodyweight of 70 kg and a height of 5 feet 10 inches.

Jonathan Scarfe has an estimating net worth of 20 million dollars which he earned from his acting career. He is living a luxurious life with his family. He also took a 2-year holiday from acting just to travel around the world with his family. We don’t have detailed information regarding his house and luxury collection.