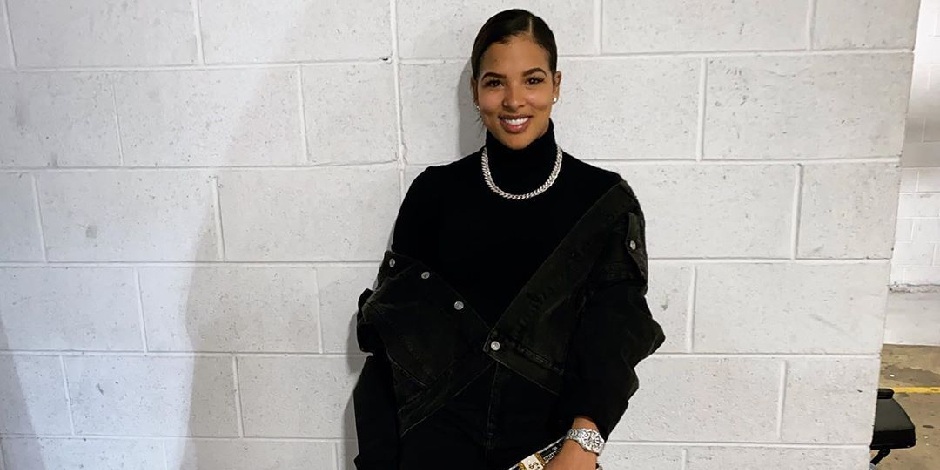 Kamiah Adams is a social media star, model, beauty entrepreneur, and YouTuber. She is best known for being the wife of a professional American basketball player, Bradley Emmanuel Beal, popularly known as Bradley Beal. Their love for each other is a perfect couple of goals, and they are swooned by basketball fans worldwide. She is also the biggest cheerleader and supporter of her husband.

Where was Kamiah born and raised?

Kamiah Adams was born on 20th March 1993 in Puerto Rico, United States. She was born under the birth sign Pisces. She is of American nationality and African-American ethnicity. She is the daughter of Karina and Jeremiah Adams. She is the oldest among her siblings, namely Paige and Kennedy Green.

Kamiah Adams was educated at Millikan High School and graduated from Cerritos College.

How did Kamiah start her Career?

Adams started her career as a model. She gained popularity after making her appearance in the reality tv series Love & Hip Hop: Hollywood in 2015. She later launched her own beauty and cosmetic product line called XO.

As of 2021, she is popular for her vlog called The Beal Family, where she has gained over 45.3 thousand followers. Bradley Beal, the rising NBA player, also makes his appearance in her vlog despite his busy career.

Who is Adams married to?

Kamiah is committed to Bradley Beal, who is a well-known basketball player. They first met each other in the Los Angeles club and started with a friendship. They eventually fell in love, and now they are blessed with 2 beautiful sons named Bradley Emmanuel “Deuce” and Braylen Elias, born in 2018 and 2019, respectively. She was previously in a relationship with Lil Fizz.

Kamiah enjoys watching basketball. She attends almost all the matches her husband is competing in. Her reaction to LeBron James’s insane shot has already been the talk of the town in 2017.

Adams is 28 years old as of 2021. She was previously a model and had a slim body build. She stands 5 feet 11 inches tall, weighing 60 kg. She started gaining weight after the birth of 2 sons. However, the media thought that she might be pregnant again, to which she responded, “No! Lmao, I reeeeaally love food. But I have been workin workin, and it looks like a crop top summer!”

Kamiah has been taking her gym and diet pretty seriously lately. After all, she has always been a fitness freak.

She makes sure to make full use of her social media account by promoting her business. Not only that, but she watches out all the hateful comments about her husband, and she has also clapped back to all the haters till today.

In early 2021, Kent Bazemore, who is currently playing for the Golden State Warriors and opponent of Bradley, commented on his injury, which caused quite trouble for him as the Beal family took it very seriously. Kamiah took her disappointment into Twitter and wrote,

“Now why did Lamont have to go and start some shit he can’t even show up to compete in, let alone finish.” She further added, “In the words of YoungBloodZ. ‘Don’t start no sh*t, won’t be no sh*t.”

Check out the latest updates on Vlogger and Youtuber Zaid Ali

What is the Current Net Worth of Adams?

Kamiah is living a luxurious lifestyle. She has a net worth of $500 thousand, but no worries, she shares her earnings with her husband, Bradley, who has a net worth of $40 million. The couple currently resides in a $6.8 million mansion in Los Angeles.