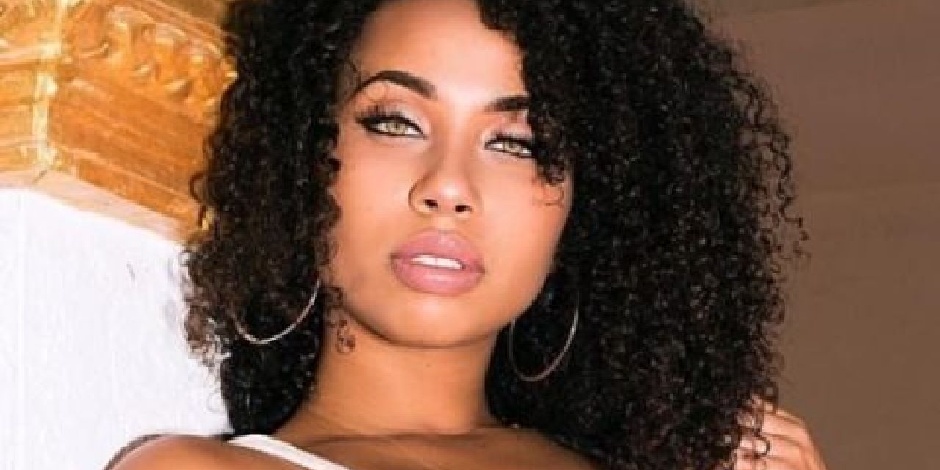 Natalie Odell is an American YouTuber, Video Creator, Social Media Star, model, and actress. She gained fame with her funny video content. She is also known for her appearances in the film ‘Basketball Friends Forever’ and the tv series ‘Angel City Heroes.’

Where was Odell born and raised?

Odell was born on 24th November 1993 in Pennsylvania, United States. She is the daughter of Rhonda, with whom she is still very close. She grew up with her brother, Hymn, and sister named JaSena Odell, and both of them are social media stars. She hasn’t mentioned her father yet.

Natalie Odell has American nationality and African-American ethnicity. Her birth sign is Sagittarius.

Check out the latest updates on Sarah Schauer

How did Natalie start her Career?

Natalie Odell initially started using Instagram just for fun and time pass. Then, she started posting funny videos of her on Instagram, and one particular video caught the public’s attention. She first posted a comedy video with Toni Skits on Instagram. It was a video of her being a single, and it suddenly caught the world’s attention.

Odell suddenly made herself a celebrity with her single video. With her growing popularity, she started making tons of videos. She also opened her own YouTube channel, Natalie Odell on 28th February 2016. She started uploading videos of several beauty hacks, her personal life, pranks, and many more. Some of her popular videos are “Coming OUT of the closet *GETTING MY LIFE…”, “Our First Time With A Girl *GRWUS*,” “My Stud Girl Friend Does My Voice Over **Got Roasted*…”, and several more.

As of 2021, Odell has over 146 thousand subscribers on her YouTube channel. She has also started endorsing several brands and promoting through her social media. She has also landed her foot in the film industry as she appeared in the tv series ‘Lele Pons and Hannah Stocking’ in 2017, ‘The Scholarship’ in 2018, and ‘Angel City Heroes’ in 2019. She has also appeared in the 2017 film ‘Basketball friends Forever’ as Sofie.

Odell is currently 28 years old, turning 29 in November 2021. She stands 5 feet 7 inches tall which is about 1.7 meters, and weighs 59 kg. Natalie has an average body build and is known for her afro hair. She prefers to keep her body in check and is strict regarding diet as she is also an Instagram model. She has dark brown eyes and hair. She is a lesbian.

Who is Natalie in a relationship with?

Odell is currently in a happy relationship with a YouTuber girl named Young Ezee. She is not shy to show off her relationship to anyone. She doesn’t hesitate to announce her partner proudly. There are tons of photos of them together, and they further appear on each other’s channels. Her partner, Young Ezee, also has a child named Aiden Isaiah from her other partner. Despite everything, the couple has been leading a great life.

Natalie Odell is a funny and outgoing person. She loves to travel and try on new clothes. She also enjoys photography, makeup, and fashions. She also enjoys dancing, as we can see several videos of her in Tik Tok. The couple currently resides in Los Angeles, California.

Check out the Social Media Star and Youtuber Sveta Bilyalova

What is the Current Net Worth of Odell?

Natalie Odell is living a luxurious life as she is making millions from her successful career. Her net earnings ranges from $300 thousand to $400 thousand. She has also endorsed several brands, and on the other hand, her girlfriend, Young Ezee, has a net worth of over $1 million. Together the couple is leading a luxurious lifestyle.