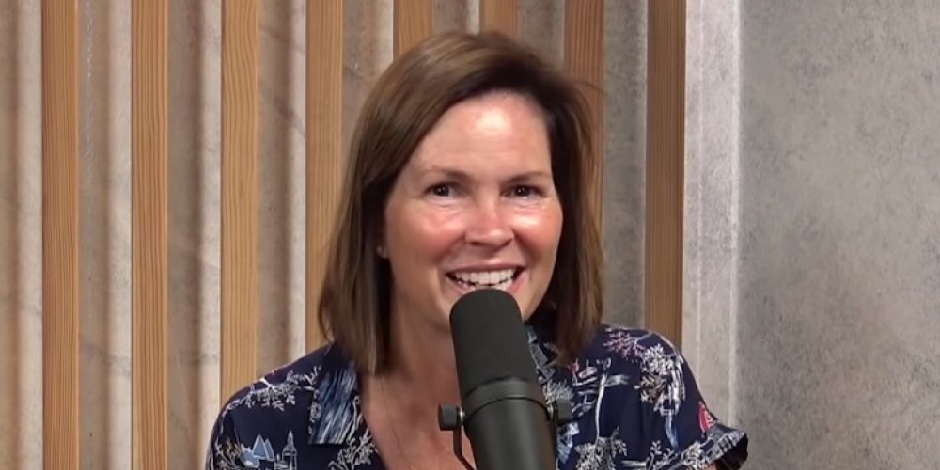 LeeAnn Kreischer is an American writer who is best known for being the wife of American stand-up comedian and reality TV host, Bert Kreischer. Her husband is the host as well as producer of the All Things Comedy network.

Where was LeeAnn born and raised?

LeeAnn Kreischer was born on 20th August 1971 in a city called Bowdon in Georgia, the United States thus she has nationality American and has Caucasian ethnicity. She was born under the star sign, Leo. She hasn’t disclosed much information about her parents but we believe she was raised well by her parents. She does not have any siblings.

Kreischer passed her high school from Bowdon High School in her hometown. She later attended the University of Georgia where she met her future husband, Bert Kreischer. There is no more detailed information about the degree she attended but she is a Bachelor’s graduate.

How did LeeAnn start her Career?

LeeAnn is a writer and she runs a Podcast called “Wife of the Party Podcast” which she started back in February 2018. She has her own website and YouTube channel. She has hundreds of videos with thousands of views. Her website also can be connected by wifeotp.com. Her channel goes by the name Wife of the Party Podcast where she interviews different people including her 2 daughters as well.

As for her husband, Bert Kreischer is a well-known stand-up comedian and podcaster. He is currently running podcasts named All Things Comedy as well as co-hosting another podcast named 2 Bears, 1 Cave. The couple is successful in their work.

Kreischer has also shown her interest in writing. She has also made her appearance in the comedy, talk-show, Something’s Burning, and in the short movie, Destiny Stalled in 2000 as an actress.

Who is Kreischer married to?

Kreischer tied her knot to Bert Kreischer in 2003. It was Bert who made his first move to LeeAnn. The couple met each other couple of times before during their time at the University of Georgia but Bert could not make himself visible in front of her eyes.

Bert was already a known comedian when he met her. He would walk around naked in public but when it comes to love, he was really shy to express his feelings. However, in their third meeting, Bert finally made his move which gained him the number of LeeAnn. The couple dated for several years before finally tying their knot.

The couple currently resides in Los Angeles, California with their 2 beautiful daughters namely Georgia and Ila. They also own 3 dogs and a cat. When they have free time, the family visits different places together.

LeeAnn Kreischer is currently 49 years old and turning 50 in August of 2021. She stands 5 feet 6 inches tall or about 1.67 m and weighs 60 kg or 132lbs. Her eye color is dark brown and her hair is brown color. She possesses an average body build and her sexual orientation is straight.

What is the current net worth of Kreischer?

The couple owns a house in Los Angeles, California and they ride BMW 5 series and Lincoln Navigator. Despite being a millionaire, the couple is leading a simple and elegant life rather than covering themselves up with a branded and fashionable thing.