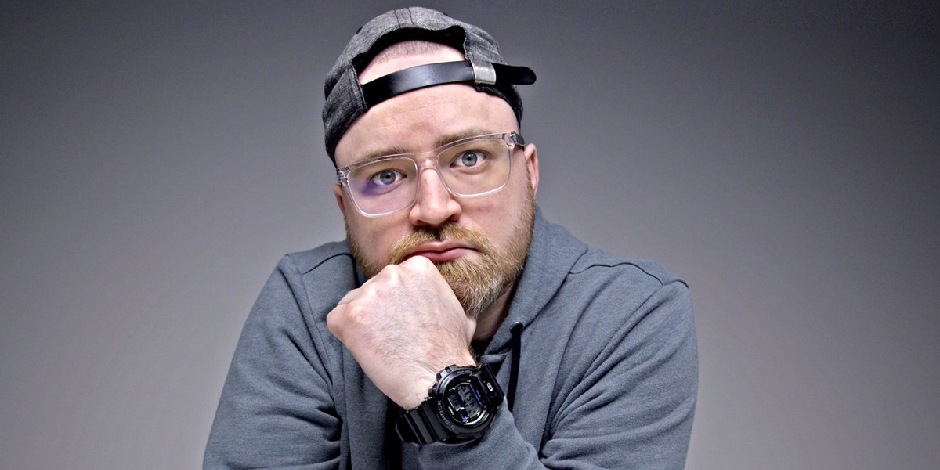 Lewis Hilsenteger whose full name appears to be Lewis George Hilsenteger is a professional Canadian unboxing and technology YouTube content creator. He is also widely known as Unbox Therapy.

His YouTube channel named ‘ Unbox Therapy’ has more than 18 million subscribers and his videos in total have received more than 3 billion views. Lewis has shared fame in his other social media accounts with the help of his YouTube channel.

Where was Lewis born and raised?

The YouTuber and social media personality Hilsenteger was born in the year 1985 on 6th May. This makes him 36 years old now with a birth sign Taurus. Lewis was born in Toronto, Ontario, Canada, and was raised there by his parents alongside his siblings. With that, he holds a Canadian citizenship card. He is now living in Newmarket, Ontario in the Greater Toronto Area.

His zodiac element is Earth, zodiac symbol is Bull, zodiac quality is Fixed, sign ruler is Venus, detriments are Mars (Traditional) and Pluto (Modern), Exaltation is Moon and Fall are No Planet (Traditional) and Uranus (Modern). His lucky numbers are 6 and 5 and his lucky colors are White and Green.

Talking about his academic journey, he attended the Toronto School of Arts and studies Digital Art Photography and Video Editing.

How did Hilsenteger start his Career?

Lewis along with Jack McCann created an unboxing YouTube channel in December of 2010. Lewis decided to create a YouTube channel as he used to enjoy Unboxing videos on YouTube. His videos allow users to experience the best pleasure of opening the newest technology items without spending their money.

His YouTube channel ‘ Unbox Therapy ‘ which has 18 million subscribers now has more than 4 billion total views with just 1.9 thousand videos posted till now. He posted his first video ‘ Apogee One Audio Interference Unboxing, Overview & Test ‘ which was uploaded on 28th December 2010. This video has 377 thousand views in it along with 7.3 thousand likes.

The most popular video posted till now on his YouTube channel is ‘ iPhone 6 Plus Bend Test ‘. This video was posted on 24th September 2014 and it has 73 million views along with 344 thousand likes and 46 thousand comments. Some of his popular videos are ‘ This Smartphone Changes Everything…’, ‘ This Cup Is Unspillable – What Magic Is This ?’ , ‘ The 4 Dollar Android Smartphone ‘, ‘ Unboxing The Mind Bending Wallpaper TV …’ Unboxing The $ 20,000 Dollars Smartphone’ and so on. Most of his videos have more than 10 million views.

Along with YouTube, Lewis has also been successful in gaining a huge number of fan followings in his social media accounts including Instagram, Twitter, and Facebook. People are totally loving what he is doing.

Check out the latest updates on Youtuber Cinnamon Toast Ken

Lewis Hilsenteger is married and has one son. He is enjoying his married life with his wife and son. They are usually seen hitting places and vacations together.

From all the work Lewis does in both the real and virtual world has made him earn 24 million dollars yearly. He spends his income on his lavish lifestyle and for the welfare of his family.

Check out the latest updates on Youtuber Chris Chann

Lewis who has been successful in gathering a huge number of fan followings in his life has also been very successful in keeping his profile clean. Till now, he has not been part of any controversies or rumors.