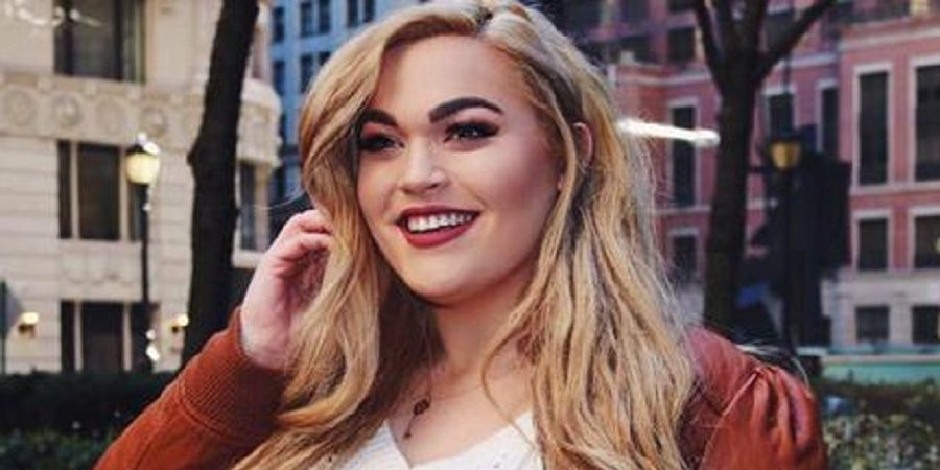 Loey Lane is a famous American Women Beauty and Fashion video blogger who mainly uploads videos on YouTube of plus-size women and their beauty. She made a lot of storytime with us about her experiences. Her beautiful body and weight vlogs have impacted positively lightened in many plus-size women’s dreams who were shaming about their fat and body size.

Her aim is to popularize women’s beauties and fashion but most probably her target audience is primarily other fatty women or plus-size body ladies. She is also popularly known as the Instagram plus-size model who makes remarks on makeup and horror.

Where was Loey born and raised?

Loey Lane was born on 20th May 1993 in the state of the Southeastern region of America called “Georgia”. Her legal name is “Lauren” but she feels so much fun when her fans and followers called her Loey. Her zodiac symbol is Taurus and she holds American nationality. Her childhood spends in Georgia by her father who was a high school teacher, and her mother who was a nurse at a local hospital.  She hasn’t shared any information about her parents.

However, through social media posts and videos, it is known that she has lost her father. She has a single brother named “Christian”. She loves having conversations on the topic of paranormal or ghost stories. She also mentioned in an interview that she grew up in a haunted house and would talk to a dead man, called Colonel.  She also loves to adopt many pets, cats, guinea pigs, and a horse in her house. Even though she created Instagram of them.

How did Lane start her Career?

Loey Lane has not shared information about her education. It come to know that she is a classically trained singer and went to college to be a nurse. When she started her career life from the YouTube channel, shortly she had more than 500,000 subscribers on YouTube.

In 2015 she enhance the cover page of “Skorch magazine” for her involvement in declining conventional thoughts that large size of women usually has to face anywhere. She also a winner of the “IT Cosmetics” contest for the positivity encouraging messages on the size of the women’s body which was the big and motivational content of her Youtube channel.

Who is Loey married to?

When the lane was in school, she met her future husband, Tyler who was a United States Army Officer at the age of 21. She was 19 years old when they decided to tie the knot and had beautiful married life at young adult age. They do not have any children and were living in Kansas City with their pets.

Loey Lane is currently 28 years old. She is 5 feet 5 inches tall and her weight is around 90 Kg.  She is a very confident and motivated person. Her shoe size is 8 (US) and wears a dress size of 14 inches. Furthermore, she has a pair of hazel eyes and she usually dyes her hair in different styles and colors. Her waist size is 34 inches and 40 inches of hip size.

She is a very positive attitude and inspires large size women to love their bodies instead of being shameful of their own body size. She is not a morning person but through her YouTube videos, she had a trainer and uploads videos of her gym and doing workouts.

On 24th February 2013, she begins her YouTube channel due to the shortfall of representation in the beauty society. In a very short time, her channel gains much of the people’s appreciation and got over one million subscribers with over sixteen million viewers. Her first video was “Huge NYX Haul: February 2013”.

It was about the dress hauls for plus-size models and gradually her videos started to lift up. Also, she started giving make-up advice to her YouTube subscribers. She made her name on social media platforms, especially on Instagram, sharing her videos. She also available Om Facebook and Twitter as well.

Since Loey Lane begins her career on social media platforms, she has become a very successful Vlogger on YouTube and also best popularly known as a plus-size model and her success gain her net worth by a large amount. She has an estimated net worth of $100k to $1 million. Her career as a model, vlogger, and actor is her primary source of income.