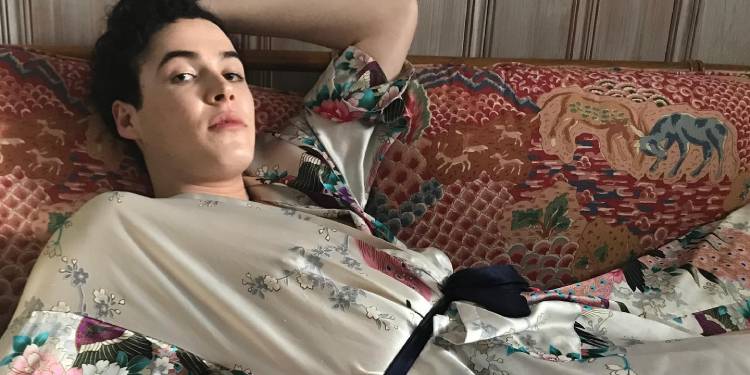 Lyle O’Donohoe, now called Lyle Lettau, is a Canadian actor who was raised to prominence after his performance as Tristan Milligan in the Canadian teen drama franchise called “Degrassi.” His portrayal of the character Tristan in the series has gained him international attention. He is also a talented singer.

Lyle O’Donohoe was born on September 25th, 1994 in Flesherton, Ontario, Canada. He hasn’t disclosed further information regarding his parents. Lyle has Canadian nationality and white ethnicity, with German, Irish, British, and Native descent. Lyle was born under the star sign of Libra.

Lyle changed his name from Lyle O’Donohoe to Lyle Lettau to honor his grandmother who died of Alzheimer’s. Lyle spent his childhood with his grandmother.

Lyle O’Donohoe was educated at Grey Highlands Secondary School in Ontario, Canada. His educational background after high school is a mystery to us. Since he started his acting career at an early age, he hasn’t furthered his studies.

How did Lyle start his Career?

Lyle O’Donohoe made his acting debut in 2012 with the tv series, “New Music Live” followed by “TeenNick Halo Awards” and “Teens Wanna Know.” In 2011, he landed the role of Tristan Milligan in the tv series “Degrassi: Minis” which was his breakthrough in his career. He had also portrayed the role of Alan ‘The Brain’ Powers in the short tv series “Arthur.”

Lyle was nominated for Young Artist Awards in 2013 and 2015, respectively. In 2015, he won his first-ever The Joey Awards for Best Actor in a TV Drama Leading Role for his performance in “Degrassi: The Next Generation” alongside Juno Rinaldi. Lyle continued to appear in Degrassi franchise episodes such as “Degrassi: Don’t Look Back” and “Degrassi: Next Class.”He also appeared in the series “iZombie” as Birch Kraft alongside Quinta Brunson and Lauren Kutner, and he will next be seen in the movies “Spring Bloom” as Birdie and “Dancing for the Devil” in upcoming years.

Lyle O’Donohoe is 27 years old, turning 28 in September 2022. Lyle is open about his sexual orientation being gay. He is a fashionable and handsome man. He possesses black eyes and black hair. Lyle is gifted with a tall height of 6 feet, which is about 1.84 meters and weighs 60 kg. Lyle had a huge weight loss journey while growing up. He has an athletic build.

Lyle O’Donohoe was rumored to be dating his Degrassi co-star, Eric Osborne. However, both of them denied it, and Lyle doesn’t seem to be in any relationship right now. He is single and focused on his career.

Lyle is a huge fan of an American filmmaker named Quentin Tarantino. His favorite singer is Lady Gaga. He also smokes.

His band goes by the name Cute Whore where he has collaborated with a singer named Olivia Scriven. Lyle is leading a successful life as a rising actor. With his new projects coming up, we will be seeing more of his amazing performances.