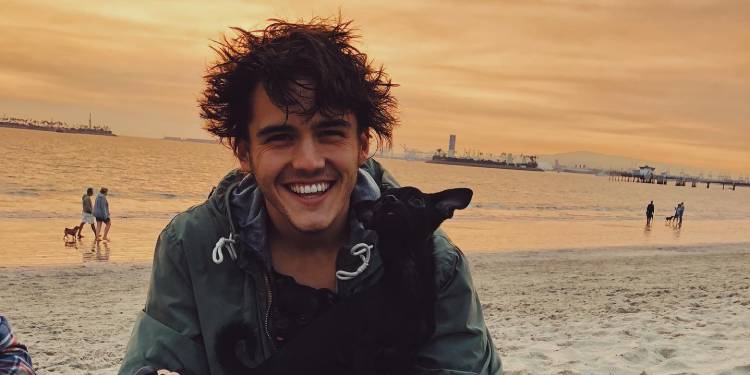 Charlie Gillespie is a Canadian-American actor, singer and television personality. First gained attention after his performance in the television series “2nd Generation.” Gillespie further gained recognition after his main role in the tv series, “Julie and the Phantoms” where he portrayed the character of Luke Patterson.

Charlie Gillespie was born on 26th August 1998 in Dieppe, New Brunswick, Canada. His full name is Charles Jeffrey Gillespie and he is the son of Patrick Gillespie, a businessman and Jeanette Gillespie, a housewife. Gillespie grew up with his three older brothers namely Michael, Patrick Jr., and Ryan Gillespie and a younger sister, Meghan Gillespie.

Gillespie has both Canadian and American nationality and white ethnicity. He was born under the star sign, Virgo. Gillespie moved to United States when he was young.

Charlie Gillespie’s educational background is a mystery to us. We believe he has completed his university. But Gillespie spent majority of his childhood playing and learning music. He has been actively into music since his childhood and made his acting debut in the mid-teen.

How did Charlie start his Career?

Charlie Gillespie made his career debut in 2014 with the movie, “The Outlaw League” where he portrayed the character of Tiger. He landed several smaller roles in the tv series, “Degrassi: Next Class,” “The Next Step,” “Charmed,” and others alongside stars Reiya Downs, Miriam McDonald, and others. Gillespie landed his first ever leading role in the tv series “2nd Generation” as Brody Johnson. He was nominated with two Joey Award for Best Ensemble in a TV Series and Best Series Regular or Leading Actor in a TV Series in 2017.

Gillespie further landed another lead role in the tv series, “Consequences” in 2019 and in “Julie and the Phantoms” in 2020. Gillespie portrayed the role of Luke Patterson in the series “Julie and the Phantoms” alongside actress, Madison Reyes and Jadah Marie. He has also appeared in the music video of Naomi Sequeira’s ‘Pastries’, Madison Park’s ‘Better w/o you’ and Chevel Shepherd’s ‘Good Boy’. Currently Gillespie is working on the three new films “The Class,” “Love You Anyway,” and “Deltopia.”

Charlie Gillespie is currently single and there has been no any past rumors about his love life. He is very friendly person and spends most of his time traveling, adventures, and doing stuffs. There are several pictures of Gillespie on social media with different girls but they all seems to be his close friends.

Gillespie enjoys making social media contents. He also enjoys playing guitar and he sang the song “Finally Free” on stage alongside his co-star, Madison Reyes. He is a huge animal lover and he recently bought a puppy dog named Koa. We can see that Gillespie is a free-spirited person.

Charlie Gillespie is 23 years old turning 24 years in August 2022. He is a handsome young man possessing athletic body build. He stands 5 feet 8 inches tall which is about 173 cm and weighs 70 kg or 154.5 lbs. Gillespie possesses dark brown hair and green eyes. He is known for his toned physique and charming looks. He has a straight sexual orientation.

Charlie Gillespie has an estimated net worth of $100-$500 thousand as of 2022. He has been taking several new roles and projects. We believe his net worth will increase more in upcoming years. Gillespie is gaining more attention in the international level and is on his road to success.