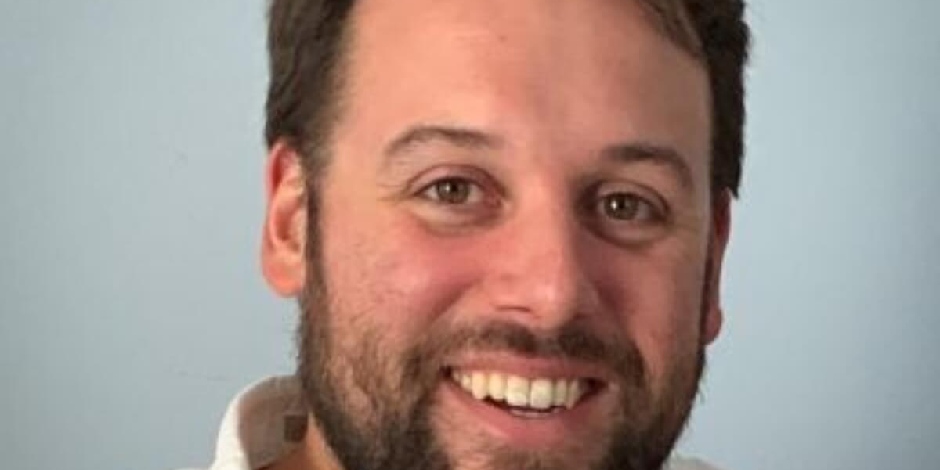 Matthew Mario Rivera was born on 24th May 1982 in New York City, United States. He is the son of a retired lieutenant, Daniel O Riviera, and a nurse, Loraine V Vetter. Matt’s father and mother got divorced sometime later after his birth. His mother remarried to an environmentalist, Larry Vetter. Matt’s new step-father owns a consulting company in New York. His mother, Loraine, still works at St. Catherine of Sienna Medical Center.

Check out the latest updates on Charles Donald Fegert

Having being born and raised in New York, Matthew Mario Rivera possesses American nationality and white ethnicity. In addition, he has the birth sign Gemini.

Matthew Mario Rivera is an educated man. He completed his high school at Sachem High School in 2000. He then completed his Bachelor’s from a prestigious college, New York University, in 2004 with a degree in Journalism.

Matthew Mario Rivera’s love life began while working in the NBC News office in 2002, where he met his future wife, Kasie Sue Hunt. They remained friends for several years, finally taking their friendship to the next level. Matthew finally proposed Kasie in 2016. The couple tied their knot on 6th May 2017 in a small intimate wedding attended by a family and friends circle from NBC. As of 2021, the couple is blessed with a son, Mars, born in 2019.

How did Rivera start his career?

After graduating from NYU, Matthew Mario Rivera started his job as a video journalist for the Moose Productions he co-founded in 2004. He started the company with 12 other employees and created several documentaries. Matt also worked for The Wall Street Journal since 2008 as a reporter and multimedia producer. He was also working part-time at New York University as an adjunct Professor.

Check out the latest updates on Celebrity Husband Nik Hirschi

After working for more than two and a half years in NYU and The wall Street Journal and six and half years in Moose Production, he dropped all the work to join NBC. In 2010, he joined NBC News as Senior Producer. After working for six years as senior producer, he was promoted to Senior Digital Producer for “Meet the Press with Chuck Todd” in August 2016.

As of 2021, Rivera has been continuing his work for NBC News as a Senior Digital Producer.

Matthew Mario Rivera turned 39 years old in May 2021. He is the father of a beautiful son who was recently born in 2019. Matt stands 5 feet 9 inches tall which is about 172 cm. He has an average body build weighing 77 kg or 170lbs. he has brown eyes and hair. He has a straight sexual orientation.

Matthew Mario Rivera is a socially active person. He is active on Instagram, which he has kept private. Matt has about 472 followers on Instagram, where he can be connected with @mattmrivera. He also has over 4.1 thousand followers on Twitter and can be combined with @rivera. His professional Linked In has detailed information about his education and professional background. He has over 500 connections on Linked In.

As of 2021, Matthew Mario Rivera has an estimated net worth of $3 million. He made his earnings from working in Moose Production, The wall Street Journal, NYU. His earnings made a huge turn when he joined NBC News and was boosted further after getting promotions in 2016. On the other hand, his wife, Kasie Hunt, has an estimated net worth of $4-$6 million as of 2021. Despite being millionaires, the couple has been maintaining a professional yet straightforward lifestyle.