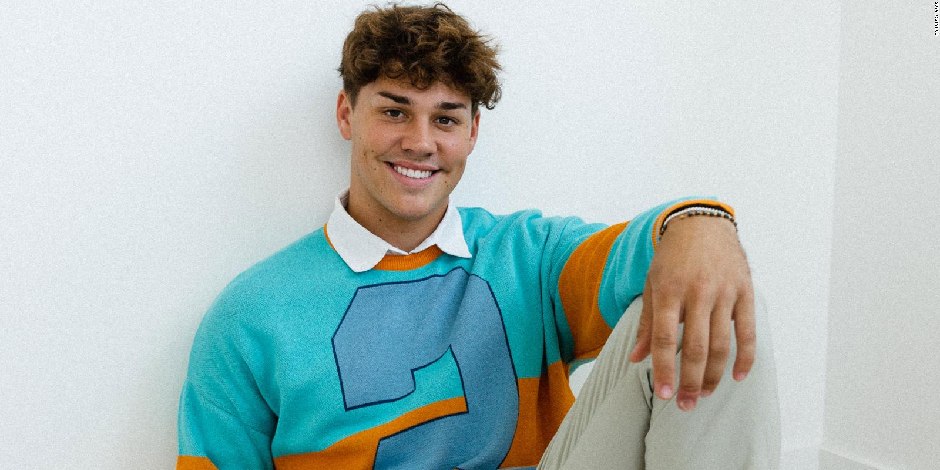 Noah Beck is a social media personality and American football player who gained fame through Tik Tok content. He is also known for his sweet relationship with Tik Tok queen and singer Dixie D’Amelio.

Where was Noah born and raised?

Noah Beck was born on 4th May 2001 in Peoria, Arizona, the United States, as Noah Timothy Beck. He hasn’t mentioned the names of his parents, but his father is a businessman while his mother is a housewife. He is the youngest in his family, and he grew up with his two elder sisters Haley and Tatum Beck.

Born and raised in the United States, Beck has American nationality and possesses white ethnicity. His zodiac sign is Taurus.

Where did Beck go to School?

Noah completed his high school at Ironwood High School in Glendale, Arizona. He used to play soccer in his high school, and he was named Ironwood Soccer Player of the Year on March 14, 2017. He has good ratings on his high school soccer records. He graduated from Ironwood in 2019. After his graduation, he received a full scholarship from the University of Portland, joining Portland Pilots men’s soccer. However, he dropped out of the university after his second semester.

Who is Beck in relationship with?

Noah has been in a romantic relationship with a Tik Tok queen and singer, Dixie D’Amelio. The couple started dating in September 2020, and it’s been a year, and they are the most lovable couple and supported by their fans. The couple together appears on several of their Tik Tok videos and Instagram.

During the COVID-19 pandemic, Noah and Dixie went on a vacation in Nassau, Bahamas, which extensively criticized his fans. But he later assured his fans that the couple followed all the safety protocols and went through the private jet.

In July 2020, rumors sparked about Noah dating American beauty YouTuber James Charles. Since James spent most of his time with Sway Boys and the talk went crazier after Bruce Hall, one of Sway Boys members, made the video “Noah Beck is Dating James Charles.” However, Noah shut down all the rumors with the message,

Noah Beck started making Tik Tok during the 2020 lockdown. His friends were already into a social media career long before him. Despite starting late, Noah became one of the fastest-growing social media personalities than any other boy. Today, he has over 30.3 million followers on Tik Tok, garnering over 1.9 billion likes. He started making several dances and funny content on Tik Tok.

In July 2020, he opened his personal YouTube channel, gaining over 1.58 million subscribers. He is also active on Facebook. In 2021, he made his acting debut with the 6 episode series called Noah Beck Tries Things.

Noah Beck celebrates his birthday every year in May, and this year, he turned 20 years old. He is a handsome young man who has won the heart of millions of girls with his attractive personality. Moreover, as an athlete, he possesses an athletic body build. He stands 5 feet 9 inches tall and weighs 74 kg.

Beck hits the gym regularly to make sure he is always in his best shape. His curly brown hair and cute smile are his signature look. In addition, he has brown eyes, and his sexual orientation is straight.

As of 2021, Noah Beck has an estimated net worth of $5 million. Following his social media success, he is considered a star, and several luxurious brands like Louis Vuitton, Moschino, Calvin Klein have recognized him as the VIP star. Noah lives a lavish lifestyle, gaining all the attention from his fans and several big fashion companies.