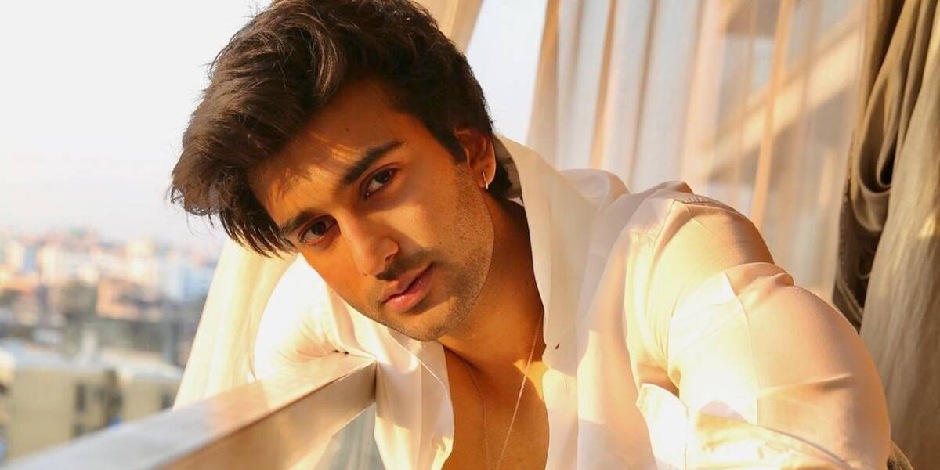 Meezaan Jaffrey is an Indian actor and assistant director who worked on several movies like “Malaal”, “Hungama 2,” and “Padmaavat”.

Besides this, he is also known as a son of a famous Indian actor, dancer, and comedian Jaaved Jaaferi.

Where was Meezaan born and raised?

Meezaan Jaffrey was born on 9 March 1995 in Mumbai, Maharashtra, India as a son of a father, Javed Jaaferi, and a mother, Habiba Jaffery. He has two siblings, and among them, one is a sister, Alaviaa Jaffery, and a brother Abbas Jaffery. Currently, he is at the age of 26, and his zodiac sign is Pisces, as he was born on 9 March.

Meezaan holds an Indian nationality, but he is quiet about his ethnicity, so there is still a question. Further, he follows the Islam religion.

Meezaan Jaffrey spent his childhood happily with his family and grew up nicely in a good environment with his siblings. His father is Jaaved Jaaferi, whose real name is Jaaved Jaaved Ahmed Jaaferi is a well-known Indian actor, dancer, and comedian.

Likewise, his grandfather is Syed Ishtiaq Ahmed Jaffrey, best known as Jagdeep in the entertainment industry and an Indian film actor and comedian. Meezaan Jaffrey grabbed people’s attention from an early age because of his father’s successful career.

Meezaan Jaffrey attended Ecole Mondiale World School, Mumbai, for his school-level education. After completing his school-level study, he went to New York to further study, where he joined the School of Visual Arts and took Business. Later, he graduated from the university.

How did Jaffrey start his career?

Meezaan Jaffrey has established himself as an actor, where his debut movie is “Malaal” as Shiva, where he gave his best performance. After that, in 2021, he made his appearance as Aahash “Akku” Kapoor in the “Hungama 2” in 2021.

Besides this, he worked as an assistant director for the movie “Padmavat”. Further, he also appears in several shows like “The Kapil Sharma Show”, “By Invite Only”, and “Adarsh Shinde: Udhal Ho”. He is still working hard to succeed in his career, as many people also appreciate his work.

Besides this, he gained the attention of many people for being the son of a famous Indian actor, dancer, and comedian Jaaved Jaaferi.

What is the relationship status of Meezaan?

Meezaan Jaffrey’s relationship status is still a mystery for his fans and followers, but there is a rumor about dating Navya Naveli Nanda. She is well-known as a granddaughter of Amitabh Bachchan, an Indian actor, film producer, television host, playback singer, and politician.

But, the couple has not confirmed their relationship with the media. So it is yet to be confirmed. Currently, Meezaan Jaffrey is living a happy and cheerful life with his family.

Meezaan Jaffrey is active on Instagram with the tag name (“@meezaanj”), where he has 454K followers and posted 423 posts. In addition, he has posted many good-looking and hot photos and videos that many people liked and commented on.

He also has a Twitter account with the tag name (“@jaavedjaaferi”), where he has 932.1K followers and tweets 23.3K times.

A good-looking, attractive, and talented Meezaan Jaffrey is an Indian actor who grabbed people’s attention as the son of a famous Indian actor, dancer, and comedian Jaaved Jaaferi. Currently, he is living a standard and wealthy life with an estimated net worth of INR 2 to 3 crore.