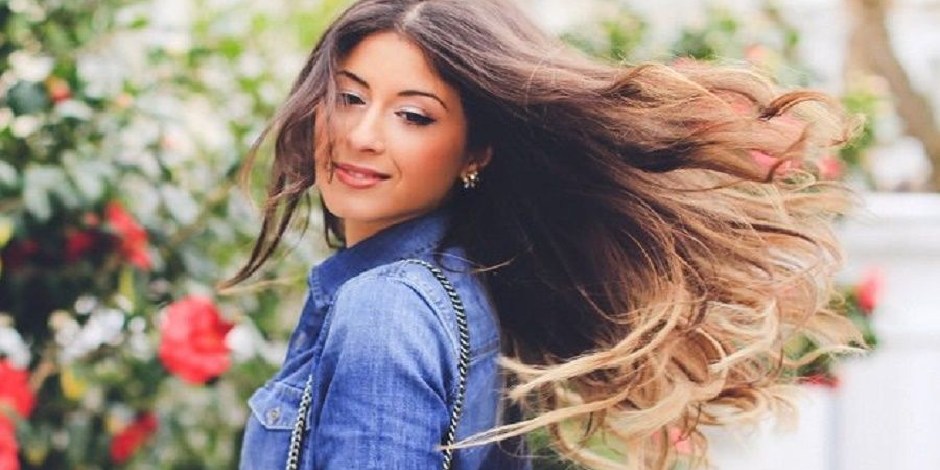 Mimi Ikonn is an Azerbaijan-born British social media personality and entrepreneur popularly known for her YouTube channel videos. She is also the co-founder of the hair business Luxy Hair and Love Hair product. She has gained many followers on her personal channel, where she shares videos of different kinds, including tour and travel, fashion, everyday life, house tour, motivations, and many more.

Where was Mimi born and raised?

Mimi Ikonn was born on 25th July 1986 in the capital of Azerbaijan, called Baku. Her real name is Mimi Naghizada, and she grew up with her younger sister, Leyla Naghizada, in Azerbaijan. When she was 16 years old, she moved to Toronto, Canada, with her family. She hasn’t disclosed any information about her parents.

Ikonn has Azerbaijanian, Canadian and British nationality. However, she belongs to the Azerbaijani ethnicity.

Where did Ikon go to College?

Mimi Ikonn is an educated woman. She completed her early education in her home country, Azerbaijan. She further continued her higher education in Canada, where she attended Seneca College of Applied Arts and Technology in 2006. She was studying International Business but dropped out of her college in 2008. The same year, she joined George Brown College, where she received the certification for Image Consulting in 2009.

How did Ikon start her Career?

The idea of starting a business, Luxy Hair, was the first strike in Mimi’s mind when she was looking for hair extensions or proper wigs for her wedding. Instead, she spent $200 to buy poor-quality hair extensions. Her husband, Alex, also got fired from his job and the couple, along with Mimi’s sister, decided to open up their own business. The primary focus was not to sell the product as much as possible but to add value to the people’s lives. That was how Luxy Hair was founded.

Mimi Ikonn was doing good in the business market, but it rose to a bigger platform after it was introduced to social media platform. There is a separate YouTube channel for Luxy Hair, where it has already gained over 3.15 million subscribers. The videos suggest tips and techniques take care of the hair.

Ikonn started another business called Love Hair with the growing business, introducing its own new hair care product. She also started her own YouTube channel, where she has posted tons of her personal videos, including family vacations, pregnancy, daily diets, and many more. She has also opened her own cookbook called Mimi’s Healthy & Delicious Recipe.

Mimi Ikonn met her future husband, Alex Ikonn, a Russian immigrant working in a bank in Canada. The couple fell in love and tied their knot in 2010. Ikonn gave birth to a beautiful daughter in 2016 and named her Alexa Ikonn. They currently reside in London, England, and are visiting from country to country most of the time.

Mimi Ikonn is currently 34 years old, going 35 in July of 2021. She is 166 cm or 5 feet 6 inches tall and weighs 57 kg. She has a tanned skin color and dark brown hair and eyes. Her physical health and diet are a major part of her daily life. She wakes up at 7 am and starts to medicate. She prefers to eat homecooked food rather than junk food.

As for her workout routine, she follows The 7-Minute Workout app or performs mini yoga, which she said in an interview with My Morning Routine.

Social media is an everyday part of life for Ikonn. She spent most of her time making content for her social media. Her YouTube channel had gained over 819 thousand subscribers. She also has huge followers on her Instagram, with over 1.2 million. She is also active on Twitter with over 15.5 thousand followers. She can also be connected in Linked In, where she has over 90 connections, and on Facebook, she has over 125 thousand followers.

What is the Current Net Worth of Mimi?