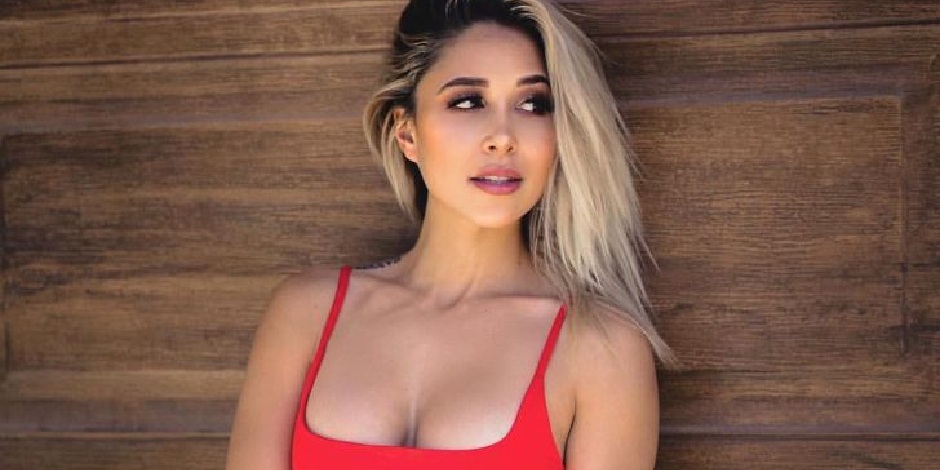 Tianna Gregory is a fitness model and social media personality who has gained many followers on Instagram for her jaw-dropping body proportion. People admire her for her amazing fitness routine, and she is motivated by many people who are struggling to maintain their bodies. She is also the owner of NEWD gym.

Where was Tianna born and raised?

Tianna Gregory was born on 14th March 1990 in California called South Lake Tahoe of the United States. Thus, she has American nationality. She was born under the birth sign Pisces. We don’t know much information about her family as she has hidden her family details quite well. However, we do know that she has mixed ethnicity of Russian, Hispanic, and Italian descent. She hasn’t mentioned anything regarding her siblings, but we believe she has one brother who she refers to from time to time in her social media.

Tianna Gregory hasn’t opened up about her educational background to the public yet as she does not prefer to speak about her life before gaining fame. But from the information we gained from various sources, she is a high school dropout. She decided to pursue her career in modeling, which led her to drop out from her high school.

How did Tianna start her Career?

Tianna Gregory started her career as a photoshoot model. She is assigned to Melusine Model Management. She is starting to gain fame after posting her hot pictures on Instagram. Her Instagram posts are filled with her almost nude and bikini pictures. Following the success of her rising modeling career, she launched her own gym and sportswear line called NEWD with her best friend and a fitness freak, Chrissy. The gym has attracted an amazing number of people thanks to her friend, social media popularity.

You might also wanna check out Fitness Model Galina Becker

Apart from launching her own brand, she has modeled for several brands and magazines, including Adidas, Smokeshop, AYC, and many more. She has also appeared in a commercial for the energy drink Bang. In 2015, she appeared in the music video of American singer Jason Derulo’s hit song, “Want to Want Me,” as his love interest. In addition, the following she appeared in the short video, The Making of Achawaii48: Annachonda Cove Hawaii 48-hr Bikini Shoot as a model.

Who is Gregory married to?

Tianna Gregory is a married woman and a proud mother of a beautiful baby girl. Looking at her physical appearance, it might be a huge surprise for her new fans out there. However, she can handle her personal life as a good mother and wife as well as her career in a professional manner. She is committed to the singer Noah James and gave birth to her first child, Shadow Rae Cook, in 2019.

Gregory was previously rumored to be dating photographer and her best friend, Van Styles, back in her early modeling career.

Gregory stands 5 feet 3 inches tall, weighing 56 kg. Her body measurements are 37-25-38 inches. She possesses black eyes and black hair, but she prefers to dye her hair blonde.  She has a tattoo on the back of her right chest. She is a vegetarian.

Tianna Gregory turned 31 years old in March of 2021. When it comes to her physical statistic, she has an amazing body proportion that she gained with her intense workout routine and healthy diet. Being a mother, she has able to maintain her body quite amazingly. Her extreme workout has been shown on YouTube as well. You can take a glimpse of her work in “Tianna Gregory Fitness workout Motivation”.

What is the Current Net Worth of Gregory?

As of 2021, Tianna Gregory has a net worth of 1 million dollars. It is already clear that she makes millions from her modeling career. Her business, NEWD gym, is also doing well in the market. She has also endorsed several brands like Bang, Stripped Lash, and many more, which only adds to her amazing net worth. She is currently living a life of luxury, covering herself with luxurious and trendy clothes.