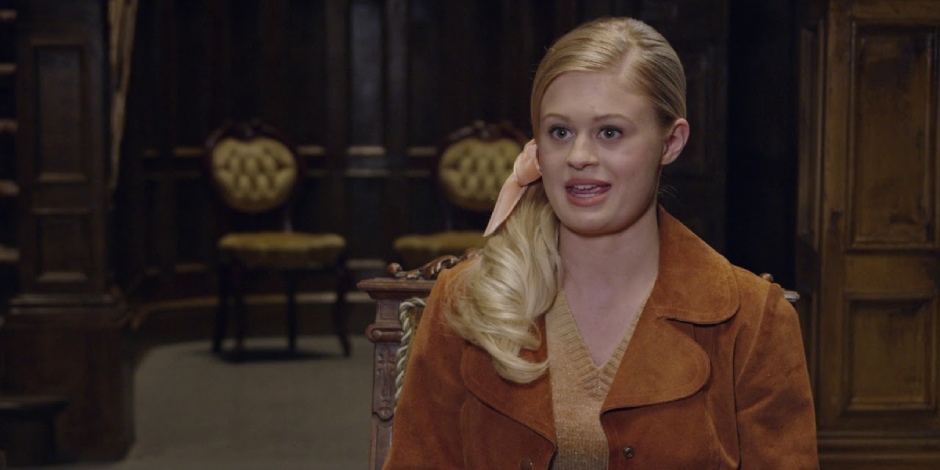 Natalie Ganzhorn is a talented actress from Canada who is known for her several film and television appearances. She is popular for her role in the film, Scary Stories to Tell in the Dark and in television series Doki Adventures, Make It Pop, The Stanley Dynamic, and The Set-Up.

Where was Ganzhorn born and raised?

Ganzhorn was born on 7th May 1998 in the capital of Canada, Toronto. Ganzhorn initially had her interest in public speaking. She used to travel to different countries like South Africa, Dubai, Hong Kong, and others representing Canada internationally. She loved to perform in mass audiences which is the reason for her growing interest in acting.

Ganzhorn is Canadian and her ethnicity is white. She is 22 years old turning 23 in May of 2021.

Ganzhorn was educated in Canada in The Country Day School.

In 2015, Ganzhorn landed the major role as Heather in the series, Make It Pop making her appearance in over 21 episodes. she further appeared in the television movie, Holiday Eve and Best Intentions. Natalie Ganzhorn is also praised for her role as Ruth Steinberg in the film, Scary Stories to Tell in the Dark in 2019. Ganzhorn has further played the main role in the series, The Stanley Dynamic and The Set-Up.

Natalie Ganzhorn is currently in a relationship with the producer, Frank Walker. There are several pictures of the sweet time together on her social media. She also has a pet dog.

She is a beautiful woman having blonde hair and brown eyes. her distinctive features are probably her big eyes and lips.

Ganzhorn is into luxury goods and fashion. We can see that she is living quite comfortably and independent of her choices and fashion.