One of the TV Show that made Natasha Leggero famous was MTV’s The 70s House, where she was the host. She did a remarkably great job there and also in a show named Chelsea Lately. Except for these, she worked in many other shows and even in some movies as well. Natasha Leggero uses an observational method of comedy.

Where was Natasha Leggero born and raised?

Natasha Leggero was born on 26th March 1974 in Rockford town in the state of Illinois, United States. Leggero was just a child when her parents divorced. Her father used to be a used car dealer, and her mother was a bookkeeper. After the divorce, she had a rough childhood as she had to work in stores, mowed the lawn, distributed newspapers, and others. She went to Rockford East High School and went Illinois State University.

Natasha is of Swedish and Italian descent. She was born and raised in Roman Catholicism, but as an adult, she chose to follow Judaism. She was from a lower-middle-class family back then. 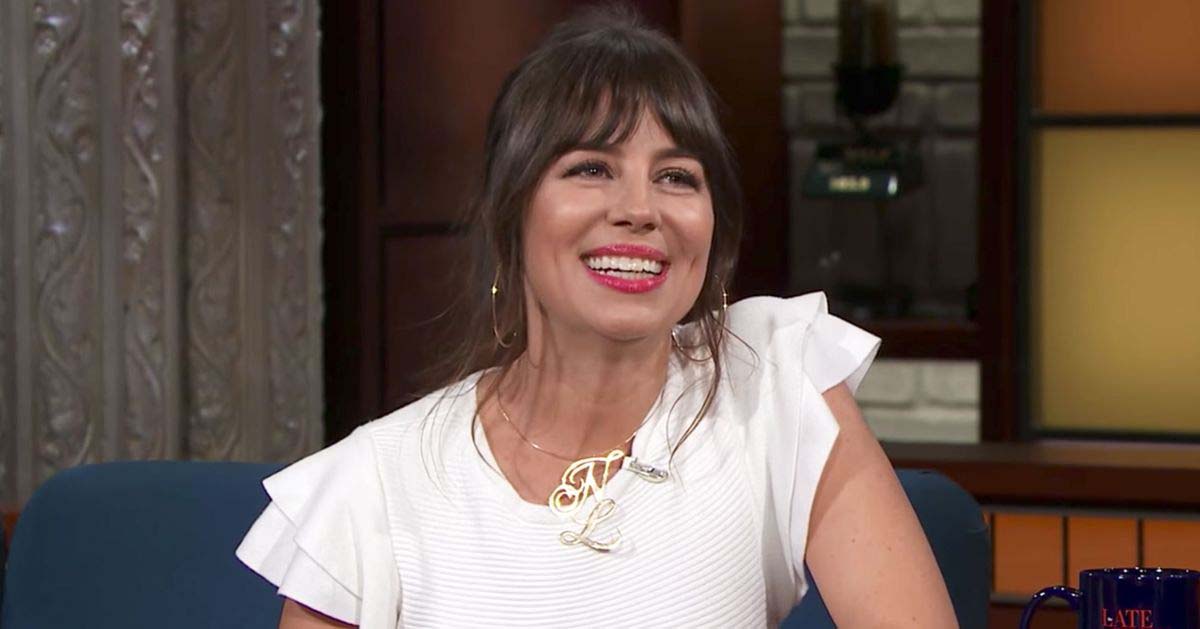 She never gave up even though she had to work hard to survive and study. Natasha Leggero moved to Sydney, Australia, in 1996, along with her boyfriend, and settled there for a year. As she noticed, it might be better if she finishes her studies, so she went back to New York in 1997 to attend a public university in New York, Hunter College. She graduated from there in 2000. She moved to Los Angeles with a B.A. in theater criticism.

How did Natasha start her career?

Natasha Leggero first performed her play at the age of 10 while she used to work for her living. She played a small role in the television show The Joe Schmo Show in 2004. But the following year in 2005, her life took a turn when she got the part of a host in the reality tv show named MTV’s The 70s  House. In the show, she was named Dawn. The show was about people, or we can say participants were kept in the surroundings or homes like the 1970s where they don’t get to use gadgets and all.

It was actually like living in the 1970s. Here Natasha did a great job with her motivation and high spirit, and she was able to earn fame from the show. Natasha Leggero appeared in other shows on Comedy Central tv channel consisting Roast of Pamela Anderson and Reno 911.

In the tv show hosted by comedian Chelsea Handler, Natasha Leggero was selected as a panelist guest. It was between 2008 to 2014 that she appeared in some episodes of Chelsea Lately. She did several stand-up comedies on several shows like the Last Call with Carlson Daly, Premium Blend, The Tonight Show with Jay Leno, and others. 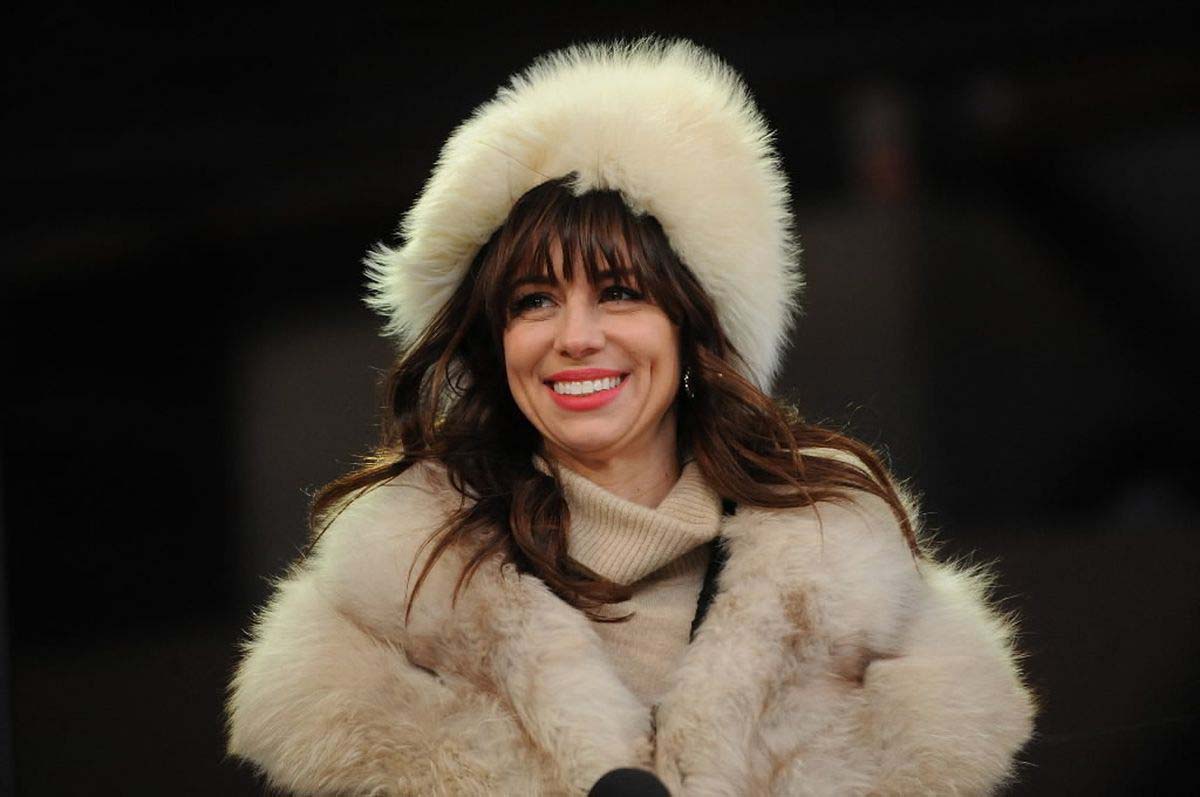 Due to her outstanding performance and humorous personality, Natasha Leggero was selected as a judge in one of the reality TV shows named Last Comic Standing in 2010. This show was searching for the raw talent of the participants. Well, Natasha served great here. She worked as a co-host of the podcast show The Lavender Hour from 2010 to 2012. She worked with another comedian Duncan Trussel there.

She also expressed and performed well on the 3rd September 2013, Comedy Central Roast, where she served as a roaster and roasted James Franco brother of Dave Franco, one of the famous and successful actors. Natasha Leggero and Riki Lindhome created a series named Another Period, which was premiered on 23rd

June 2015 in Comedy Central Channel. They also did the other two seasons for the show in the following years. Along with her life partner Moshe Kasher, she performed some standup comedy shows making it funny about relationship advice.

Natasha Leggero also did voice acting for the animated series Supernews and Ugly Americans. She copied the voice of Hilary Clinton and Sarah Palin in the shows. After all her effort throughout her life, she is a happy mother now.

A humorous and gorgeous woman, Natasha is in her mid-forties, which is 46 years old. She is a proud American who has struggled a lot in life to get to this stage where she is today. Being poor and left out, she didn’t give up and worked twice hard. This woman has become an inspiration to many people.

She is quite a short person standing 5 feet and 1 inch (155 cm) with perfect body measurements 34-25-35. Her zodiac sign is Aries. She has beautiful eyes that are light brown and naturally brown hair. 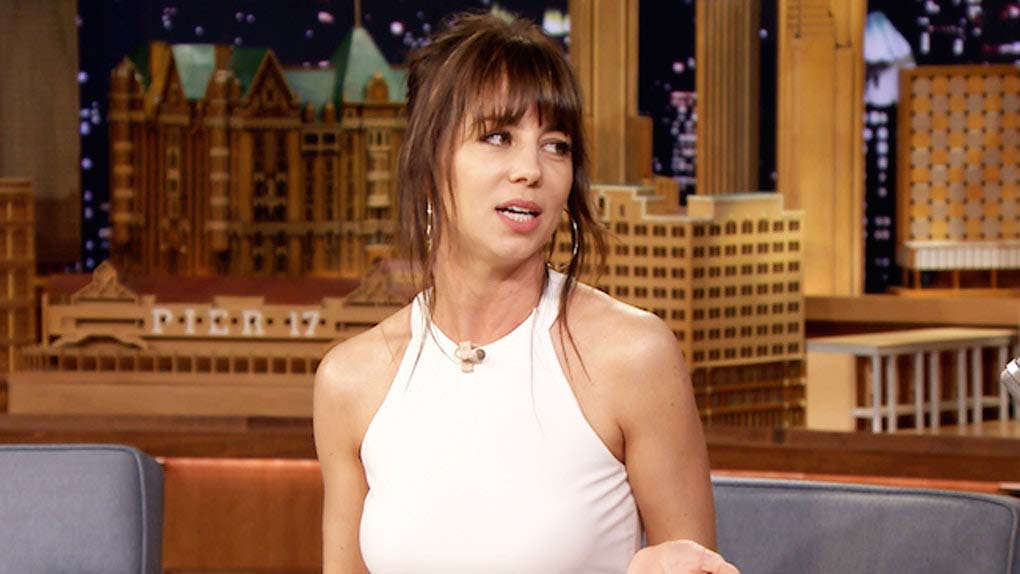 Who is Natasha married to?

In 2011, Natasha dated her partner or host of the podcast, The Lavender Hour, whose name is Duncan Trussell, a comedian. The relationship didn’t last much, and they parted ways in 2012. After that, to be known, she married an American comedian Moshie Kasher. This couple had a baby in early 2018. She is quite happy about having a kid. And she has been spending good quality time with her family even though being a busy comedian.

What is the current net worth of Natasha Leggero?

Natasha has been in acting in the film industry for more than 15 years. Considering her Past earnings and her future undertakings, Natasha Leggero has an estimated net worth of $2 million.