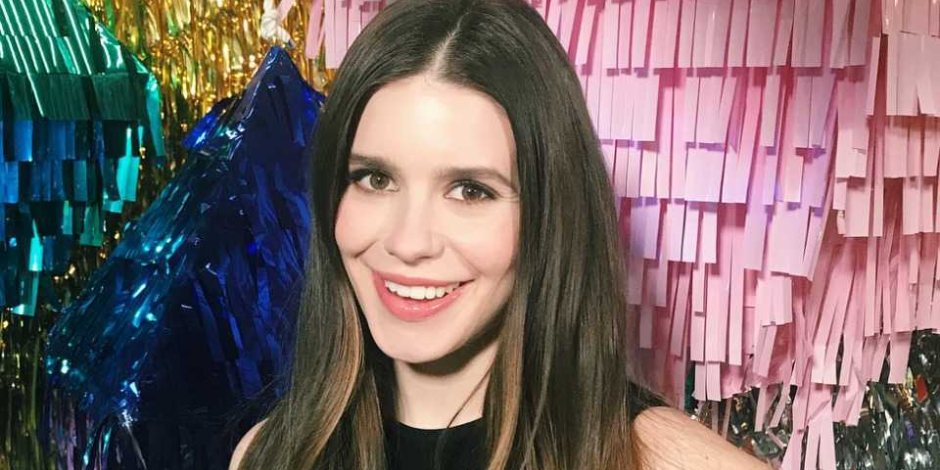 Philippa Coulthard is a talented actress from Australia who made her television debut with the main role, K-9 portraying the character of Jorjie Turner. She is further known for her lead role in the series, Lightning Point and Secrets and Lies.

Where was Coulthard born and raised?

Coulthard was born on 25th November of 1992 in the capital of the state of Queensland called, Brisbane in Australia. Her birth name is Philippa Anne Coulthard. She has a younger brother named Jublet. She was involved and interested in acting since her early childhood. She took dance classes in Promenade Dance School when she was only 4. Coulthard is a pet lover. She also loves to sing and can play the piano. She currently resides in Austin, Texas.

Coulthard’s ethnicity is white and she has nationality Australian. Her sexual orientation is straight and has a zodiac sign, Sagittarius.

How did Philippa start her career?

Philippa made her film debut in 2007 when she was only 14 years old. Her first role was Rose in a drama film, Unfinished Sky. Coulthard made her television debut in 2009 with the British-Australian science-fiction series, K-9 as the main character Jorjie Turner alongside Dan Castellaneta and Jim Belushi.

Philippa Coulthard appeared in the science fiction film, After the Dark as Poppie in 2013. Her other film appearance is Now Add Honey and Annabelle: Creation.

In 2012, she played another main role in the Australian teen drama series, Lighting Point as Amber Mitchell, and another main role in the drama series, Secrest & Lies portraying the role of Tasha Gundelach in 2014. Her other small television appearances are Bikie Wars: Brothers in Arms, The Catch alongside Annie Wersching and Mireille Enos, Howards End, Gone, and For the People.

Coulthard is single and she has been single for a while now. We don’t know much about her past relationship either.

Philippa Coulthard is active on Instagram where she has gained over 18.4 thousand followers. She can be connected by @philippacoulthard.

What is the current net worth of Philippa Coulthard?

Philippa Coulthard’s net worth as of 2021 is around 1.7 million dollars. It is her few and notable television roles that helped her to achieve such a fortune in a short time.

Coulthard is living her life to the fullest meeting friends, visiting places, dressing up, and enjoying holidays. She is into fashion and we can see her living luxurious life by visiting branded clothes collections of famous designers.