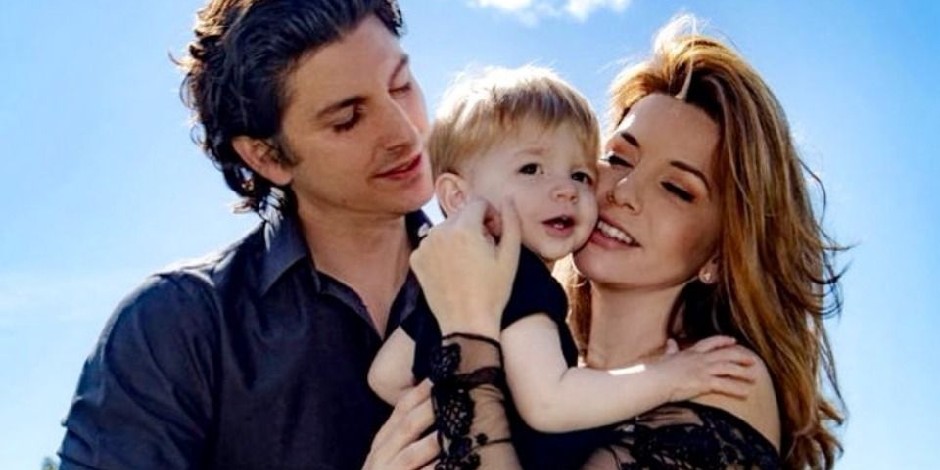 He was best known for being the husband of American actress, author, and producer Masiela Lusha. Masiela is famous for her appearance in an American sitcom, George Lopez as “Carmen Lopez.”

Ramzi Habibi was born on 4th August in the United States. There hasn’t been the exact date of birth, but we believe he was born somewhere between the 1980s or the 1075s. He hasn’t disclosed any further information regarding his family members, but we know that he has mixed ethnicity and American nationality.

Check out the latest updates on Brianne Howey

Where did Ramzi go to school?

Ramzi Habibi is a well-educated man. He completed high school in his hometown. He later received his Bachelor’s degree in Economics, Finance, OPIM from a private institution called The Wharton School of the University of Pennsylvania. The school is considered one of the best business schools in the world. He further joined CFA Institute to received his certificate for Chartered Financial Analyst (CFA).

How did Habibi start his Career?

Ramzi Habibi is a degree holder in management. After completing his university from a prestigious business school, Habibi moved to the capital of Dubai, U.A.E., where he did his internship at SHUAA Capital. He also returned to New York and interned in PepsiCo.

Finally, Habibi worked for Lehman Brothers from July 2006 till Jun 2008 as an Investment Banking Analyst. In July of 2008, he joined the Oaktree Capital Management company as a Managing Director. Since then, it has been over 13 years of his career in the company. He has still been working for the company as a Managing Director and Co-Director of Research.

Who is Habibi married to?

Ramzi Habibi is committed to Masiela Lusha. She is a well-known actress and author. She is one of the reasons that Habibi is popularly known in public media. The couple started dating each other in 2012. A year later, in July, the couple got engaged.

Check out the latest updates on Vernell Varnado

They tied their knot on 8th December 2013. The couple had their lavish wedding in Coromandel Peak, where they exchanged their vows. Heli Wedding NZ held their wedding. The couple’s wedding was held in a small intimate circle but extremely lavish. They took two helicopters to Wanaka from Queenstown. The couple’s awesome pictures have been displayed on the site Larrson.

As of 2021, the couple has been leading a happy married life. The couple has been blessed with a son and daughter whose name is still disclosed to the public. They currently reside in Los Angeles, California, United States. They also have a pet dog.

Ramzi Habibi is probably on his early 40s. He has a tall height, and average body build. He possesses wavy hair and blue eyes. His exact body measurements are still a mystery to us. As for his sexual orientation, he is straight.

Ramzi Habibi is not much of a social media user. However, he is active on Twitter which he joined in 2011. However, he has been inactive from Twitter for a while now. He can be connected on Twitter by @RamziHabibi. Habibi is also on Instagram with a limited number of 138 followers which he has kept private. He can be connected by @ramzihabibi. He further has his professional account in Linked In with over 500 connections.

Check out the latest updates on Teddy Ruks

What is Ramzi’s Current Net Worth?

Ramzi Habibi has an estimated net worth of $3 million as of 2021. It is already clear where he earns his millions from. He is living a luxurious life with his wife and two children. His wife, Masiela Lusha, is also successful and has a $2 million net worth. Together they are maintaining a lavish lifestyle.