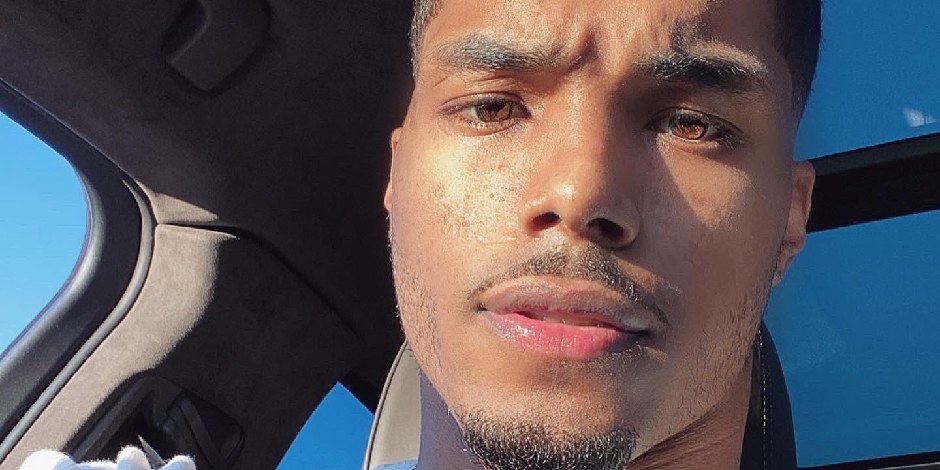 Rome Flynn is an American actor, singer, and model well-known for his role as Zende Forrester Dominguez in the American television soap opera “The Bold and the Beautiful.”

Rome has won Daytime Emmy Award for his performance as Zende.

Where was Rome born and raised?

Rome Flynn was born on 25th November 1991 in Springfield, Illinois, United States. His full name is Rome Trumain Flynn, and he was born to Nicky Alexander, a restaurant owner. Unfortunately, no information about Rome’s father has been disclosed yet, and we believe his parents separated a long time ago.

Rome is the eldest among his eight siblings, namely Nino Flynn, Steevan Wooten Jr., Kartel Flynn, Wisdom Flynn, Neecole Flynn, and Love Burnes Flynn. Along with seven siblings, he was raised by his mother alone and almost became homeless at one point. She has a restaurant in Springfield called Nickey’s Southern Style Kitchen. Rome has American nationality and Afro-Cuban heritage. He further has the birth sign Sagittarius.

Rome was an active basketball player during his high school. He is a Lanphier High School graduate of 2010. Rome later gained a scholarship from Benedict University and was actively playing basketball until a Scout discovered him.

How did Flynn start his career?

Rome Flynn first started his career in 2013 with a video, “The Haves and the Have Nots.” Following year, he appeared in “Two-A-Days,” and tv movie “Drumline: A New Beat.” In 2015, Rome made his breakthrough with the tv series “The Bold and the Beautiful,” where he portrayed the regular role as Zende Forrester Dominguez alongside stars Landry Allbright, Musetta Vander, Linsey Godfrey, Gwendolyn Osborne. He was Daytime Emmy Award for Outstanding Younger Actor in a Drama Series in 2018 for his performance.

Following the success of the series, Rome landed further roles in the series “The Haves and the Have Nots,” “How to Get Away with Murder,” “Raising Dion.” He also appeared in the film “Ten,” “The Thinning: New World Order, “ ½ New Year,” and “A Madea Family Funeral.” Additionally, Rome Flynn has released his single songs “Brand New,” “Keep Me In Mind,” and “Drunk With You.”

Rome Flynn is currently single, but he has a beautiful daughter named Kimiko, born on 12th December 2014. He has several dating histories that are unheard of as he does not prefer to open about his love life. Rome was previously in a relationship with Camia Marie. When Kimiko was born, everyone thought that it was Camia’s daughter. Unfortunately, Rome was in a relationship with Molly Noriko at that time.

Apart from his love life, Rome Flynn enjoys playing guitar and singing. He also writes his songs. When Rome is not working, he is either on the basketball court or in his gym.

Flynn is a health freak, and he spends a great time in the gym. He is also a model who stands 5 feet 9 inches or 1.75 meters tall and weighs 60 kg or 132lbs. Rome possesses an athletic body build measuring 39-30-37 inches. As an African-Cuban descent, he has black afro hair and black eyes. In addition, he has a straight sexual orientation

Rome is also a Tik Tok user. He loves to share small clips of his singing, driving, playing basketball, and times with his pets. Rome further has opened a channel on YouTube where he posts the videos of his songs and covers.

Rome Flynn has an estimated net worth of over $1 million as of 2021. He is living a luxurious life and does not hesitate to show his lavish life. He loves fashion and luxury cars in which he spends his millions on. We can also see him covering himself with all diamond jewels and rings.